What Is Jaiden Animations Sexuality? Know Their Pronouns 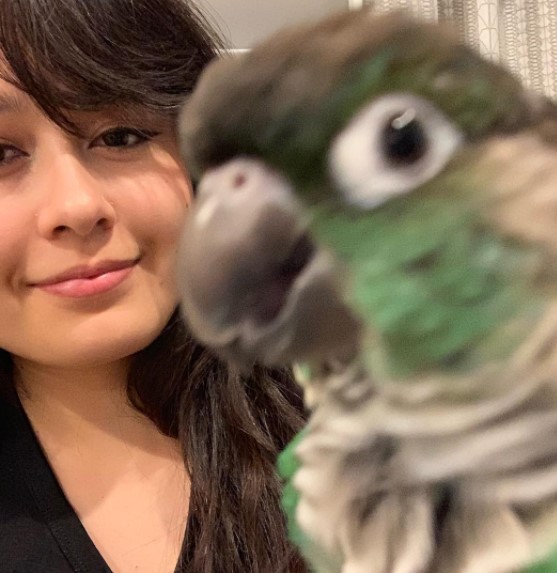 Jaiden Animations is a prominent animation creator who uploads storytime videos and animations on her Youtube channel. The YouTuber's videos consist of a variety of topics including her stories, experiences, as well as video games. Recently Jaiden came out as aroace - aromantic and asexual.

The youtuber Jaiden Animations's real name is Jaiden Dittfach. Born on September 27, 1997, in Arizona, the United States of America, Jaiden's age is 24 years. The content creator will be turning 25 this coming September 27. Her zodiac sign is Libra. Jaiden's ethnicity is mixed. She is half Japanese and half german. Despite her father being German and her mother is Japanese, both of them were born in Canada.

Besides, Jaiden also has a younger sibling, a brother named Jax Dittfach who has made few appearances on her videos. The animator went to Arizona State University.

At the age of 17, Jaiden first created her YouTube channel. Since then, the YouTuber has uploaded animated videos describing stories about her personal life. Additionally, Jaiden is also a part of the "Animation Squad"  which consists of YouTuber TheOdd1sOut.

As of the present. Jaiden's Youtube channel has over 11M subscribers in total.

What Is Jaiden Animations Age?

On March 20, 2022, Jaiden Animations uploaded a video on her Youtube page titled " Being Not Straight". The content creator talked about her experience with sexuality growing up and revealed she never developed an actual crush in her pre-teen as well as young adult life.

Jaiden further went on to state that initially she believed she was either Bisexual or pansexual but later realized she only experienced platonic love in her life. As there were little to no representations about aroace sexuality, Jaiden discovered it consciously in her journey to self-discovery.

Jaiden revealed in the video that she came out to bring orientations to the surface but didn't plan to talk about her sexuality for a while. The Youtuber was praised by a plethora of people for posting such an informative video and shining the spotlight on the aroace community. People also commented that her video was going to be helpful to a lot of people out there.

Aroace sexuality use "she" or "he" pronouns. Those who don't wish to identify with either of the pronouns use "they/them". Jaiden Animations usually goes by the pronouns she/her.

The famous animator had kept her identity confidential up until June 26 2016 when Alex Clark uploaded a picture with other content creators including Jaiden. Nearly a year later on April 6th, 2017, Jaiden uploaded a video titled "Why I Don't Have a Face Reveal" where she says she did not want people to judge her content based on her appearance.

Besides, Jaiden being a shy person who felt she wasn't good enough wanted to keep her privacy.

Jaiden animation's boyfriend was said to be Robert James Rallison, who is known as "TheOdd1sOut". However, the two are only good friends and have never dated each other. Besides, Jaiden recently came out as Aroace. Aroace is a person who is aromantic and asexual. However, the YouTuber did mention before that she'd been to dates on numerous occasions in the past.

Thanks @Terraria_Logic for sending me this giant very heavy meowmere sword lmaoo
I hope you guys make more because this is the coolest thing I’ve ever been sent pic.twitter.com/gdE1XetzJd — JaidenAnimations (@JaidenAnimation) February 22, 2022

Jaiden Animations' net worth is estimated to be around $5M.