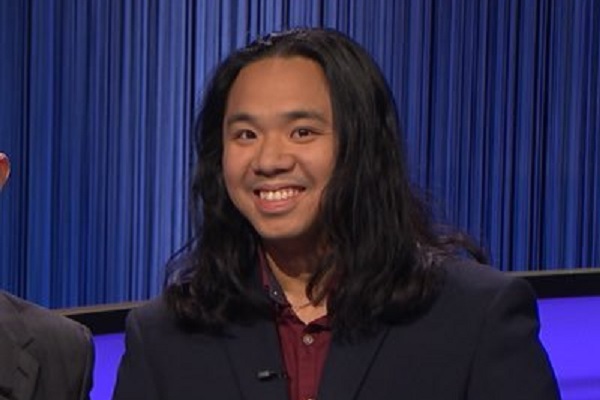 A new episode of Jeopardy! It aired on Tuesday, January 3, 2023, featuring three players, Ray Lalonde, Claire Theoret, and Lloyd Sy. Ray, a Toronto-based scenic artist, secured his 13th consecutive win on Monday, January 2, earning a total of $370,400. He is said to be in his early 50s, making him the oldest super-champ in Jeopardy! History.

Likewise, Claire Theoret is a high school registrar from Essex who competed against two participants. Furthermore, people's concern regarding Jeopardy! Today's winner has gained huge attention. Over many years, it has become one of the most loved game shows in the country and worldwide. The final round also provides some much-needed growth to its increasing popularity. So, who is the winner of today's Jeopardy?

Also See: How Much Is John Odom Net Worth? ‘Street Outlaws’ Star Is a Millionaire!

Yes, you heard it right. The winner of January 3, 2023, Tuesday's Jeopardy winner is none other than Lloyd Sy. As said earlier, Ray Lalonde was the winner of Monday's episode. But on Tuesday, he was defeated by Lloyd Sy.

The categories for the first round had "Fiction's Fictional Places, American Art & Artists, Orgs. For Short, Romantic Movie Lines Here's Looking At "U," Kid Cuisine." All three player was doing well initially. Although Lalonde lost the first Daily Double to Lloyd, he won the first round. Lalonde gave ten correct and two incorrect answers, taking $5,000.

Despite picking a Daily Double, Lalonde could not maintain his top position in round 2 as he gave four wrong answers. The scores of the second round were Lloyd's $12,490, Ray's $12,000, and Claire's $11,200. The second round was quite tough. All three contestants correctly answered the final question in the Final Jeopardy round. As Lloyd took the lead in the second round, it affected round 3's total points. On the other hand, Lalonde wagered all his money from today's episode but was still behind in winning the latest episode by $490.

Click and See: Who Is Alex Brizard From 'The Circle' Season 4? Explore His Wiki, Age, Job And Net Worth

As said earlier, the final Jeopardy winner is Lloyd Sy. Ray Lalonde landed in second place, and Claire landed in third place. The last question in the January 3's episode, in the form of a clue, was,

"Early in her career, she translated romance novels into Spanish, often changing the dialogue to make the heroines smarter."

So, the correct response to the final clue was "Isabel Allende." All three players gave correct answers. However, Lloyd's topped the scoreboard. With that, Ray will return to the game show in the Tournament of Champions 2023. On the other hand, Lloyd will continue to play and return for his second game in the next episode, which airs on January 4.