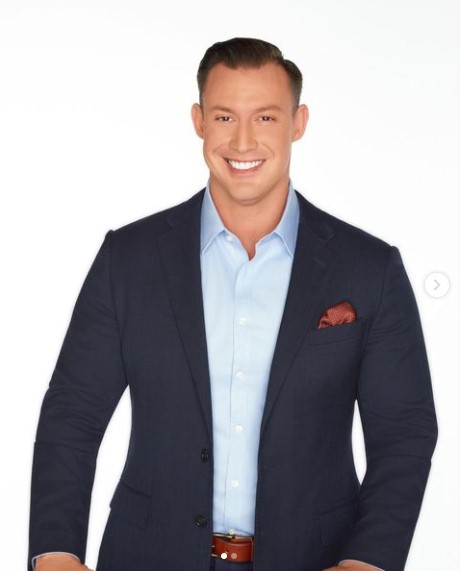 The veteran is the owner of JJJ Consulting LLC which is a consulting company.

Born on 21st July 1986, Johnny is 35 years old. He spent his childhood growing up in Dalton town, Northwest Georgia. As a kid, the Fox News host loved playing sports like football, baseball, track, and field. Johnny's father was a brick mason and he helped his father a lot growing up. Not much information is available on Johnny's family life.

In 2011, Johnny enrolled at the University of Maryland Global Campus to study Political Science and History. After that, he attended Georgetown University in 2012 to study Bachelor of Arts in social and public policy. 2 years later, he graduated with a degree in liberal studies in 2014.

The Fox News host is married to his wife Meg Garrison Jones. Johnny Joey Jones's wife Meg is the Programs Director for the Boot Campaign, a national military non-profit in Texas. The duo lives with their kids in Newnan, Georgia. Meg Garrison met Johnny while studying in high school in Dalton in 2003. After dating for some years, Johnny married Meg on September 30, 2012, at Marine Corps Barracks 8th & I in Washington.

Johnny seems to have three kids with his wife Meg and one kid from his earlier marriage.

Who Is Johnny Jones' Ex-Wife?

US veteran Johnny Jones' relationship with his ex-wife isn't revealed. The host of Fox Nation hasn't talked about his ex-wife with the public and not even her name is known. However, Johnny does have a kid with his ex-wife who he is raising with his current wife Meg with his other three children.

What Does Johnny Joey Jones Do For Living?

Previously, Jones served 8 years in the United States Marine Corps. Unfortunately, he got injured in 2010 in Afghanistan which resulted in multiple serious injuries including the loss of both legs above the knee. After recovering at Walter Reed Military Medical Center Jones attended Georgetown University.

After the injury, Jones spent most of his time recovering at the medical center and simultaneously working in military nonprofit leadership. Jones also became the COO of Boot Campaign, a Texas-based nonprofit concentrated on patriotism and wellness. He developed and executed the military programs at Zac Brown’s Camp Southern Ground in central Georgia.

As of present, the US veteran serves on the board of directors for Boot Campaign and the independent fund-raising effort called Boot’n and Shoot’n in Dallas, TX. Jones also owns a company called JJJ Consulting LLC that provides corporate clients with consulting on leadership, teamwork, overcoming adversity, and personal growth.

The podcast host is on Instagram with over 67K followers and Facebook with over 82K followers in total. Jones is also on Twitter with over 218K followers. Besides, he is on a professional networking site called LinkedIn as well.

Johnny Joey Jones's net worth is estimated to be around $6M. The veteran has earned his income by being a Marine for nine years, his job as a Fox News contributor as well as a motivational speaker.