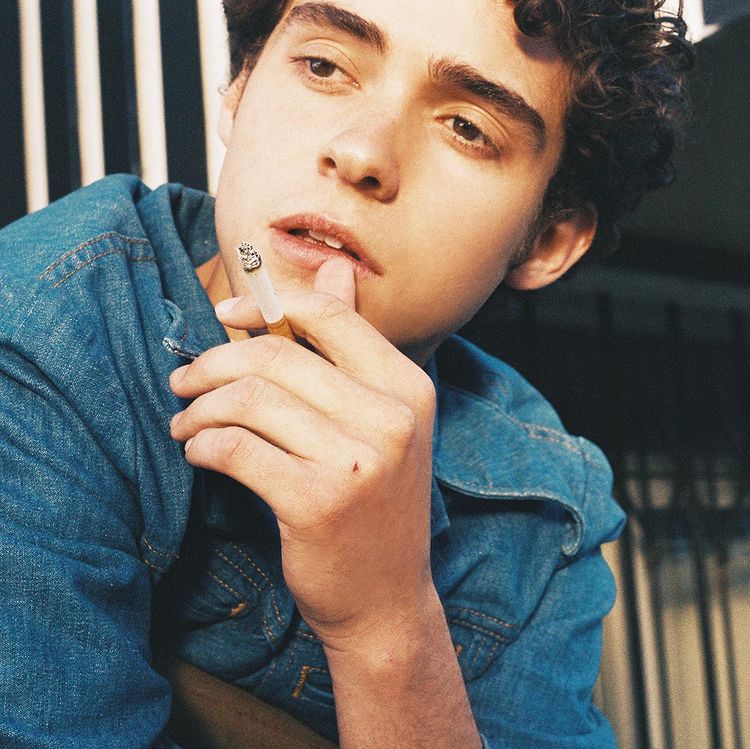 Fans immediately fell in love with Joshua Bassett after High School Musical: The Musical: The Series that premiered on Disney+ in November 2019.

Before his debut on Disney+, the actor had an appearance in the movie Stuck in the Middle, but it wasn't until his fans heard him singing that his voice charmed every female fan. Fans got smitten by his voice and went crazy over him.

As Bassetts’s fame grew, his fans started to become much more eager about his love life and relationships.

While the rumors grew, Joshua Bassett was speculated to be together with his co-star Olivia Rodrigo. Although the pair has not yet confirmed anything on the topic it has been times they were cozied up together.

The actor was also rumored together with Sabrina Carpenter and the love triangle between the three was quite a drama to discuss.

So, let us visit the timeline of the actor’s dating history and details on the relationship status.  Read more: Euphoria Actor Jacob Elordi Is Gay? More on His Sexuality and Relationship

As it is quite evident that Bassett has been seen with the most talked ladies from Hollywood and is rumored to be in a love triangle with Sabrina Carpenter and Olivia Rodrigo.

This has sparked many fans' questions regarding the individual’s lives followed by the instances that led to such and whether either of the girls is dating Josh.

It is rumored that Joshua Bassett dated Olivia in 2020 before he chose Sabrina. But does he have a girlfriend now? Who is she? Let us break down the timeline to know more about the actor’s personal life.

After the premiere of HSMTMTS, fans were pretty much convinced that the duo was dating in real life as well.

Yet they have not confirmed anything on the matter or have talked about them on and off-screen. But in an interview in 2020, Olivia Rodrigo expressed she loves Joshua Bassett too much and considers him her best friend.

And added by saying the affection made the acting very authentic. She also said that for moments she felt like she was not acting and was living the moment as in real life.

Going down memory lane, the duo met on the sets of Disney+ when they were rumored to be dating each other. Many fans speculated that the pair dated in early 2020. But neither of the two ever officially confirmed their relationship.

Rumors and speculations claimed that things came to an end when Joshua was linked to singer Sabrina Carpenter around July 2020. The love triangle flared much when various subsequent songs hinted at a love triangle.

While Joshua and Olivia did not officially confirm their relationship or breakup, Olivia was publicly seen sharing her immense pain and heartbreak on her TikTok account in August 2020.

Similarly, in January 2021, Olivia Rodrigo released a major hit song that was quite downloaded on everyone’s playlist. The song was composed with the name “Drivers License” prompting to love triangle.

Many fans speculated that the lyrics were pretty much about the love triangle and her heartbeat with Joshua Bassett.  Read more: Is Pretty Little Liars Cast Malia Pyles in a Relationship? Meet Her Boyfriend

When a fan claimed that the duo was spotted together at a Black Lives Matter protest in L.A. Another fan also claimed that she witnessed Joshua Bassett kissing Sabrina Carpenter on her forehead.

Later, after a few months, the pair were pictured together laughing and having lunch with her sister, Sarah Carpenter. It was not until Halloween 2020, that the speculations between the two fired up after both Joshua Bassett and Sabrina Carpenter shared a TikTok video of themselves dressed up as Sharkboy and Lavagirl.

A social media user also shared pictures alongside Sabrina and Joshua back in January 2021, while they were seen together in Park City, Utah.

The pair were also spotted attending the Harry Styles concert together back in October 2021. Later, the duo was separated for reasons that are still unknown.

However, Joshua Bassett has confessed that being in a relationship is somewhat of huge responsibility and he is not sure if he is ready for it. While Joshua and Olivia remain good friends and we can assume it is the same with Carpenter as well, the actor is now all set for new projects and films.