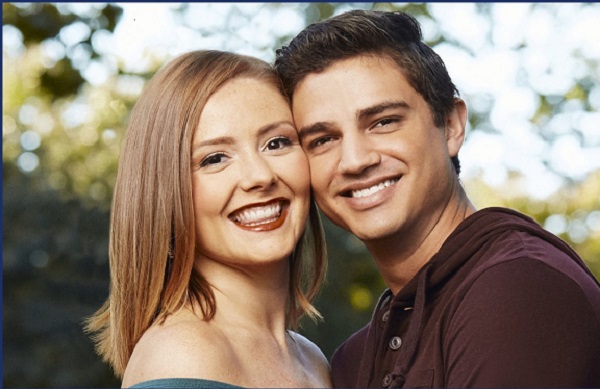 Kara Bass and Guillermo Rojer are a power couple famous for their appearance in their favorite reality tv show, 90 Day Fiancé.

They were the first 90-Day Fiancé season 9 pair to tie the knot onscreen.

Not to mention, 90 Day Fiancé is a famous American reality television series airing on TLC that follows partners who have applied for a K-1 visa to their foreign partners as American citizens and have just 90 days to tie the knot.

So, Rojer and Bass are one of the pairs who have gained people's attention lately after sharing their baby news via an Instagram post.

But they are not only the duo to share the news; another 90 Day Fiancé couple, Thaís Ramone and Patrick Mendes are also expecting their first child.

So, now, let's move on to today's concern which is all about the pregnant news and love life of the doting pair, Kara and Guillermo.

Kara Bass and Guillermo Rojer are making headlines on the internet after they shared their baby news on Instagram recently.

The reality star shared the happy news via her IG, where we can find her as @karaleona. She shared some collections of her snaps showing her baby bump alongside her husband.

And the caption of the video revealed that Bass and Rojer are going to be parents soon as their baby will be born in late November 2022. Instantly, they began getting numerous messages and congratulations from their fans and followers.

Some of them also asked about the baby's gender, but it remains a surprise.

So, we will keep an eye on the life of Basa and Rojer and provide more information in the future. Apart from that, their marriage is also one of the most searched topics on the internet as fans want to know when they begin dating.

Starting with their first meeting, Kara Bass and Guillermo Rojer reportedly met during a trip to the Dominican Republic. During that time, Rojer used to work as a waiter. Shortly after knowing each other, they developed romantic feelings.

Later, Bass moved to the country for work. So, they started living together. Initially, there were some troubles in their relationship as Bass' past affairs were also shown in the show.

It is said that Bass previously dated Kris. In the show, Kris talked about Bass with Rojer about their wild relationship that created more drama in their love.

After making their TLC debut on the 9th season premiere of the hit series on April 17, Bass and Roger tied the knot on July 23, 2021. The wedding ceremony was organized in Albemarle County, Virginia, and was attended by their family and close ones.

Besides, they also paid a heartfelt tribute to Rogers' late brother, José Joaquín, who passed away from renal failure. Moreover, they are still together, and they are doing great in life.

Short Details on Their Personal Bio

So, the pair shares five years of an age gap while Bass is older than her partner. Despite that, they have proved that age is just a number in love. Since coming in 90 Day Fiance, both of them have stayed in the limelight, and their bond is also admired by many people.