Who Is Kat Stickler Dating Now? Everything About the TikTok Star’s Dating History and Love Life! 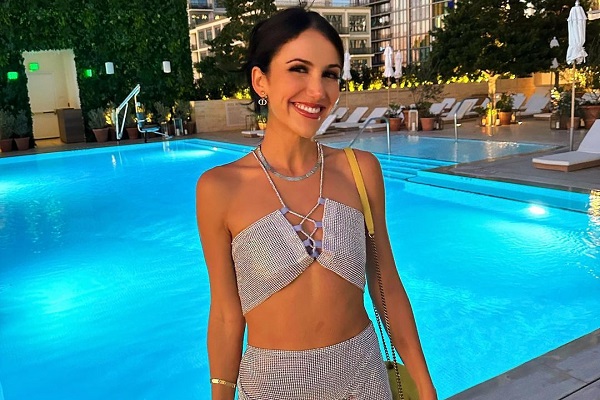 Kat Stickler is a TikTok star who has gained millions of followers on her self-titled TikTok account. She hails from Miami, Florida and Stickler got into TikTok during the COVID-19 pandemic.

Her boredom turned into a full-on influencing career. Having a huge fan following on all social media handles, Stickler's fans are familiar with her personal life, mainly her dating life. The 28-year-old star has gone through many hard times in her life.

Despite all, she has moved on from it and is enjoying a happy life with her loving daughter, whom she shares with her ex-husband, Mike. They were married for some years, and later, Stickler was also in a relationship with a new man, Cam Winter. Their relationship couldn't last long and broke up, but who the TikTok star is involved with now?

Is Kat Stickler Dating Someone Now?

The answer to the above question is a big No. Kat Stickler is not dating anyone, and there have been no facts about her having an affair. At the moment, Kat is prioritizing her career and is also busy with her work schedule.

Stickler is now enjoying a solitary life and is also having a good time with her loving daughter named, Mary Katherine (MK). She shares the daughter with her ex-husband, Mike Stickler, with whom she was married for some years.

Stickler's Instagram posts are filled with many videos of her friends and family members. To get more updates about her ongoing life, we can follow her as @katstickler.

Kat Stickler was married to Mike Stickler in the past. The former pair were looked up to as a realistic portrayal of married couples. Their TikTok videos were loved by many, and the Stickler family was an example to many.

Everything was quick between the Stickler couple. They met and dated each other for a short time. After that, they reportedly married in May 2019. Many media outlets described their relationship as nothing short of a fairy tale. The former pair knew that they were having a baby all in the span of three months.

On November 15, 2019, the duo welcomed a child, a daughter named Mary Katherine. After that, they began sharing pictures and videos on social media, which many people loved. But when their separation was announced on March 17, 2021, fans were distraught. Already rumors were on the internet regarding their divorce.

Regarding the rumor, both of them opened up and admitted that they had divorced. While opening up with the media, Kat said,

"Unfortunately, they are true. We are separating. We just wanted to be transparent with you guys because you guys have been with us from the beginning of this whole journey."

Despite separating, Kat and her ex-husband decided to co-parent their daughter, MK.

Click To See: Are Yara Zaya and Jovi Dufren From 90 Day Fiance Still Together? Relationship Update and Pregnant Rumors

After divorcing Mike Stickler, Kat Stickler moved on to Cam Winter. Their dating rumor sparked in the media in September 2021. Cam was her brother's best friend.

Once, she also posted a clip of a man's hand grabbing her face before she leaned off-camera to kiss him. Stickler didn't reveal the man's name for a while, but in October 2021, fans figured out that the man's name was Cameron Winter. Stickler made her relationship official in December 2021 by announcing it on Instagram.

However, their relationship couldn't last long, and both of them decided to part away. Their breakup news was confirmed in a TikTok video posted on August 15, 2022. She said,

"Some of you may have noticed I have taken a little bit of a step back from social media the past couple of months. And a lot of you guessed it because you are very smart and observant, but Cam and I have decided to take a break,

For me right now, I needed to process things, which I did not really give myself the grace to do after my divorce ... I am honestly trying to do the best I can."

Despite their breakup, they may have a good relationship.