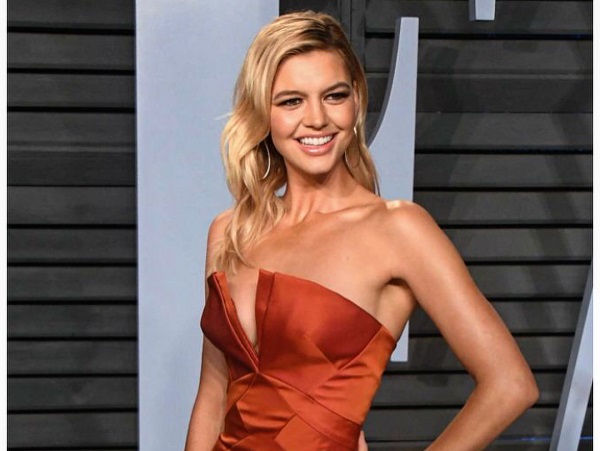 Kelly Rohrbach is a prominent American actress and model who is best recognized for starring as C. J. Parker in the popular American action comedy film called Baywatch.

Besides Baywatch, Rohrbach has also appeared in Café Society, Ocean's 8, and A Rainy Day in New York, among others. Kelly is also a former Victoria's Secret model.

Apart from getting into the limelight for her professional work, Rohrbach often gets into media prominence due to her personal life. So, let's explore her married life, starting with her personal details.

How Old Is Kelly Rohrbach?

She was raised in Greenwich, Connecticut, where she spent most of her childhood. Kelly's father's name is Clay Rohrbach, who is a financier, and her mother's name is Anne Rohrbach.

The Baywatch star was enrolled at Greenwich Academy. Kelly's interest and talent in golf earned her an athletic scholarship to Georgetown University, where she played golf for the Georgetown Hoyas.

She graduated from her uni in 2012 with a degree in theatre. To pursue acting as a career, Kelly then attended the London Academy of Music and Dramatic Art (LAMDA), located in Hammersmith, London.

Who Is Kelly Rohrbach's Husband? More on Her Relationship History

Kelly Rohrbach is married to her husband, Steuart Walton, an American attorney and businessman.

Steuart was raised in a billionaire family and is currently a director of Walmart, co-founder of private equity firm RZC Investments, and founder of Game Composites.

Steuart's paternal grandfather, Sam Walton, is the founder of Walmart. Kelly dated Steuart back in 2017 and, two years later, secretly tied the knot in a private ceremony in Florida.

Apart from that, Rohrbach has previously dated Green Bay Packers quarterback Aaron Rodgers. Additionally, in the summer of 2015, Kelly was in a relationship with the Titanic star Leonardo DiCaprio for over six months.

Kelly Rohrbach and Walmart heir Steuart Walton made headlines when they announced that Rohrbach was eight months pregnant in December 2021. They revealed that they are expecting their first child together.

There have been speculations that Kelly and Steuart may have already welcomed their son. Prior to this, the couple had revealed that they had already selected a name for their son but didn't disclose it.

Moreover, it's also known that Kelly and Steuart plan to have more kids together.

But both of them prefer to stay away from the limelight, and Rohrbach has not shared anything about her personal life on Instagram, where we can follow her as @kellyrohrbach.

Read about What Happen To Traci Braxton? Braxton Family Issues Statement After Traci's Death And Net Worth

How Much Is Kelly Rohrbach's Net Worth?

Kelly Rohrbach's net worth is estimated to be around $2 million. The actress has earned her share from her career in modeling and acting.

Rohrbach was signed with IMG models and was featured in the 2015 Sports Illustrated Swimsuit edition. Additionally, she has even been a model for the brand named Gap.

Besides, her husband Steuart Walton's net worth is estimated to be around $300 million. All of his income came from being an attorney. Not only that, but Walton also comes from a billionaire family.