A top leader in the world of network marketing, Stormy Wellington is a famous author, fitness influencer, self-made millionaire, and one of America's most respected entrepreneurs. Besides, Wellington is a motivational speaker and a coach, affectionately known by her followers as COACH STORMY.

As of 2022, it has been revealed that Stormy is joining the Lifetime network with her new show, Million Dollar Hustle.

The motivational speaker was on 21st February 1980, in New York City. Stormy's nationality is American and her star sign is Pisces. Not much is known about Stormy's dad but she did post his picture and thanked God for making him covid free. 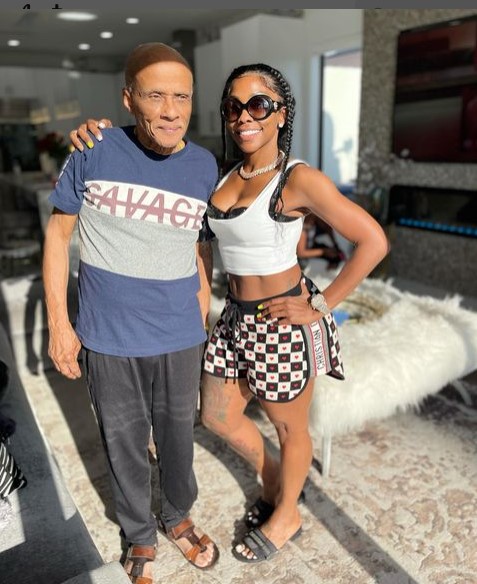 Stormy was raised by her mother, Marlene Anita Barclay, and her two brothers in Miami, Florida. Stormy's upbringing was full of struggles, with a mother who was a pole dancer and a drug dealer. Eventually, Stormy's mother was incarcerated for illegal activities. Still, Stormy always says her mother is an inspiration. In an interview, she said,

With the absence of her mother, Stormy grew up in foster care. At the age of 13, she started working as a stripper to support her family and eventually got involved in a drug-dealing business. Stormy got pregnant at the age of 15 and left high school in 9th grade.

Her early life was filled with numerous battles, but Stormy never once gave up on her future. Stormy soon left the illegal business and joined a collection agency where she accumulated over a million dollars in closed accounts. This was only the start of all the success Stormy had yet to taste.

What Does Stormy Wellington Do For A Living? Know About Her Upcoming TV Series

The influencer worked all her way to the top from the bottom of the barrel. In 2008, she became Platinum President at Skinntea, located in Miami Atlanta, Stormy has been associated with the organization for 14 years to this day.

As of present, She is also the CEO of two women empowering institutions, Total Life Changes, LLC, and Girl Hold My Hand, Inc.Stormy's mission in life is to help all women reach the absolute best version of themselves. The entrepreneur believes that when you know who you are and grow in your authenticity, there's nothing you can't do or be.

A post shared by Girl Hold My Hand (@girlholdmyhand)

Through her organization, Girl Hold My Hand, she helps women all over the world embrace themselves and love themselves. She has concocted an acronym ‘PHUCK,’ meaning ‘People Hate You Kreate.’ She chose the term ‘Kreate,’ signifying “to forge history, evidence, origin for your good to lie to yourself.”

Furthermore, Stormy is also an author of non-fiction books. She has penned three books to date, namely;  21 Irrefutable Laws of Recruitment, The Quiet Storm: My Life, My Process, My Victory, and 9 Laws of Success: Attract Health, Love, Life & Success To Your Life. All of her books have been a sellout. 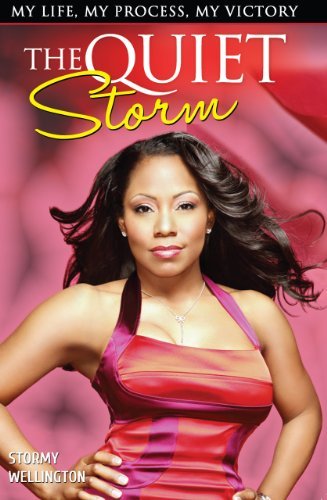 This year, Stormy is joining Lifetime's reality tv series Million Dollar Hustle which is set to release in March 2022. Women leaders, known as the Circle of Bosses, battle to win challenges while fighting to keep their place within Stormy Wellington's inner circle.

Stormy was in a relationship with Deandre Pearson, with whom she had her first child, Hennessy Pearson. Hennessy is now an athlete and a celebrity fitness trainer. Stormy also has a daughter named Maniya Canty who she gave birth to with her second man after Deandre. Maniya is an owner of an online clothing store called Pure Essence.

In 2012, Stormy Wellington married her best friend, the US veteran and motivational speaker, Darryl Jones. They together have a son. Sadly, things didn't work out between the duo and they got divorced.

Currently, Stormy seems to be in a romantic relationship with a mystery man. The motivational speaker has posted about him a few times on her Instagram handle without mentioning his name. The duo seems to be totally in love with each other.

Also, read our piece on: Is TikTok Star Brooke Lehman Pregnant? Read To Know About The Rumors

With all the enormous successes Stormy has achieved in her lifetime, as well as being an influencer in social media, her net worth is estimated to be $3 Million.