Is Kofi Siriboe Married or Dating Someone? A Closer Look at His Personal Life 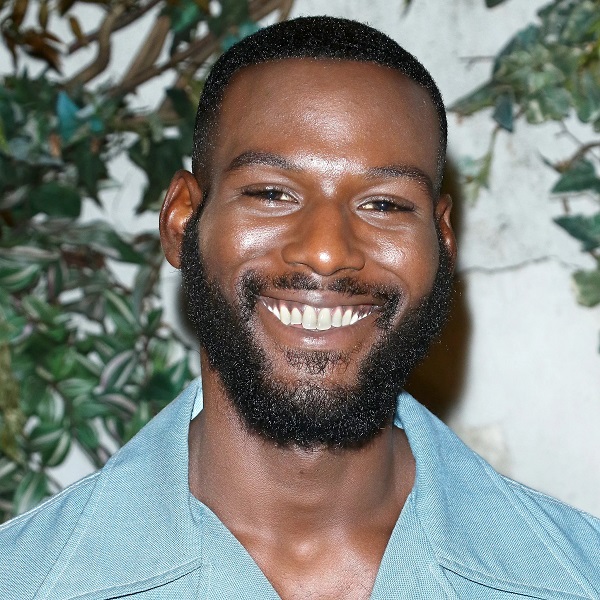 Kofi Siriboe is a talented actor and model hailing from the United States who has been actively working in this field since 2003. Some of his prominent roles can be seen in the movies like Queen Sugar, Jump, Really Love, and Girls Trip.

The prominent actor made his debut on the big screen in 2003 after appearing in Strange & Charmed as Benjamin.

Currently, Siriboe is making headlines on the internet after a hot ebony photoshoot with actress Bianca Lawson. Are they really in a relationship? Let's find out.

He was born Nana-Kofi Siriboe on March 2, 1994, in Los Angeles, California, U.S. The 28-years-old actor was raised by his parents, Koshie Mills and Kwame Siriboe, along with his two brothers named Kwame Boateng and Kwesi Boakye.

Furthermore, Siriboe holds an American nationality, and he belongs to the Ghanaian ethnicity from his parent's side. The 6 feet 2 inches tall Siriboe was interested in pursuing a career in the entertainment industry from an early age.

So, he is also associated with Vision Los Angeles and Wilhelmina Models.

Since making his debut on the big screen in 2003, Siriboe has remained in the limelight due to his excellent acting skills. Apart from being famous for his work, fans' concern is all about his love life. So, here we've talked about it below.

Married Life: Does Siriboe Have a Wife?

The straightforward answer to the question is a big no. Siriboe is not married, and he does not have a wife.

At the time of this writing, Siriboe is single, and there are no records of him being involved in romantic affairs.

However, the recent photo with the actress Bianca Lawson has left everyone curious, and fans ask if they are dating each other. Siriboe and Lawson appeared together in the August 2022 issue of Ebony before the show's final season aired.

Siriboe appears as Ralph Angel Bordelon, while Lawson plays the role of Darla Sutton. They begin the series in a messy place but are discovering their way to happiness ahead of the final season.

Due to this reason, rumors of their relationship are taking over the internet, but both of them have not made any comments yet.

Besides that, Siriboe was once linked with a lady who is said to be his ex-girlfriend but are you familiar with his past relationship?

As said earlier, Kofi Siriboe is currently single and does not have a girlfriend, but he previously dated Duckie Thot. According to Distractify, Siriboe dated Duckie in the year 2018.

The same report said that Siriboe posted a picture of Duckie on the occasion of International Women's Day.

Fans were surprised to hear the news. Meanwhile, the post cant be found at the moment as it has been deleted. Furthermore, Siriboe was not only the one to make lovely posts as Duck also shared some images on her social media handles.

Moreover, the former pair broke up just after dating each other for one year. Since then, both of them have been focused on their career, and they are busy with their schedule. So, Siriboe is also making a good amount of money from his work. Keep reading to find his net worth.

Being a well-known actor and model, Kofi Siriboe has amassed a massive fortune, and his net worth is pretty impressive. As Siriboe has not shared his income details, we are unable to share his actual net worth, but it is surely in six figures.

The multi-talented personality has worked in various big-budget movies that have made huge box office collections. So, his earnings surely help Siriboe live a lavish life.