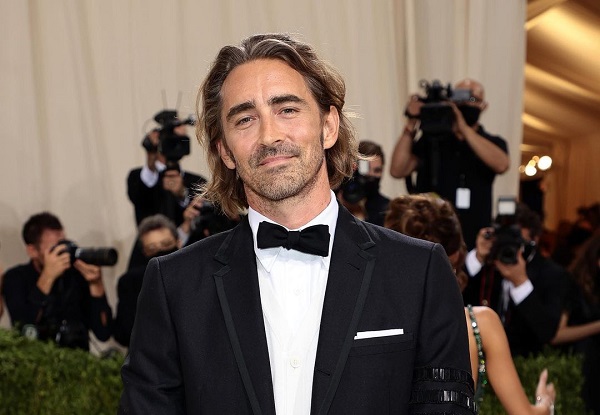 Lee Pace is a talented American actor who is widely known for starring in The Good Shepherd, The Fall, Guardians of the Galaxy, and The Hobbit: The Battle of the Five Armies.

He has been in the industry for a long time and made his debut by appearing in Law & Order: Special Victims Unit.

The 6 feet 5 inches-tall Pace has won the hearts of many people.

Not only that, but Pace has also won various awards, including the Silver Berlin Bear award, DFCS Award, and Breakthrough Award.

Meanwhile, Pace started his career by working in theater and later got engaged in the big screen.

Pace has fans from worldwide who are often curious to know about his love life. Recently, Pace has been making headlines on the internet as he revealed that he is married to his long-term boyfriend.

Lee Pace is now married to his long-term boyfriend, Matthew Foley. As per some reports, the pair has been in a romantic relationship since 2017.

And the rumors of their marriage first sparked when Pace appeared wearing a ring on his wedding finger at the Met Gala in 2021.

Despite that, Pace didn't open up about his relationship with his partner as he has been very secretive when it comes to the topic of his love life. However, he has not shared the happy news.

Pace confirmed his marriage with Matthew Foley in an interview with GQ. Now, the doting couple lives a happy life in a 200-year-old farmhouse in New York.

Their relationship is yet to come forward officially.

Apart from his marriage, Pace's sexuality has also left many people curious, which we've discussed below.

The straight answer to the above question is yes; Lee Pace is openly gay. His sexuality news made headlines on the internet in 2012 when Ian McKellen accidentally outed Pace as gay.

Later, Pace himself talked about being a queer actor in an interview with The New York Times in June 2018. Talking about his partner, Matthew Foley is an executive at Thom Browne.

In 2019, he was appointed the Global Director of Communications for the brand.

Meanwhile, Foley came into the company in 2011 as an Account Executive. So, he is also established in his own field. Now, let's get to know about his career and earnings.

Also: Is Graham McTavish Married? Insights Into His Wife and Family Life

How Rich Is Lee Pace Now?

Since making his debut in 2002 by appearing as Benjamin Tucker in Law & Order: Special Victims Unit, Lee Pace is still working actively and has already given numerous hit projects.

Back in 2005, Pace worked in a movie named The White Countess, which was made on a budget of $30 million, and the respective movie collected box office of $4.093 million. From his work in the movie, Pace might have taken home a fair profit.

In the same way, Pace has also made his portrayal in multiple movies and tv series that have done pretty well in the industry. Considering this fact, it can be said that Pace has preserved a massive fortune and his net worth is pretty impressive.

According to Celebrity Net Worth, Pace is estimated to have a net worth of around $5 million, thanks to his long-term involvement in the showbiz industry.

No doubt, Pace lives a lavish life as he often flaunts his lifestyle via his Instagram handle, where we can follow him under the username @leeepfrog.

Apart from making money from his profession, Pace may earn more profit from sponsorship and endorsement deals.