Who Is Lil Dicky Dating? Insights Into His Girlfriend and Relationship! 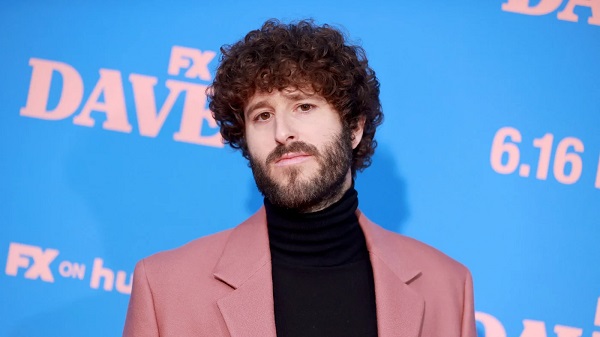 Lil Dicky is a well-known rapper, comedian, and actor hailing from the United States of America.

The talented singer came into the spotlight after releasing a music video named Ex-Boyfriend in 2013.

And Dicky got more into media prominence after the release of another song named Freaky Friday featuring Chris Brown.

Besides, he is a native of Cheltenham Township, Pennsylvania, U.S., and grew up in an upper-middle-class Jewish family. From an early age, Dicky was interested in music and started rapping in the fifth grade.

And since 2011, Dicky has had an active presence in this field. His style blends the comical with the relatable.

The 34-years-old rapper often gets into the spotlight regarding his personal life. In the past, there was some gossip about him being gay. So, let's find out if all the rumors are true or not.

Lil Dicky Girlfriend Name: Is He Dating Someone?

As we know, Lil Dicky is pretty private when it comes to the topic of his love life. So, he has denied talking about his girlfriend.

Due to this reason, his current relationship status remains unknown, but some sources say that the singer is leading a single life.

Furthermore, Dicky has also talked about having a wife in the future. But he is also aware of his privacy, and he does not like to expose every detail to the media openly.

He retains every bit of his relationship to himself and does not let it slide away.

Currently, Dicky is focused on his career and is busy with his work schedule.

Apart from that, Dicky had a serious relationship in the past with his ex-girlfriend. So, now, let's explore his past dating history.

Also: Kayce Smith Is Now Pregnant: Who Is the Baby Father? More on Her Boyfriend

Who Was Lil Dicky Dating in the Past?

As said earlier, Lil Dicky was previously in a relationship. His ex-girlfriend is Molly, with whom he had a serious bond. The former pair dated each other in the year 2015. Not only that, but Dicky also wrote a song about her named "Molly."

The song is about having to choose between your important other and your career. Dicky described that song as the softest thing I ever did, as displayed in his first line in Molly.

So, it is reported that the twosome chose the path of breakup as Dicky wanted to go to California to pursue his career as a rapper and comedian at first.

In the same way, Molly wasn't ready to follow his path. So, both of them chose their own way and got decisive over their breakup.

Apart from making headlines regarding his love life, Dicky often gets into media prominence due to his sexuality. There were some rumors of Dicky being gay too.

Read more: Is Aleisha Allen Dating? Here's What We Know About Her Boyfriend & Net Worth

As we know, Lil Dicky was rumored to be gay and the rumors circulated for a long time. So, fans were confused, and they were asking questions about it.

All of such speculations arouse since his breakup with his ex-girlfriend.

For the show Dave, he shot a few intimate scenes with his long-time friend and co-star Benny Blanco, adding fuel to the fire for the rumors of him being gay.

In that scene, we can see them showering together in birthday costumes, even giving a few performances and hugging one another.

Due to this reason, people thought that Dicky might not be straight but gay. Not only that, but some of the viewers even speculated that Dicky and Blanco might be dating each other.

However, both of them never addressed the rumors. As Dicky hasn't given any comments regarding the topic of his sexuality, we can say that he is not gay but a straight man.

If there is something more, then the singer may himself update it in the future.