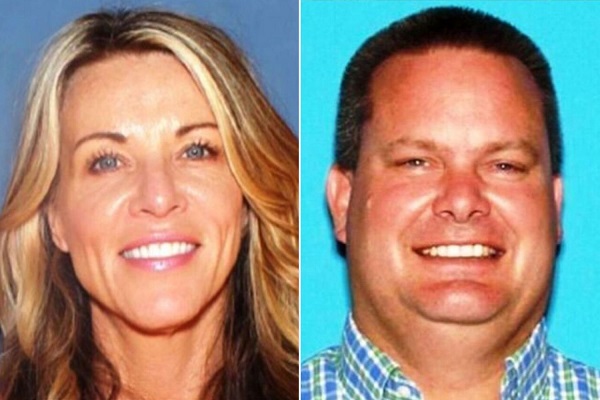 Netflix's newest documentary, Sins of Our Mother, was released on September 14, 2022, and the series portrays the terrible and horrifying story of Lori Vallow Daybell. She is charged with killing her children. Besides, the documentary is a treat for any true crime fanatic and is directed by the talented Skye Borgman.

Not to mention, Vallow first came into media prominence in 2019 when two of her children had been missing for several months, and she denied helping Idaho police. And finally, in April 2021, she was accused of killing two of her children.

Apart from that, Vallow is not the only one who was accused as her fifth husband, Chad Daybell, was also charged with murder, and both of them are currently making headlines after the release of Sins of Our Mothers recent episode. So, keep reading to find out about their present life and more.

Where Is Lori Vallow's Husband Now?

As said earlier, Lori Vallow's husband is Chad Daybell. Heavy report that Daybell is in prison and is awaiting an update in his murder case, along with Vallow. They are scheduled to face trial together in July 2023.

Scott D. Pierce: “Very little of what happens is directly tied to Utah, but a lot of it is tied to the fact that both Lori and Chad Daybell were members of The Church of Jesus Christ of Latter-day Saints.”https://t.co/B1rqVQCksR — The Salt Lake Tribune (@sltrib) September 12, 2022

Prosecutors are fighting to have the death penalty available if they are convicted for the triple murder of Daybell's first wife and Vallow's two children, Tylee Ryan & J.J Vallow. Reportedly, Daybell's attorney John Prior fought the joint trial but was unsuccessful in making his case.

Starting with their love life, Lori Vallow and Chad Daybell crossed paths in 2018 after being introduced by Melanie Gibb, a mutual friend, at a Preparing a People event. For your information, Daybell is a devout follower of The Church of Jesus Christ of Latter-day Saints (LDS).

Furthermore, Daybell and Vallow became close after their meeting. And in November 2019, the pair got married. To this day, Vallow and her husband are still married but face charges of first-degree murder for the deaths of Tylee Ryan, JJ Vallow, and Daybell's own ex-wife, Tammy Daybell, who passed away just two weeks before he and Lori wed in 2019.

Let's take a closer look at the killing story.

Starting with Vallow's husband, Chad Daybell was charged with the first-degree murder of his wife, Tammy, in May 2021. Tammy passed away in October 2019. As seen in Sins of Our Mother, Daybell took out her life insurance policy shortly after her demise.

However, when Police learned Daybell and Vallow married in Kauai, Hawaii, just two weeks after Tammy's passing, officers exhumed Tammy's body and carried out an autopsy.

Likewise, Lori Vallow was married multiple times in the past, and she is also the mother of two children, Tylee Ryan and J.J. Vallow. In November 2019, J.J.'s grandmother called a welfare check to Police after she became concerned about him.

Review: In Netflix's "Sins of Our Mother," director Skye Borgman takes on the gripping story of Chad Daybell, Lori Vallow Daybell and the bizarre beliefs that allegedly led the couple to murder two of Lori’s children https://t.co/HQTI6h48ST — The Wall Street Journal (@WSJ) September 14, 2022

So, officers visited Vallow, Daybell, and Alex Cox lived, and Vallow claimed J.J. was residing with a friend in Arizona, but this was not true. Authorities soon realized that Tylee Ryan and J.J. were missing children.

On September 8, 2019, they were seen at Yellowstone National Park in the company of Vallow and her uncle Cox. In the same way, Daybell and Vallow had left Idaho for Kauai, Hawaii, and denied disclosing Tylee Ryan and J.J.'s whereabouts.

So, she was arrested in February 2020. After ten months of missing, her kids' dead bodies were found buried in shallow graves in Daybell's backyard in Idaho.