Who Is Love And Marriage Star Martell Holt? Details On Wife, Mistress and Dating 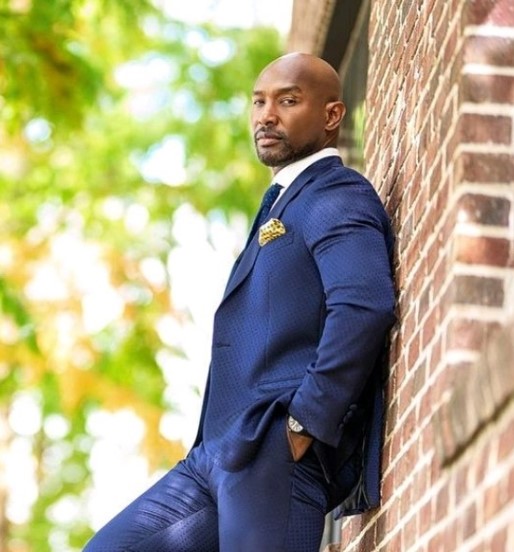 A self-described custom home builder and author, Martell Holt is one of the casts of the reality show Love and Marriage: Huntsville. The reality tv program is centered around three couples who come together to assist the booming city of Huntsville via their real estate venture, the Comeback Group, as they persevere to face the realities of love and marriage while aiming for success.

Martell recently went through a divorce with Melody Holt following his infidelity.

Born on January 4, 1982, in Huntsville, Alabama,  USA, Martell Holt's age is 40 years as of 2022. With a strong physique and toned body, Martell looks way younger than a 40-year-old. his zodiac sign is a Capricorn and his nationality is American. Martell's ethnicity is African-American. Not much is known about the tv stars' parents and siblings.

In 2008, Martell graduated with a Bachelor of Science Degree in Education from Alabama A&M University. after graduation, Martell took to teaching Middle School at Sparkman for two years but eventually resigned in December 2010. Martell's resignation came as a result of his landscaping company's acquisition of several residential and commercial contracts.

In 2006, Martell competed  Real Estate courses from the National School of Real Estate. 3 years after his graduation, Martell assisted in founding Holt & Holt Entrepreneurship LLC in 2009.

The reality Tv star Martell Holt's marriage to wife Melody Holt came to an end in March 2021. Per the court documents obtained by BOSSIP, the holts were officially divorced after Melody filed for separation in 2020. On March 12, an Alabama judge granted Martell and Melody divorce under grounds of 'irreconcilable differences

Martell was engaged to Melody in 2007 and a year later, the duo got married to each other. Melody Holt is a motivational speaker, entrepreneur, and star of Love and Marriage. In the span of their marriage, the pair was blessed with four children; Maliah Selene Holt, Mariah Holt, Martell Holt, and Malani Holt.

Many know me as Martell. Some call me Holt! Others May know me from Love and Marriage, Huntsville. But my children... Posted by Martell Holt on Saturday, December 18, 2021

After discovering Martell's adultery, his ex-wife soon packed her bags and left with their children. Martell had a five-year-long affair with Arionne Curry who even birthed his child. Melody and Martell were having an on-and-off relationship for months. After deciding to reconcile after their 10th wedding anniversary, Melody realized that Martell Holt's mistress, Arionne Curry, was still in touch with him. Melody broke up with Martell instantly, only to get back together after learning she was due with their fourth child.

But they didn't last long even after the birth of their fourth daughter. The estranged couple split again and removed all traces of each other from their social media pages. After their legal separation, Melody and Martell share joint custody of their kids. As for their home in Huntsville, they have conceded to sell it for a cash of $1M.

Check our article on  Who is Kimmi Grant? Meet Her Husband Relationship, Wiki and Net Worth

Who Is Martell Holt Dating?

It seems like Mr. Holt is pretty single these days and not dating anyone. It was alleged that he got into a relationship with his former mistress Arionne Curry after the divorce, but he revealed Arionne isn't his girlfriend. Despite not being together, Martell did say the pair are pretty tight though.

According to many sources, Martell Holt's net worth is estimated to be in the range of $16 to $20 million. The public figure enjoys a luxurious lifestyle thanks to his thriving career in real estate, business ventures, as well as the reality show Love and Marriage.

A pause during a #lamh scene a couple days ago, only to smile at the fact that I’m changing my narrative starting with... Posted by Martell Holt on Wednesday, December 15, 2021

Talking about Martell Holt's social media, he is an avid Instagrammer with over 215K followers. Besides, Martell is also on Twitter where he has over 2K followers. Likewise, Martell has a Facebook account as well in which he frequently updates about his lifestyle.