Pretty Little Liars: Maia Reficco Biography – Everything We Know About Her Dating Life 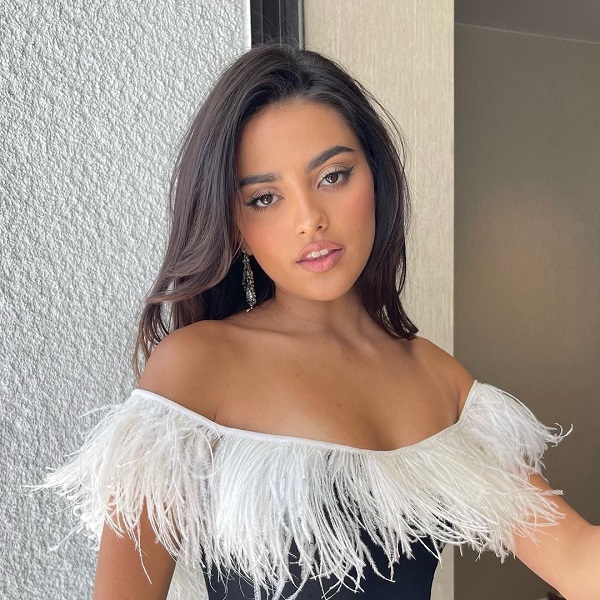 Maia Reficco is a rising actress who is getting people's attention after she starred as Noa Olivar in the newly launched television series named Pretty Little Liars: Original Sin. Reficco is also a talented singer who has an amazing voice.

The young actress came into the industry in 2017 after making her portrayal in Kally's Mashup as Kally. Gradually, Reficco started getting appreciation from people, and she got a chance to work on other projects too.

We can see her presence in Sometimes I Feel Like Dying and Kally's Mashup ¡Un cumpleaños muy Kally!

As Reficco is currently in the limelight, fans are concerned to know more about her personal and professional life which we've discussed in detail.

Who Is Maia Reficco? Parents & Biography

The 22-years-old actress was raised by her parents, Katie Viqueira and Ezequiel Reficco, alongside her brother, named Joaquín Reficco Viqueira. Her mother is an Argentine tango and folklore singer.

Furthermore, Reficco holds an American nationality and belongs to the Argentine ethnicity from her parent's side. Reficco was just six years old when she moved to Buenos Aires with her family.

So, Reficco grew up in a musical family and got exposure to the entertainment line. Also, Reficco played guitar and piano.

There is a huge role of his parents to get her involved in this sector. In her early days, she used to sing and also got a chance to work with Claudia Brant. Some of her songs are Yours, Of You, so hot, Fast, and Furious.

Since 2017, she has been working in this field and is doing pretty well. Her work has helped her gain name and fame, and some of her well-wishers have already started asking questions regarding her love life. So, is she in a relationship?

Click To See: Adriene Mishler Got Engaged to Her Boyfriend – Details on Her Love Life & Fiancé

Is Maia Reficco Dating Her Boyfriend?

As of 2022, there are no data of Maia Reficco having a boyfriend. So, she is currently single and is not dating anyone. But the Cinemaholic reports that she was previously in a relationship as Reficco admitted to having an ex-boyfriend.

The same report said that Reficco talked about having an ex-boyfriend in an interview with Teen Vogue, and the clip can be found on their YouTube channel. But now, Reficco is at the peak point of her career, and she is not involved in any romantic affairs.

Besides, Reficco has a massive fan base on her Instagram, and most of them are male. So, if she finds someone in the future, Reficco may update it via her account, where we can see her as @maiareficco.

Short Details on Her Earnings

Maia Reficco is an actress and singer, and currently, she is making money from her work in the showbiz industry.

So, it can be said that Reficco's net worth is increasing, and her income will surely rise in the future as Reficco is working on her upcoming projects named One Fast Move and Do Revenge.

Besides, Reficco appears to be making money from working with various clothing brands as she often posts images on her account wearing different trendy and amazing dresses. A fan page related to her has been created where we can explore her numerous outfits.

In addition to that, Reficco surely takes home a decent profit from endorsement deals. According to the Influencer Marketing Hub, Reficco has a chance to earn $2,877.75 - $4,796.25 from a single sponsored post on IG, where she amassed more than 1.4 million followers.