Who Is Love and Hip Hop Cast Mariahlynn? Details on Her Family, Relationship, and Net Worth 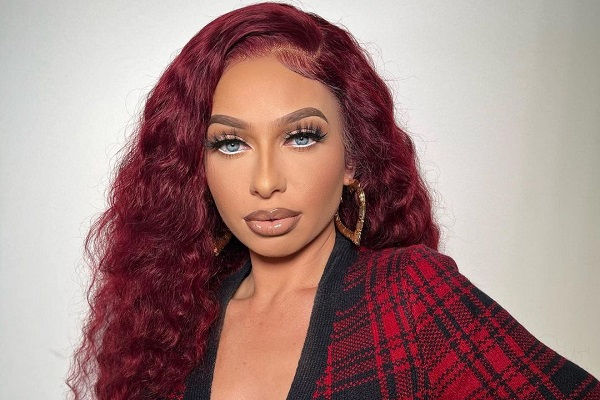 Mariahlynn is a talented rapper and reality tv personality who shot to fame after appearing on the show Love & Hip Hop: New York. She became a main cast member in season six. She aspires to breakthrough into the hip-hop industry. Furthermore, Mariahlynn was backed by DJ Self and tried to beat the "Creep" Squad at their own game.

Meanwhile, Mariahlynn got more into the people's eyes when she revealed her eight-year affair with Rich Dollaz at the show's reunion. Apart from that, Love and Hip-hop viewers are also concerned about her family life which we've discussed here in detail. So, keep reading to learn everything about Mariahlynn.

Details on Mariahlynn Parents and Ethnicity

Mariahlynn Araujo was born on July 17, 1990, in Jersey City, NJ making her age 32 years old now. She spent most of her childhood in Newark. Besides, Mariahlynn was raised by her parents, Tasha Jacoby (mother) and Raphael Araujo (father). Meanwhile, Mariahlynn is not only the child of her parents as she grew up along with her three siblings named Victoria Ramos, Icelynn Jacoby, and Danny.

Further, Mariahlynn's mom is Caucasian (Italian- American), and her dad is Hispanic (Puerto Rico). So, from her parents, she belongs to a mixed ethnicity. It is reported that Mariahlynn didn't have a good childhood, as her parents had drug and law issues. Reportedly, Mariahlynn's mom was an alcoholic who had spent most of her life behind bars.

Tashan has also appeared in one episode of season seven of the VH1 show. In one of the episodes of 6th season, Mariahlynn bails her out of jail and discloses that she is pregnant. Now, they appear to have a good relationship. On the other hand, Mariahlynn also has a great bond with her father.

Mariahlynn started out as a stripper to help support her family, as her parents couldn't take care of her and her siblings too. She also worked as a go-go dancer. Furthermore, Mariahlynn was passionate about rapping from an early age. Since the early days, she used to write raps.

After receiving support from DJ Self, Mariahlynn released her debut single named Once Upon a Time (I Was a Hoe). After that, she joined the cast of Love and Hip-hop: New York in the sixth season, which was her biggest break. The respective season chronicles her personal and professional struggles.

Apart from that, Mariahlynn's dating life on the show has gained huge media attention. So, let's discuss it below.

Mariahlynn and Rich Dollaz Relationship: Are They Still Dating?

Mariahlynn admitted in one of the episodes of Love & Hip Hop: New York that she was in love with Rich Dollaz. They have an interesting history. Dollaz was the supporting cast in the show's first eight seasons but got his chance as the full-time cast in the ninth and tenth seasons.

Likewise, they appeared in the show to seek advice to make a decision if they should stay together or end their relationship for good. They spent two weeks in isolation from each other, which was the longest time they had ever been together. But now, Mariahlynn and Dollaz are not together.

Related: Rich Dollaz Yet to Wife-Up His Girlfriend? Is He Dating Someone?

How Much Is Mariahlynn's Net Worth?

According to Celebrity Net Worth, Mariahlynn is estimated to have a net worth of around $1 million. She has released various songs and has been a part of the television industry for a long time. This may have helped her preserve a considerable fortune.

Before getting into this line, Mariahlynn did multiple jobs too. And now, Mariahlynn is making the most of her gains from being a rapper. She may also earn money from brand endorsement. Furthermore, Mariahlynn flaunts her lavish life via her Instagram handle, where she is verified as @mariahlynnboss, gaining over 1.4 million followers.