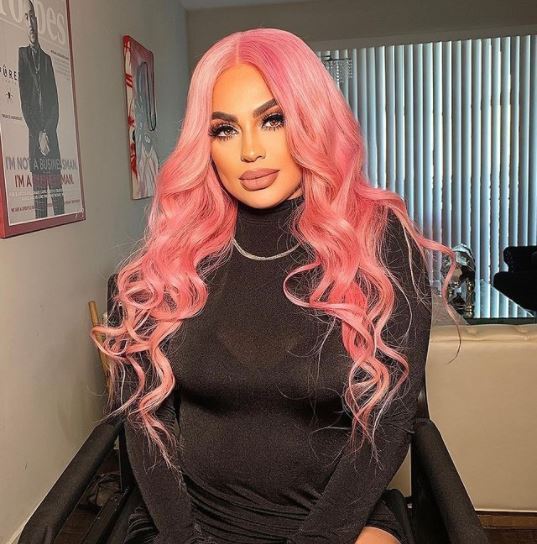 Marie Ramirez De Arellano is an American Reality Tv star who is mostly famous for being the regular face of one of the hits Tv shows, Cartel Crew. People love to see her on-screen for her bold yet sensitive nature.

Marie was born on February 15, 1987, in Cuba. As of writing the article, she is 35 years old. And she secures Aquarius as her zodiac sign.

Then, undoubtedly, Marie had to deal with many criticisms to strengthen her bond with her sweetheart, Michael. Therefore, we have gathered every needed information on her personal life and professional life in the article below.

The reality star Marie met her now-turned husband, Michael Corleone Blanco, in 2015. And it was love at first sight for both of them. After that, they began dating. The pair was immensely happy together; however, Marie's family was against it.

As a result, Marie left her family and moved in with her better half, Michael. Marie Ramirez De Arellano's spouse, Michael Corleone Blanco, is a businessman as he owns the clothing line, Puro Blanco.

Before this, he looked after his mother, Griselda Blanco's (Cocaine Mother) drug business. However, in 2012, Corleone cleaned his hands and left his gangster life for good.

After many years, Marie Ramirez De Arellano and Michael took their relationship to a new level. Eventually, the couple tied the knot and promised to be together forever on July 20, 2021.

On the same day, the husband and wife took their respective Instagram handles to announce their wedding to their well-wishers and dear ones. Plus, Marie wrote a long and sweet caption, which include;

Soon, the actress's comment section filled up with many congratulatory messages and blessings. We guess this is what true love is. Marie and Michael didn't listen to anyone but their hearts and ended up being together as husband and wife.

The Cartel Crew's star, Marie, is the mother of her first girl child with her husband,  Micahel Corleone Blanco. The couple welcomed their first child, Faith Michelle Sepulveda, on November 18, 2016.

So, as of writing this article, Faith is five years old.

Read Next: Who Is David Crane? Personal Life Of The Co-creator Of 'FRIENDS'

Is Marie Ramirez De Arellano In Jail? Detail On Her Imprisonment

Well, many people still think as if Marie is in jail, but she is not. However, she was jailed for a couple of days in late 2019.

For your information, the reality star didn't go to jail for being involved in any criminal activity like drug dealing. However, Marie had some hit arguments with her birth mother and brother when she went to their home to have a real talk.

But, Marie didn't get to have a proper conversation as she and her brother began throwing punches, which eventually turned into physical violence. On top of that, the actress's mother got involved in the fight.

Later on, her brother called the police, and she ended up being in jail for three nights. However, Marie was able to get out of prison quickly. But, her family filed a case against her for battery and domestic violence.

You May Be Interested In - Who Is Young M.A? Is She Pregnant? Info on Her Dating Life and Wiki

Marie earns almost hundreds and thousands of income from her reality show. So, she has collected a huge fortune.

As of July 2021, Marie Ramirez De Arellano has a net worth of $2 Million. By looking at her fame, she might make more than this in the coming years.

Plus, she generates a considerable amount of money from her cosmetic brand, Mia Monroe.