Mario Cantone Opens Up About Being Gay! Know More About His Husband 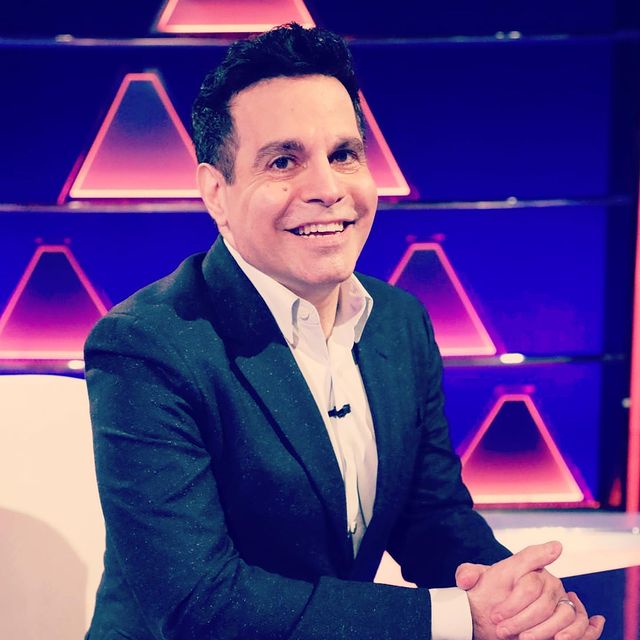 Mario Cantone is a renowned American comedian, writer, actor, and singer. He has made numerous appearances on the channel Comedy Central including Chappelle's Show.

He has also played the role of Anthony Marentino on the popular Sex and the City. His comedic style is fast-paced and energetic.

Much of his humor comes from his impersonations of various characters like his family members, celebrities, and stereotypes.

Mario Cantone was born on 9 December 1959 to parents Mario Sr. Cantone and Elizabeth Cantone. His birthplace is Stoneham, Massachusetts, USA. He hails of part-Italian descent.

His father had to move the Cantone family to Stoneham to get his mother away from her bookie relatives. Elizabeth Cantone was not only a bookie but also a compulsive gambler. She was also a big band singer during her youth. She died when Mario was 21 years old.

Who Is Mario Cantone's Spouse?

62 years old Jerry Dixon is an actor and director by profession. Jerry has a website that states that he is currently serving as the Artistic Director of Village Theatre.

Jerry is a Chicago native. His works as a director include A Proper Place, Barnstormer, Take Me America, and many more. He has mostly worked on regional projects like Show Boat, Two Gentlemen of Verona, Crowns and The Full Monty, and others.

Jerry was a part of NYU’s Graduate Musical Theatre Writing Program. The program featured the writers of A Gentleman’s Guide To Love & Murder, Tuck Everlasting, and Amelie.

Jerry has 2598 followers on Instagram. He has made his appearances in the movie Vineyards in the role of Mr. Gatsby. He has also played Dr. Henderson in You’re Not Alone.

62 years old Herry is also a stage actor. He has appeared on Broadway and off-Broadway performing in Once On This Island, Five Guys Named Moe, Bright Lights Big City, Avenue X, and more.

Jerry and Mario had a two-decades-long dating history. When asked about why he got married, Mario said:

I got married for the same reasons you did. We're older now. We've been together 20 years. After 20 years you're like, 'Thanks for the anti-climactic honeymoon government!'

You May Also Like: What Is Net Worth Of Margot Robbie? Everything About The Actor's Husband, Early Life

He is seen talking about the first gay icon in TMZ's video. According to the comedian, there are more female gay icons than males. He believes that gay man love women.

In a humorous way, Mario declares the American actress Judy Garland as the gay icon. The comedian also expresses his disappointment at how youngsters don't know Judy anymore.

He is proud to open up about him being gay which brings same-sex marriage a normal topic. Also, it is a great initiative to make it a normal thing that happens.

Mario Catone's Career and Net Worth

His most remarkable role on the small screen is in the popular series Sex And The City. He played the role of a gay wedding planner on the show. His character Anthony Marentino dispensed advice with a rapid-fire delivery.

Mario has made his appearance in the Comedy Central roasts of Joan Rivers. In the channel, he roasted his fellow Boston-area native and Emerson College alumnus Denis Leary. Comedy Central's Chappelle's Show featured him in a segment called Ask A Gay Dude.

His first job in New York was as a chocolate vendor at Trump Tower. There, he began doing impressions of people while selling chocolate truffles.

He later worked as a jewelry salesman as well. He quit the profession later to pursue comedy full-time. He began his professional career in comedy as a host of a children's show called Steampipe Alley.

The show aired on New York-New Jersey superstation WWOR-TV from 1987 for 6 years.

Mario's net worth is estimated at $3 million. The vast majority of his fortune is derived from his successful career as a comedian, writer, and actor. Fans believe that his role in Sex and the city has to do with his net worth increasing.