Is Marlo Hampton Married to Her Boyfriend? Take a Look at RHOA Cast’s Dating History & Net Worth 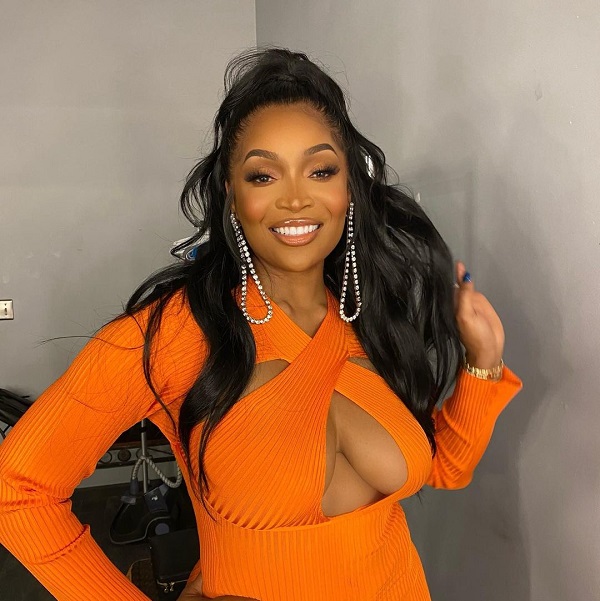 Marlo Hampton is a famous reality television star who shot to fame after appearing in the reality tv show named The Real Housewives of Atlanta.

Besides, Hampton is also a fashion expert who previously worked as a private stylist. Also, she is an entrepreneur.

In addition to making her appearance in RHOA, she has also been a part of another reality show called I Dream of NeNe. Furthermore, Hampton began a high-end clothing store in the year 2008.

The 46-years-old reality star also formed a project called Glam It UP! It is a project dedicated to helping teens in foster care. For your information, she also spent some of her time in foster care due to her mom's drug addiction and abuse.

So, her interest in fashion led her to get engaged in the entertainment industry.

So, when Hampton made arrived at RHOA, she gained massive fan followings. Meanwhile, Hampton is not only famous for her professional work; she often makes headlines on the internet regarding her love life.

Here we've talked about her present and past love affair.

Dating Life: Does Marlo Hampton Have a Boyfriend?

Starting with her dating life, Marlo Hampton appears to be leading a single life and does not have a boyfriend in 2022.

Meanwhile, Hampton has not talked much about her love life in the media at the present time. So, the reality star is focused on her career and family.

But in a show with Andy Cohen on Watch What Happens Live, Hampton considered dating one of Sheree Whitfield's friends. Not only that, but Hampton revealed that she left him due to some reason.

And now, Hampton leads a solitary life and is doing good in her career and is also making money. For your information, Hampton is estimated to have a net worth of around $600 thousand, as reported by Celebrity Net Worth.

Besides that, Hampton also makes money from sponsorships and endorsement deals. According to the Influencer Marketing Hub, Hampton has a chance to earn $3,021 - $5,035 from a single post on Instagram.

As we know, she is also an entrepreneur and runs her own business, which helps her live a lavish life which we can see in her social media posts.

We can get more updates about her life by following Hampton on Instagram, where she is registered as @marlohampton.

Apart from that, Hampton had unsuccessful relationships in the past and dated some guys.

Read More: Does Love Island USA Cast Bella Barbaro Have a Boyfriend? Her Biography and More

Since Marlo Hampton made her appearance in RHOA, she has been linked to wealthy men. As per a report, she was also linked with Ted Turner. In addition to that, Hampton was also engaged to Charles Grant, a football player, in the year 2011.

However, their engagement couldn't turn into marriage, and they broke up later. Likewise, she was in a relationship with Peter Thomas.

Furthermore, Hampton has not talked much about her past relationships. Besides that, Hampton also has other famous exes, and she has given more peek into her past affairs in the RHOA.

Is Marlo Hampton a Mother of a Child?

As we know, Hampton had some affairs in the past, and fans thought she may have also started her family. But there are no records of Hampton having a child. The news of her being a mother came into the spotlight when Future's ex were victims of recent home invasions in Atlanta, Ga, back in July.

Hampton talked about the attempted burglary in the show admitting she and at least one of her two live-in teenage nephews were home when armed; masked guys kicked down her door.

During that time, Hampton was taking care of her sister's sons, Michael and William.