Stranger Things Star Maya Hawke Criticizes As The Too Many Characters 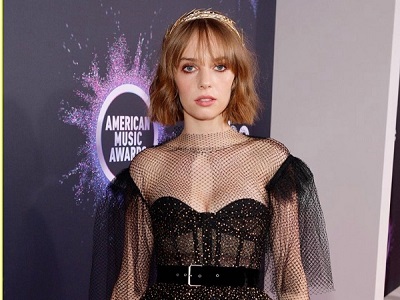 American native Maya Hawke is a well-known actress who gained widespread recognition after appearing in numerous movies such as Little Women, Once Upon a Time... in Hollywood, and Italian Studies.

In 2019, Hawke got more into the spotlight after landing the role of Robin Buckley in the hit Netflix television series named Stranger Things. So she has been in this series since season 3, and many people love her acting skills.

Furthermore, Hawke has been in this series for a long time. Meanwhile, her recent comment made her become the talk of the town. The professional actress thinks that there are too many characters and also wants some of them to be killed.

Maya Hawke was taking a lie detector test for Vanity Fair when she was asked if fan favorite Eddie Munson, portrayed by Joseph Quinn, deserved to die at the end of Stranger Things season 4. And in the reply, Hawke said,

I don't think he should've died, but I do think the show has too many characters.

She was also asked if there is anyone else she thinks should have died in season 4. However, the actress dodged the question.

The show's season 4 focused on several plot lines spread across multiple places, which all combine during the season-ending as everyone came back to Hawkins to fight Venca, the latest menace from the Upside Down with ties to Eleven. As we know, Hawke went into the show in season 3. After that, many other new members joined, and the Stranger Things cast grew with each passing season.

Stranger Things creators have largely been unwilling to kill off any core characters, save for the few fan-favorite newcomers such as Eddie Munson. The show also has a constant track record of fake-out deaths, the most recent example being Max.

Maya Hawke's Thoughts on Show's Too Many Characters

As said earlier, Maya Hawke thinks that Stranger Things has too many characters. So, her comments about the show having too many characters and ought to kill some off are notable since they are in whole agreement with Millie Bobby Brown's previous show's objection.

Click To See: Maya Hawke From Stranger Things Speculated To Be a Lesbian? Who Is She Dating?

Maya Hawke and Camila Mendes went on Vanity Fair, and both of them did lie detector tests. During that time, Hawke was asked multiple questions, but her comments in The Stranger Things made headlines on the internet.

Meanwhile, Maya Hawke and Camila Mendes star in Netflix's Do Revenge. It is a movie about a misfit and a famous girl who team up to take down each other's rivals. The film has been made available on Netflix since September 16, 2022.