Who Is Actress Michelle Argyris Husband? Complete Insights on Her Married Life and Relationship 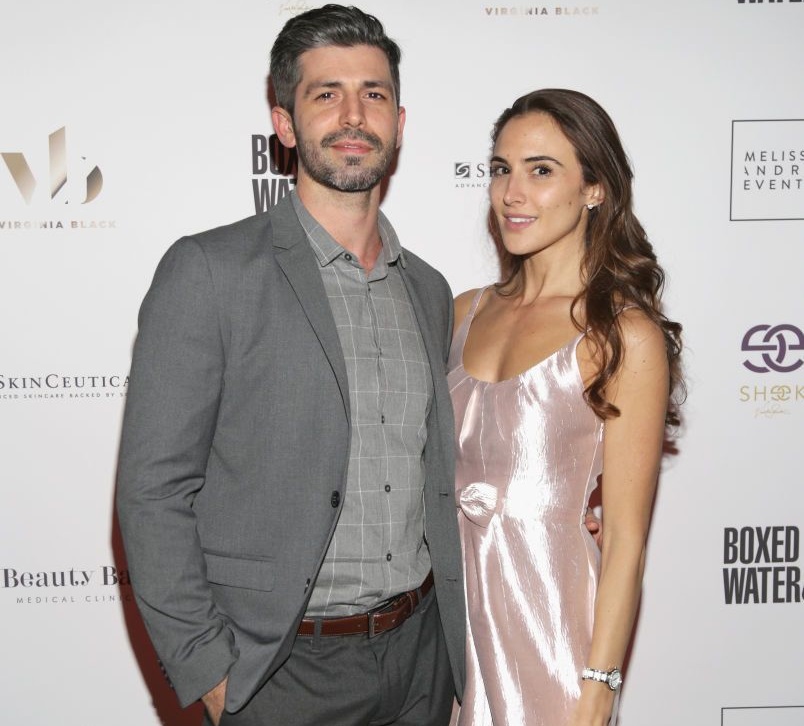 Her acting career started in 2102 when Argyris landed the role of Alex Froshiber in the Lionsgate horror film Devil Seed. Since then, she has been in the spotlight, and her other notable credits are General Hospital, Spare Parts, and Big Top Academy.

Just like her professional career, Argyris has maintained a happy married life with her husband, Kayvon Esmaili. They have been married for quite a while now. Let's explore more about their relationship timeline and marital life.

Michelle Argyris is happily married to her beloved husband, Kayvon Esmaili. Just like his wife, Esmaili is also engaged in the same industry; He is a talented actor born in Marin, California. His father is from Tehran, Iran, while his mother is from Minneapolis, MN. So, Esmaili holds dual nationality.

Esmaili has been working as an actor since making his debut in 2002 after starring as Agent's secretary in The Beach House. After that, he worked in other movies. But Esmaili is widely famous for his portrayal in The Flight Attendant, You, Big Little Lies, and Ballers. Apart from being an actor, Esmaili is also a writer and producer.

We can find more details regarding his career in the film line by exploring IMDb. In addition to that, Esmaili is a multi-talented figure who is also a freelance photographer. He mainly specializes in headshots, portraiture, editorial photography, and film set. Also, Esmaili helps his wife to shoot amazing snaps.

Michelle Argyris and Kayvon Esmaili have been together for a long time. Like many celebrity couples, Argyris and Esmaili kept their love life away from the people's eyes. Finally, in 2017, Argyris opened up about her relationship by sharing a post on Twitter.

As said earlier, Esmaili is a photographer too. So, Argyris shared the photo captured by her husband, captioning the image, "I LOVE my husband and his amazing photography. Check him on insta @kayvonphotos." From that, it became clear that she was married to Esmaili. Both of them prefer to keep their matters far from the press, which may be due to their personal reasons.

Due to that, it is unknown when they met and tied the knot. Despite that, they are still together and live happy life.

Read More: Is Nico Greetham Dating Someone? Inside The Actor's Romantic life

Does Michelle Argyris Have Children With Her Husband?

At the time of this writing, Michelle Argyris does not have a child with her husband. Both of them appears to be at the peak point of their career. They might be planning to have their own family. We can get more updates about it by following Argyris on Instagram as @michelle_argyris.

Meanwhile, the couple is now enjoying their life to the fullest. The lovely duo resides in Los Angeles, California, with their pet dog, Petrie. In 2016, Argyris shared some glimpses of her new home in L.A. Besides, Argyris and her husband have also gone to different places, including favored places like Thailand, Greece, and Turkey.