Is Nadia Bjorlin Pregnant Again? Meet The Husband Of The Actress

Nadia Bjorlin is an American actress, singer, and model who has appeared on many television series. Most fans recognize her from the popular soap opera, Days Of Our Lives as Chloe Lane.

A few rumors speculating her pregnancy have been surfacing on the internet, specifically on Twitter. The actress was last pregnant back in 2017. However, the recent news is turned out to be a baseless rumor only. Nadia is not likely to be pregnant in 2021.

The actress is in great shape and doesn't have a baby bump.

Nadia Bjorlin is a married woman and happily so. She is married to her husband Grant Turnbull for six years.

The couple reportedly first met on Valentine's day of 2014. They were introduced to one another through a mutual friend and became friends. The two soon fell in love. Just after three months of dating, Grant proposed to her in August of 2015.

The couple year engaged for almost a year before finally tying the knot on 15 May 2015. The couple welcomed their first son Torin Mathias on 4th May 2016. Their second child Viggo Sebastian was born a year later on 1 September 2017.

Who Is The Husband Of Nadia Bjorlin?

Nadia's husband Grant Turnbull is a home builder and property developer. Apart from his entrepreneurship, he is an actor as well. Grant has appeared on several television series and movies.

The star's husband has studied Architecture at the Edinburgh College of art. He is also the founder of an event management company called The Grand Bevy. The couple resides in Los Angeles with their two adorable sons.

You May Also Like: Does The Actor Tituss Burgess Have A Wife? Get To Know More About His Boyfriend And Relationship

What Happened To Nadia Bjorlin And Brandon Beemer?

The actress has dated several men before she finally found her Mr. Right. One such highly publicized relationship of hers was with the American actor and model, Brandon Beemer. 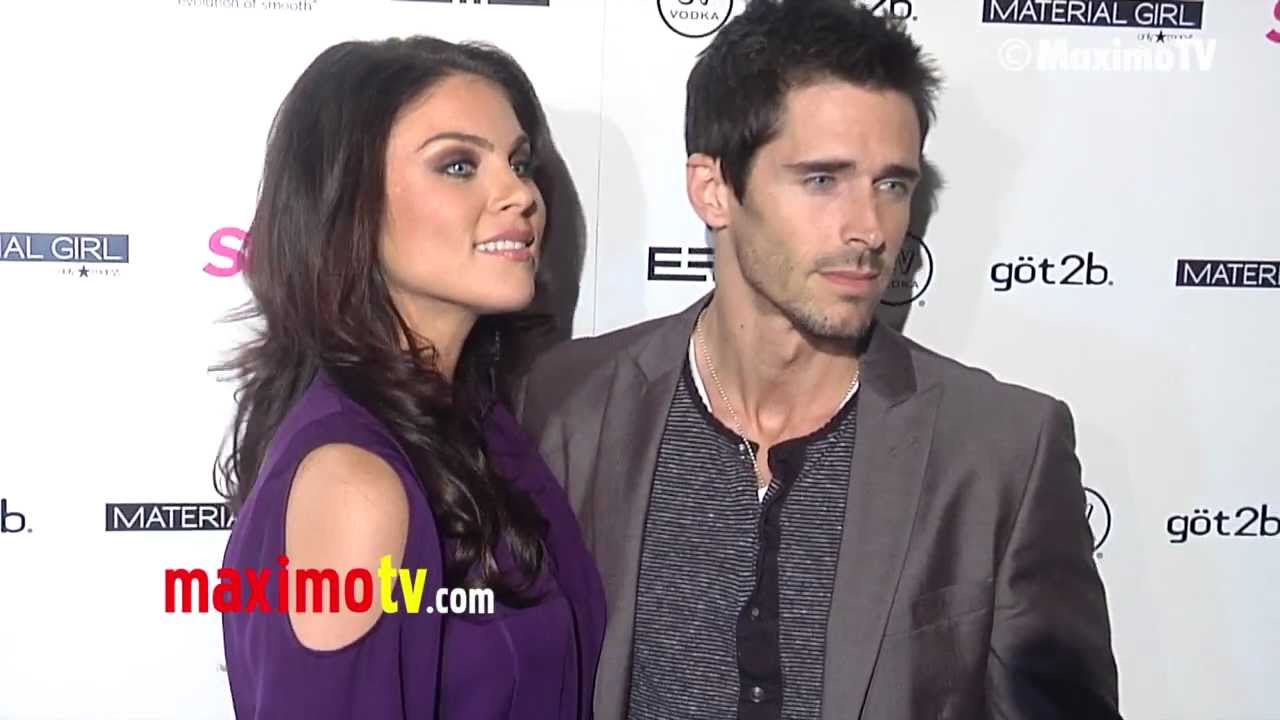 The popularity of both of the public figures had caught a lot of media attention. The former couple was together for a really long time. In fact, many records show that Nadia and Brandon were together for seven years.

Reportedly, the two had already parted their ways a year before Nadia met her now-husband Grant.

Past Relationship And Breakups

Nadia has dated many other famous personalities. In 2001, her name was linked to the radio personality Frank Kramer. They two didn't date long according to the sources.

Later, she was rumored to date the Diehard star, Bruce Willis but their relationship was short-lived as well. Around 2003, Nadia dated the producer, Daniel Sadek. The two had even gotten engaged for a few years before breaking up.

Nadia Bjorlin was born on 2nd August 1980 in Newport, Rhode Island to father Mats Ulf Stefan Bjorlin and mother Fary Bjorlin. Her full name is Nadia Alexandra Bjorlin. The family of the actress moved to Sweden when she was barely an infant.

Her family continued moving back and forth between Sweden and America while she was growing up. Her family stayed in Stockholm, Los Angeles, and Florida. The actress grew up with her two brothers Ulf Alexandar Jr and Jean-Pau. Nadia also has three half-siblings from her mother's previous marriage.

She attended the Interlochen Center for Arts and Boston University Tanglewood Institute to sharpen her acting, music, and dance skills. She began to sing with the Palm Beach Opera in 1996.

Nadia hails of Swedish Iranian ancestry. The actress has accumulated 126k followers on her Instagram handle. Her bio reads:

The actress has an approximated net worth of $2 million. The majority of Nadia's fortune has been made from her acting endeavors. The amount is supposed to be of Nadia alone. How much her husband has made is still under the rugs to date.