Is Natalie Guercio Still Together With London Rene? Details About Her Husband and Son 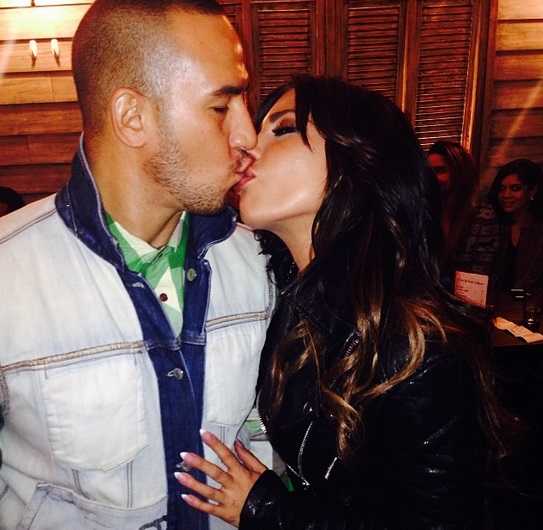 Natalie Guercio is a reality tv star and entrepreneur originally from Philadelphia, PA. Guercio got into the media prominence after joining the cast of Vh1's Mob Wives in the show's 4th season. She appeared in four and five seasons of the Vh1 show. During that time, she was the main cast. While appearing in the show, Guercio was involved in many arguments with the show's other cast, including Natalie DiDonato.

Before appearing in the reality show, Guercio was a stylist. Now, she is a professional Hair Extension Specialist. Also she is the founder of Natalie Elise Beauty. Apart from being famous for her professional life, Guercio often makes headlines regarding her personal life. The 39 years old personality is the mother of a son.

She had some affairs in the past, and people want to know what she is up to now. Keep reading to find out everything regarding her son, boyfriend, and relationship status.

It is reported that Natalie Guercio has never been married in her life. An online report claims that Guercio is in a relationship with her boyfriend named, London Rene. It is also said that Guercio considers Rene as her future husband, but there have been no records of the couple being married yet.

As of now, Guercio has maintained high privacy in her personal life, due to which there is not much information regarding her current status with her boyfriend. Also, she has not shared anything on her Instagram; people thought Rene and Guercio may have broken up. But there is no fact about it, and she may be dating her boyfriend privately.

Natalie Guercio and London Rene met each other for the first time in 2008 at the Trump Plaza Beach Bar in Atlantic City. After knowing each other for some time, the pair fell for each other and immediately began dating.

They have been in a romantic relationship since then and have been through many good and bad times. Back in 2014, Rene was slashed in his face while partying at a hipster dance club in Brooklyn. Police report shows that Rene was attacked on his arm and stomach by someone he knew at Output in Williamsburg.

Later, Guercio also posted Rene's picture on Instagram and also revealed that her boyfriend received more than 250 stitches. It was identified that Rodolfo "Rudy" Lopez was the man who attacked Rene. Through these times, Guercio also took care of her boyfriend, and it can be said that they are still together.

Explore: Is MrBeast Still Dating Maddy Spidell? Everything We Know About His Relationship

Natalie Guercio Has a Son From Her Past Relationship

As we know, Natalie Guercio is the mother of a son. Her son name Nunzio Gianni was born in May 2004. Guercio named her son after his grandfather. It is reported that her son was born from her past relationship, but the name of his father has never been shared with the tabloids.

Some people speculate that Guercio's son is from her past marriage or husband. As said earlier, she has never been married and has no husband. So, the topic of her son's father still remains the biggest mystery of her life. However, we can say Guercio lives happily with her boyfriend and her son privately. To get updated with her life, we can follow Guercio on Instagram under the username @natalieeguercio.