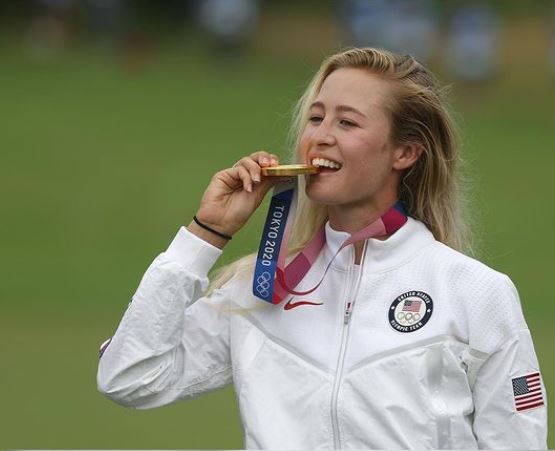 Nelly Korda is an American professional golfer who recently made her country proud by winning the gold medal in the 2020 Olympics Games.

On winning such a reputed title, Korda took her Instagram to share her emotions on the same day of her match (7th August 2021). And her exact statement says,

Olympian and a gold medalist….. Wow, what an honor to wear red, white, and blue on the podium ðŸ‡ºðŸ‡¸

Also, the golfer has played in numerous events and grabbed many other victories until now. And regarding this, we will be going through the article below. Plus, you can find detail on Nelly Korda's life, including her height, family, and many more.

Some Quick Facts About Nelly Korda

Nelly was interested in playing golf from her young days. She won the 2015 Harter Hall Invitational, the 2015 PING Invitational, and the 2015 AJGA Rolex Junior All-American as an amateur.

The following year, Nelly initiated her professional career by winning at the  Sioux Falls GreatLIFE Challenge during Symetra Tour.

Then, in 2018, Korda competed at the  Swinging Skirts LPGA Taiwan Championship. And she got her first LPGA Tour victory at the event.

Next, on 17th February 2019, Nelly won ISPS Handa Women's Australian Open. ANd in the same year, on 22nd September, she got the victory at  Lacoste Ladies Open de France.

Likewise, Nelly had the most productive year in 2021. For instance, she became the winner of  Gainbridge LPGA at Boca Rio on 28th February. Also, on 20th June, the professional golfer won the Meijer LPGA Classic.

Not to forget, Nelly added one more achievement to her list when she won the gold medal at the 2020 Olympics Games on 7th August 2021.

How Rich Is Nelly Korda? Net Worth And Salary

The Professional golfer Nelly has earned huge money via her profession. As of 2021, she has a net worth of $2.5 million, per many trusted websites.

On top of that, her average winning prize is $345K as of now. Also, Nelly has made about $4.8 million from the LPGA Tour alone.

Also, Nelly makes a good amount of money from her various endorsements, including Cisco, J.Linderberg, UKG, and more.

You May Be Interested - The 2021 Wimbledon Champion, Ashleigh Barty's Biography - Her Age, Boyfriend And Family revealed

Is Nelly Korda Dating? Know About Her Boyfriend

Nelly is in a romantic relationship with her beau Andreas Athanasiou. The pair are together for nearly two years.

Nelly and her boyfriend, Andreas, made their relationship public in 2019 through their social media accounts. Since then, the lovers are never hesitant to share their cozy and lovely pictures and moments with their well-wishers. 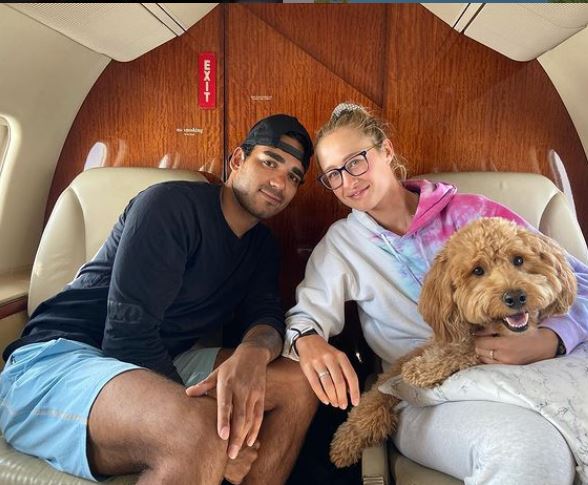 Previously, Nelly was in a relationship for a short span with Jordan Thompson, a professional Austrian tennis player. As per the sources, they dated from mid-2018 to the early 2019.

Nelly's partner, Andreas Athanasiou, is a Canadian ice hockey player. He plays for the Los Angeles Kings as of this writing.

The professional golfer Nelly was born on 28th July 1998 in Bradenton, Florida, United States Of America. As of writing, she is 23 years old. And Korda secures  Leo as her star sign.

Nelly is a daughter to her father, Petr Korda, and mother, Regina Rajchrtova. Petr is a retired  Czech professional tennis player who won a Grand Slam at the Australian Open in 1998. 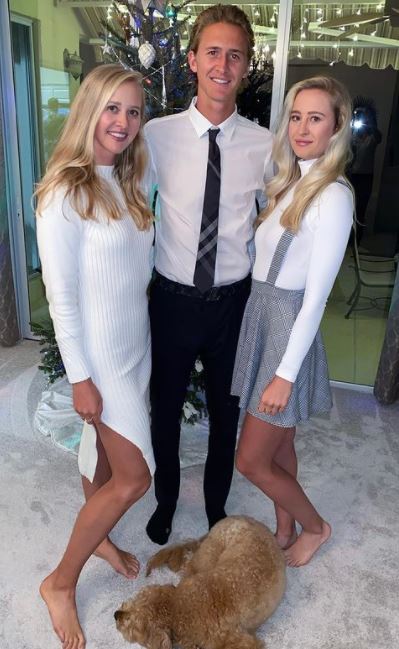 On the other hand, Nelly's mother is also a former professional tennis player.

Besides, Nelly has an older sister, Jessica Korda. Jessica is also a professional golfer.

Likewise, Nelly has one younger brother who is none other than the 2018 Australian Open's winner, Sebastian Korda.

Which School Did Nelly Korda Go To? Info On Her Educational Background

Nelly Korda acquired an education at her home as she was home-schooled.

Similarly, she has not spoken about her college degree. So, we are not able to find any information on the topic as of now.

Read Next - How Old Is Cartel Crew's Star Marie Ramirez De Arellano? Her Husband, Father, And Net Worth Revealed

How Tall Is Nelly Korda? Height And Weight

The professional golfer Nelly is 5 feet and 10 inches (1.78 meters) tall. She has fair skin and blue eyes. On top of that, her hair is blonde.