Nessa Diab & Her Boyfriend Are Parents Now – Diab Gave Birth to a Healthy Child! Is the Couple Planning on Getting Married? 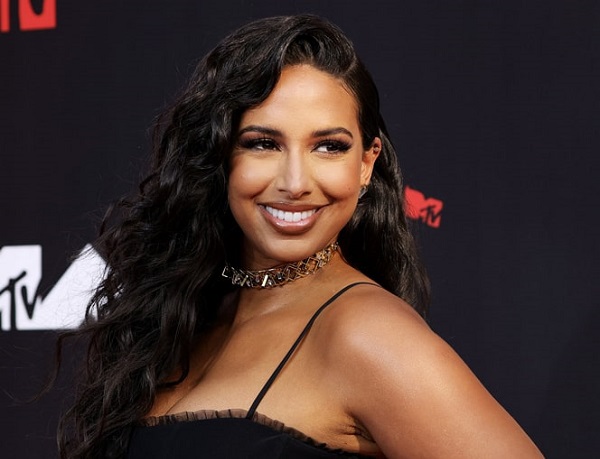 Nessa Diab is a prominent radio and TV personality and television host hailing from the United States of America.

After completing her education, the Los Angeles native began her professional career, but during her time at college, she interned at San Francisco Bay Area Top 40 station Wild 94.9.

Later, Diab got her own show named The Baydestrian Report. Likewise, Diab later began doing interviews with various celebrities on Wild 94.9 and YouTube, which helped her gain more fame in the industry.

Apart from that, she also got a chance to host some shows on MTV and MTV2. Meanwhile, she currently hosts Nessa on Air.

Apart from her professional work, Diab is also an activist and is engaged in some organizations.

Together with her boyfriend, Colin Kaepernick, she founded Know Your Rights Camp. It is a multi-city traveling youth empowerment industry for disadvantaged youth.

So, the pair is doing pretty well in their lives, and they have also started their own family now.

So, let's get to know more about their dating life and marriage plans.

Starting with their dating life, Nessa Diab and Colin Kaepernick were first romantically linked in 2015.

As we know, Diab's boyfriend, Kaepernick is a football quarterback; he was playing for the San Francisco 49ers of the NFL when he began dating Diab.

Since then, the couple has been in a relationship, and their bond is growing day by day. Diab and Kaepernick often post images on their Instagram handles, and they have also been spotted at various events together.

Despite being in a relationship with each other for many years, the duo has not announced anything about their marriage yet. So, they are not married, but they might be planning to tie the knot in the future.

Being in a relationship for over five years, Diab and Kaepernick have also started a family of their own as the couple recently welcomed their first child. So, let's talk about Diab being pregnant and more below.

Is Nessa Diab Pregnant? Details on Her First Child

The topic of Nessa Diab being pregnant surfaced in the media after she recently gave birth to a child.

Diab kept the information of her being pregnant far from the public domain and recently shared surprise news that left everyone shocked.

Diab shared a photo on Instagram alongside her boyfriend and baby lying in a hospital bed. In the respective post, Diab talked about her being a mother, and she also admitted that Diab welcomed her child a few weeks ago.

So, now, the family of three lives happily, and the radio personality may give more updates about her child in the future.

After sharing such good moments together, their fans are concerned about them getting married,

For now, now updates on the duo getting married have been public, but hopes are up.

Apart from her personal life, people are also concerned about her career earnings and her early life, which we've mentioned below.

You May Like: Is Maci Bookout McKinney Pregnant With Twins? Insights on Her Husband & Children

Everything We Know About Nessa Diab & Her Net Worth

So, Diab holds an American nationality and belongs to the Egyptian ethnicity.

She has been engaged in the radio field for a long time and has worked in various stations too.

So, her work has surely helped her preserve a decent fortune. According to Celebrity Net Worth, Diab is estimated to have a net worth of around $2 million.

Having such an impressive fortune, Diab lives a lavish life, and she flaunts it via her Instagram handle, where we can follow her as @nessnitty.