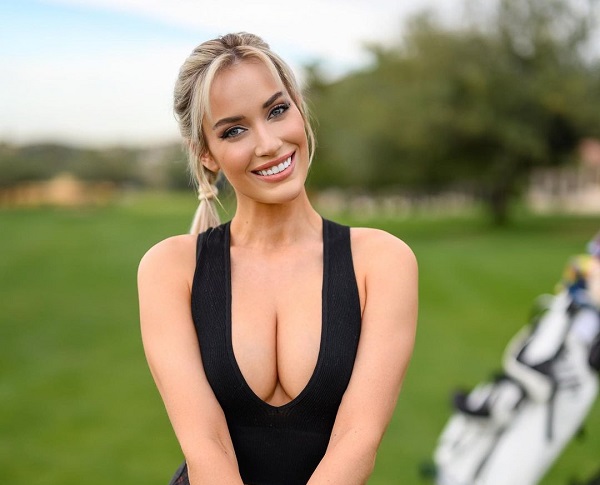 Paige Spiranac is a famous social media personality, golf instructor, and former professional golfer hailing from the United States of America. She has gained massive fan followings on her self-titled Instagram account, @_paige.renee.

In May 2016, Spiranac made her debut on the developmental Cactus Tour at the Las Colinas club in Queen Creek, Arizona. And in August 2016, she also competed in her first LPGA Qualifying Tournament. Despite that, she did not earn a card to play on the professional circuit.

Apart from her professional career, Spiranac also has a good place in the entertainment industry, and she also has some businesses. Furthermore, Spiranac was named 'Sexiest Woman Alive' in June 2022 by Maxim's 2022 Hot 100 list.

Currently, Spiranac is in the people's eye after she became a special guest as the Milwaukee Brewers hosted the New York Yankees in Wisconsin. So, keep reading to explore more.

This week, Spiranac is serving in her role as an X-Golf Ambassador. As we know, the Brewers and X-Golf have partnered to run numerous indoor golf locations, including one at American Family Field. So, Spiranace was there for the first drive on Thursday and came back to the ballpark on Friday night to throw out the first pitch before the Yankees-Brewers match.

This time, Spiranac traded in her golf clubs for some baseball gear and a Christian Yelich jersey as the 29-year-old threw out one of the match's first pitches on Friday before the Brewers' 7-6 walk-off victory.

Likewise, she posted a video of her throwing out the ceremonial first pitch on Twitter, which can still be found on the platform. It is said that she was really worried about having a 50 Cent moment. As she rehearsed, Paige joked on Instagram, saying,

Why do I look so unathletic?

However, Spiranac practiced and pulled off the first pitch without any problem. Brewers star Christian Yelich was the first pitch's catcher. Spiranac hasn't just tried her hand at baseball of late.

Paige Spiranac grabbed people's eyes after throwing out the first pitch for the Milwaukee Brewers on Friday night. Overall, it was a successful night at the ballpark as she nailed the first pitch and hung out with Bernie Brewer. Also, Spiranac provided the home team with some good luck.

Before she could take a seat, Spiranac also posed with home team mascot Brewer. In addition, an X-Golf America ambassador, Brewers infielder Keston Hiura gave one of the seven golf simulator bays a try on Friday night.

Moreover, Spiranac is getting more into the limelight, and her Instagram followers are also increasing day by day. At the time of this writing, Spiranac has amassed more than 3.6 million followers, and Instagram has also verified her account.