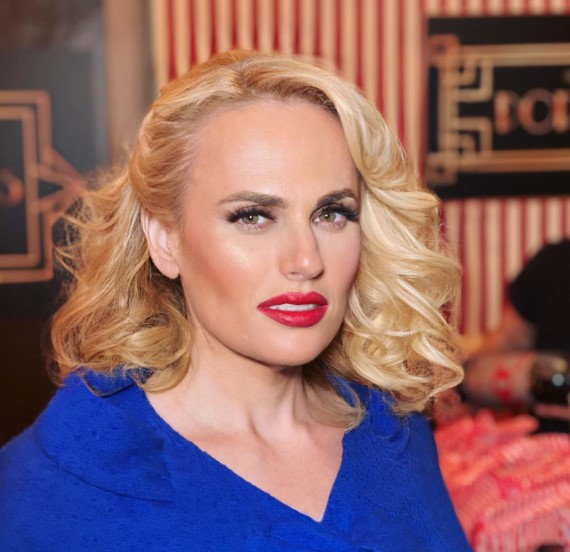 Rebel Wilson is an Australian actress who has successfully been able to carve her name out in the industry. The widely popular actress Rebel is also a comedian, writer, singer, and producer.  Rebel Wilson's appeared in the musical comedy series called Pitch Perfect where she portrayed the role of Fat Amy.

For her role in Pitch Perfect, the actress got multiple award nominations and wins namely the MTV Movie Award for Best Breakthrough Performance and a Teen Choice Award for Choice Movie Actress. Recently, Rebel Wilson became a center of pregnancy rumors.

Born on 2 March 1980 in Sydney, New South Wales, Australia, Rebel Wilson's age is 42 years as of 2022.  She was born to her parents who are professional dog handlers. Regarding her education, the actress went to the Tara Anglican School for Girls. Later on, Wilson even entered the Tournament of Minds which she often credits for assisting her to come out of her shell.

Eventually, Wilson joined the University of New South Wales and graduated in 2009 with double degrees; a Bachelor of Arts (Theatre and Performance Studies) and a Bachelor of Laws degree.Wilson also has three other siblings: sisters Liberty and Annaleise, and a brother named  Ryot. The actress was an employee at Castle Hill when she was young but had to quit after the customers identified her after the release of her first movie called Fat Pizza.

Despite frequently talking about her fertility journey and desire to have kids someday, the actress hasn't revealed her husband. Moreover, Wilson doesn't seem to be married yet. There are no records to suggest the actress has tied the knot. However, Rebel Wilson used to be in a relationship with her former boyfriend Jacob Busch.

No, the Australian actress doesn't seem to be pregnant. The actress hasn't talked about being pregnant to the media or given hints about her pregnancy on her social media pages. The rumors about Rebel's pregnancy seem to have started as a grapevine communication. However, the actress has been very candid since the beginning about wanting to start a family of her own.

Over the last few years, Rebel has openly talked about her struggle with fertility.

During an interview, Rebel revealed that there was one specific reason that motivated her to shed 65 pounds in around 2 years. The actress disclosed that she decided to embark on a health journey to have a better chance of getting pregnant in the future. Furthermore, Rebel added that her weight loss wasn't even for herself, but the future mini-her.

The 42-year-old actress once revealed in a 2016 interview that she deliberately gained weight to further her career in Hollywood. The actress revealed that her size helped her get more laughs which she took an advantage of fully. Furthermore, due to her hormonal imbalances Rebel would easily put on more weight than other as well. However, later in her career, the actress realized that it was easier to get pregnant if she shed some pounds and therefore decided to embark on a weight loss journey in 2020.

Rebel Wilson revealed that besides following a strenuous exercise routine, she also followed a special diet plan called the Mayr Method plan. The diet included a good eating practice like thoroughly chewing the food, reducing your gluten and dairy intake, cutting out snacks, and concentrating on high-alkaline foods like vegetables and fish.

Also Read:  Who Is Heartstopper Actress Rhea Norwood? Explore Her Personal Life And Net Worth

In a video that has garnered over 1M views since it was posted, Rebel can be seen enthusiastically posing in front of a digital billboard that was promoting her new film called Senior Year. Amid her excitement to get the picture, the actress didn't see a New York Police Department van heading toward her. As the van passed her by, she received a friendly warning to clear the street.

The actress then hurriedly jumped to the sidewalk giggling. Fans were quick to join in and laugh along with the actress but also urged her to be careful. One fan commented, "Girl don’t get hit!! ðŸ˜‚ðŸ˜‚ We need you up and walking around to make more movies!".