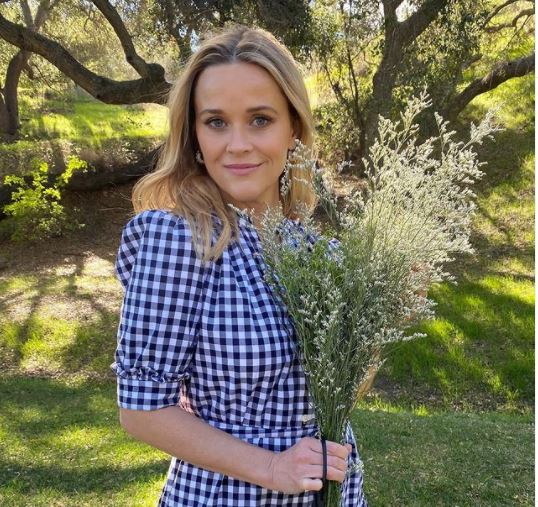 Reese Witherspoon is an American actress, producer, and entrepreneur known for acting in Legally Blonde, Sweet Home Alabama, and more. Even she received the Golden Globe award for Best Actress for her former film.

Moreover, Reese is the founder of Type A Films, through which she has produced many movies. Also, she is the owner of Hello Sunshine, which is focused on launching and helping new actors, authors, and many talents.

Plus, Witherspoon has achieved another success as her Hello Sunshine has been the acquired by the Blackstone Group since August 2021. For this new record, Reese has been the trending. Also, she shared her happiness by writing a long paragraph on her Instagram, which also includes;

Today, we’re taking a huge step forward by partnering with @blackstone, which will enable us to tell even more entertaining, impactful and illuminating stories about women’s lives globally. ðŸ’« I couldn’t be more excited about what this means for our future. I am committed to continuing to create opportunity for filmmakers, authors and creators of all backgrounds and experiences to tell their stories in their own way, and reach more audiences who will see that their stories matter.

So, for her new endeavors, our team Celebrityshine wishes her all the best. As we have reached this far, we have also gathered every personal detail of Reese Witherspoon, including height and more in the article. So, start reading.

Some Quick Facts About Reese Witherspoon

Reese began her journey as an entrepreneur in 2000 when she founded a production company called Type A Films. Later, in 2012, the actress added her company with Bruna Papandrea's  Make Movies.

But, after some time, the company was renamed, Pacific Standard. And under this company, Reese produced movies like Gone Girl and Wild, which even got nominated for Oscar Award.

Not only this, but Reese also achieved several other goals under the Pacific Standard. Like, in 2016, she became the major owner of the company as Bruna left for good. Then, Standard produced the super famous series Big Good Lies.

Plus, Reese established a new company, Hello Sunshine, by partnering up with Seth Rodsky, a private equity executive. The Sunshine was founded as a joint venture with the Otter Media.

Likewise, Reese sold her Hello Sunshine to the Blackstone Group for almost $900 Million in August 2021. So well, in the coming time, we might see many other achievements in Witherspoon's business.

Reese initiated her acting career by debuting in a film, The Man In The Moon, in 1990. Then, in 1991, she got featured in Wildflower.

Next, Witherspoon had a breakthrough from her movies like Overnight Delivery, Twilight, and Pleasantville. Even for the Pleasantville, she received Hollywood Award for the Best Female Breakthrough Performance.

She has appeared in numerous Tv shows and films, for which she is regarded as one of the talented actresses as well. And some of her famous and highest-grossing filmographies are listed below.

Similarly, Reese will make her appearance in the third season of Legally Blonde after 2022. Also, she is in the process of producing new Tv series, Where the Crawdads Sing. Most probably, the series will be premiered in 2022.

How Rich Is Reese Witherspoon? - Net Worth And Salary

Reese has acquired a net worth of $300 Million, per the Celebrity Net Worth. Also, as her company, Hello Sunshine, has been backed up by the Blackstone Group since August 20201, her total fortune has risen to $400 million, says the Forbes. Also, as of August 2021, Forbes has declared her the richest actress in the world.

She made her fortune all from her profession as a producer, actress, and entrepreneur. And Reese earns $20 million - $40 million as a base salary in a year.

Who Is Reese Witherspoon Husband? Info On Her Married Life

Reese is married to her husband, Jim Toth, an entertainment executive for many years. The couple met at one of the parties and eventually began dating. Although it is unknown when they started being romantically involved, many reported their relationship in February 2010.

Then, in December 2010, Reese and Jim got engaged. The following year on March 26, they tied the knot in Ojai, California. Until now, the husband and wife are living a blissful married life together.

Who Is Reese Witherspoon Children? Name And Age

The actress is a mother to her son, Tennessee James Toth, with her husband, Jim Toth. Tennesse was born on 27th September 2012. 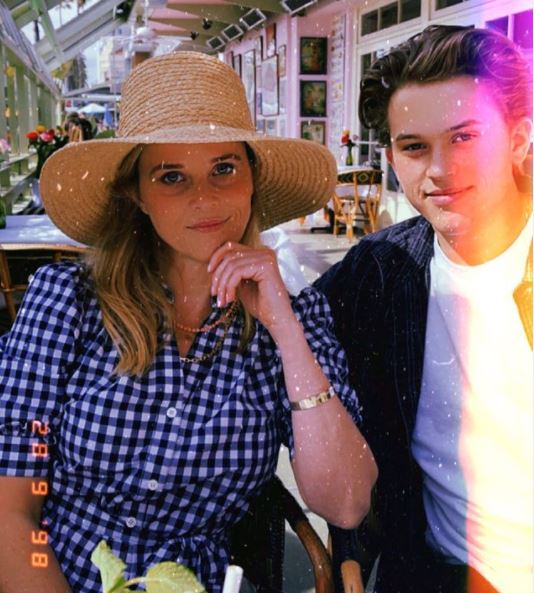 Reese was born on 22nd March 1976 at Southern Baptist Hospital, New Orleans, Louisiana. She is 45 years old as of writing this article. And the actress secures Aries as her birth sign.

Reese is a daughter to her father, John Draper Witherspoon, and mother, Mary Elizabeth "Betty" Witherspoon. John was a Lieutenant for the United States Reserve. Plus, he worked as an otolaryngologist till 2012.

On the other hand, Reese's mother was a Professor (Nursing) at Vanderbilt University.

Besides, Reese has one brother named John D. Witherspoon.

You May Be Interested In - Youtuber Karlee Steel Splits with Fiancé Josh Bisschops, Declines Cheating & Slams Him on Twitter

Which School Did Reese Witherspoon Go To? Info On Her Educational Background

Reese attended the girls' school, Harpeth Hall School in Nashville. At the school, she was a cheerleader.

Later, Witherspoon went to the Stanford University to pursue an education in English Literature. But, she left the university to focus on her acting.

How Tall Is Reese Witherspoon? Height And Weight

And she belongs to white ethnic groups.