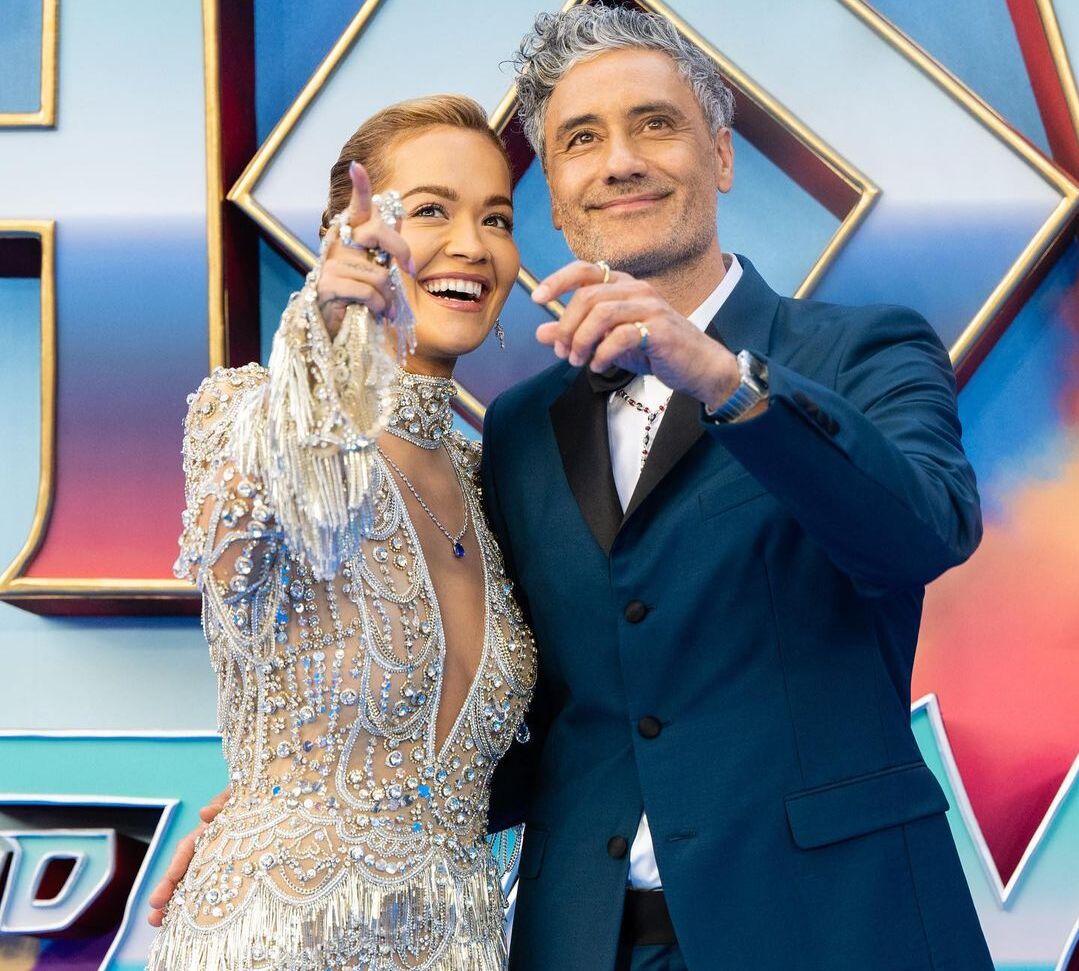 What else can be more beautiful than two lovers being bound in an ineffable love story, paving the path filled with affection and care, walking down the aisle with their hands clenched together, and ringing the wedding chimes together?

Well, this intro was necessary because a couple is yet to embellish their love story while adding a new definition of marriage to it.

Rita Ora and Taika Watiti have been a name stuck around on the Internet ever since they came up with an announcement regarding their wedding plans.

After dating for quite a while the two got decisive in initiating this new journey of life as a married couple. So, if you are wondering how all of these started, their dating story, relationship timeline, and more, we have got you caught up.

Also read: Kail Lowry Rumored To Be Dating a New Boyfriend? More on Her Failed Married Life, Having a Baby & Net Worth

Well, the so-in-love couple did specify that they had been dating for quite a while.

However, the origin of their love story is yet to be revealed. One of their posts did reveal that they landed their eyes on each other for the very first time somewhere around 2018.

So, we can speculate that their relationship started pretty much within that time-bound.

Anyways, the public has been respecting their decision of keeping the sheer history of their romance away from the spotlight.

Their story is unknown but, their relationship timeline got sporadic on April 2021, when the rumors of their dating lit up the Internet.

Initially, Watiti was specified just as a speculated boyfriend of Ora, but things were confirmed when the couple stopped shying away from the limelight.

Eventually, they started walking on the red carpets together with their hands held tight, leaving everyone in awe.

Rita Ora, a British singer and songwriter, and Taika Watiti, a filmmaker and director from New Zealand have been in the headlines ever since.

Despite descending from different nationalities they have been sharing one confined heart.

They might have been open regarding their relationship, but their exact relationship timeline and story of love still stay hideous from the public eye.

So, the evolution of their relationship timeline from 2021 is specified beneath with a proper elaboration.

Also read: Is Graham McTavish Married? Insights Into His Wife and Family Life

This was the time when the Internet went crazy over shipping the two.

People started calling them a perfect boyfriend and girlfriend duo who looked immensely good around each other.

May 24, 2021: Rita and Waititi Are Spotted Kissing Publicly

Rumors did get sporadic, but the netizens freaked out as things went confirmed on May 24.

July 1, 2022: Waititi and Rita Share a Kiss at the Thor: Love and Thunder Premiere

This is when their kissing pictures went viral, and the boyfriend and girlfriend duo finally opened up.

As the picture also underwent heavy criticism Watiti did specify in one of the interviews with the Sydney Morning Herald.

To all the negativity inflow, he responded with "I was doing nothing wrong."

He did shut the mouth of the critics but indirectly also made things official regarding the relationship between him and his girlfriend.

On August 2, the powerful duo stopped shying away from the camera and finally marked their presence on a red carpet as a power couple.

Their arm-in-arm pose that day made thousands of hearts flutter.

This way, the girlfriend and boyfriend kept on marking their valuable presence together at many shows, and events, also making it to the Tonight Show With Jimmy Fallon.

By now in 2022, they shared many public kisses and affection. But, when was the date when they ignited a spark of their marriage rumors?

By August 8, the dating boyfriend and girlfriend sparked a rumor about their marriage.

However, things went official on August 12 as a source confirmed that the two had gotten married in a small ceremony with limited guests.

Waititi too was spotted wearing a wedding ring recently.

Their wedding pictures are yet to be brought up but you can stay updated on their social media platforms as they might anytime soon embellish their page with astounding wedding pictures.

Our team of celebrity shine showers them with all the good wishes so that they keep on glorifying their upcoming years as a happily married couple indulged in a beautiful relationship.