Safaree To Take Legal Action After Sex Tape With Kimbella Gets Public! How Did the Video Leak? 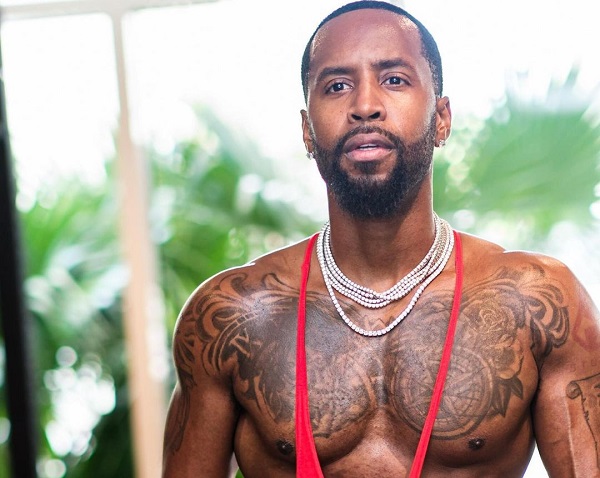 Safaree Samuels is a popular rapper originally from New York City who began his musical career in the group the Hood stars in the early 2000s. He has released various songs and albums, and some of them include Straitt.

Besides, Samuels got more into media prominence after joining the cast of the VH1 reality show Love & Hip Hop: Hollywood in 2016.

And in 2017, the rapper returned to his hometown of New York City and again joined the Love & Hip Hop: New York cast.

Later, he was married to actress Erica Mena, and their divorce also made headlines on the internet.

Just after some time of getting divorced, Samuels has again become the talk of the town as his intimate video with his girlfriend, Kimbella, got leaked on social media.

As said earlier, Safaree and his girlfriend Kimbella are making headlines on the internet after their sex tape got leaked on the internet. The video was first posted by an account on Twitter called The Vault Uncut.

The account posted multiple clips of Safaree and Kimbella performing sexual acts on one another. Before that, the video was also going viral on Reddit.

Shortly after the sex tape started making its rounds, people were waiting for the response of Safaree and Kimbella.

Also Read: Does Hannah Dodd Have a Boyfriend? Insights on Her Dating Rumors & Net Worth

As we know, Safaree and Kimbella are in the limelight due to their recent leaked sex tape. Many online portals have shared the news, and some of their followers are waiting for a response in this scenario.

For your information, Safaree has already released a statement regarding this topic. In a Twitter post, Safaree said,

I am taking full legal and criminal action. The person who did that is going to pay. And I am not letting up either. Not letting this 1 slide. This is a cyber crime, and I pressing full charges!

The statement was released just after one day after the release of the video. At this time, it is unknown who shared the video first, but some sources say that The Vault Uncut has posted multiple clips on Twitter.

But now, the account has been suspended. On the other side, Safaree might be seeking legal help from his side, and we may get some updates in the future.

Talking about their dating life, the rumors of Safaree and Kimbella being in a relationship spread in June 2022. Shortly after the rumors started, Kimbella and his ex, Erica Mena, started throwing shade at each other on social media.

Despite all the rumors of their relationship, Safaree and Kimbella have not opened up their mouth, and it can't be confirmed whether they are dating or not.

Besides that, Safaree was previously in a relationship and was also a married man, but it is unknown whether Kimbella had a husband or not.

So, let's get to know about Safaree's past relationship.

You May Read: 365 Days Cast Simone Susinna's Dating Rumors Explained! Is He Gay?

Short Details on Safaree's Past Relationship

Well, Safaree first came into media prominence after beginning his relationship with the famous rapper Niki Minaj. Minaj and Safaree were in a romantic relationship from 2000 to 2014.

Later, Safaree fell for TV personality and actress Erica Mena and began dating her. After that, they got engaged on Christmas Eve 2018.

Likewise, Mena and Safaree got married on October 7, 2019. Just after some time of getting married, they welcomed their first child, a daughter, on February 3, 2020.