Who Is Samantha Barbash? Everything About Hustlers’ Cast 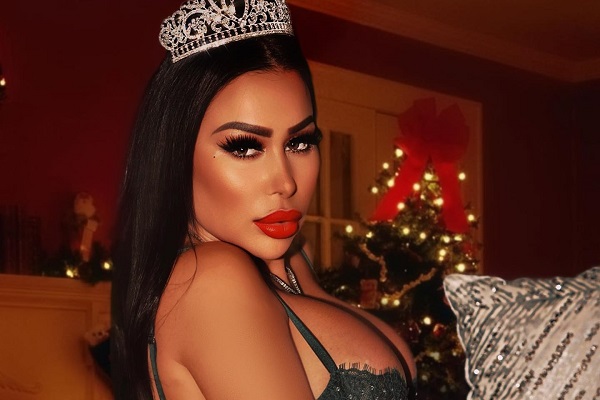 Samantha Barbash is an American entrepreneur who gained widespread recognition after her life inspired the character Ramona Vega on Hustlers, played by Jennifer Lopez. The film was acclimated from Jessica Pressler's 2015 article in New York magazine, The Hustlers at Scores.

Also, Barbash has written her own memoir, named Underscore. Besides, Barbash is a former adult entertainment host who drugged wealthy Wall Street clients and tricked them off of thousands of dollars. She was on probation for five years after pleading guilty to conspiracy, assault and grand larceny, and people now want to know what she is up to.

So, keep reading this article till the end to know everything regarding her personal and professional life.

Facts To Know About Samantha Barbash

Samantha Barbash was born in 1973 in The Bronx, New York, United States making her age 49. She was considered the ringleader behind a group of strippers who allegedly defrauded wealthy men out of money after drugging them. Not only that, but they spend thousands of dollars on their credit cards at strip clubs around New York City.

Due to that, Barbash was on probation for five years after pleading guilty to conspiracy, assault and grand theft. Her story was also presented in Jessica Pressler's 2015 article called The Hustler at Scores. Pressler's report comprised the basis of the film Hustlers, starring Jennifer Lopez and Constance Wu.

While talking to Vanity Fair, Barbash said she didn't enjoy her portrayal in the film. Also, she said that she was not like that character in person. Apart from that, Barbash has also faced one of the most tragic incidents in her life.

See This: The Voice Coach John Legend Net Worth Is in Millions: His the Voice Payment Revealed!

Saying goodbye to her fiance was one of the hardest times for Samantha Barbash. Her late fiance goes by the name of Gaby. She was engaged to Gaby, and they were planning to get married.

The details regarding when they began dating and got engaged are not available in the public domain, as Barbash has kept it private. But surely, Barbash and Gaby had good times together as they were about to take their relationship to the next level.

Their dream couldn't get fulfilled as Gaby passed away in 2021. Barbash took to Instagram to share the sad news on June 24, 2021, saying,

"The love that this man had for me and my family was crazy, an amazing father and all around good guy everyone used to tell him he was the lucky one but in reality I was."

God took you way too soon. Now I have to try to pick up all the pieces to my life without you. I never would have thought months before our wedding you would be taken from me. Make sure you save my space next to you."

"In my demanding voice" #rideordie fyi i know you are here with us because donut is loco just like you were, and you trained him; he snores like you while riley licks your pillow"

Despite having gone through this hard time, she moved on, but she still remembers her late fiance. On October 24, 2022, Barbash posted a photo of her on Instagram with a song. It was a tribute to Gaby. She wrote,

"Never stop remembering laugh out loud smile big cry whatever is gonna keep you strong nobody can break you.. you are unbreakable 6-1-21

Moreover, people are now eager to know what Barbash is doing despite all these heartbreaks.

What Is Samantha Barbash Doing Now?

Samantha Barbash is now busy with her life running her own business. She runs the Perfect Silhouette MediSpa in New York City. Barbash founded the spa alongside a business partner named Alexis.

Their spa offers cellulite reduction and skin tightening. So, it can be said that Barbash is racking up a considerable fortune from her business. She is also a social media influencer with a strong fan base on her IG account, where we can follow her as @iam_missfoxita.

Barbash has gained over 250k followers. Also, she has two pet dogs named Donut and Rilita jean. She has created a separate IG account for her dogs.