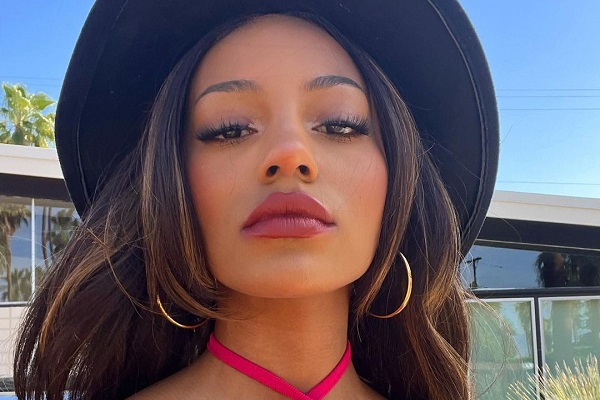 Savannah Lee Smith is a talented American actress who gained widespread recognition after appearing as Monet De Haan in the HBO Max series Gossip Girl. She is a rising actress whose name has been making headlines on the internet lately. She has also worked in Something Here.

The 22 years old actress' role in her new project has dragged her into the limelight. She debuted as the first lesbian character in the show. After that, Gossip Girl viewers were concerned about her sexuality and personal life.

Keep reading to know everything about her sexuality and love life.

Who Is Savannah Lee Smith Dating Now? Details To Know About Her Boyfriend

No, Savannah Lee Smith is not dating anyone at the moment and does not have a boyfriend. Till now, there have been no records of the actress having series affairs in the past too. Besides, she couldn't connect to people as a child as she was bullied for her skin color.

In August 2021, she gave an interview with the New York Post, where she opened up about her experience of being bullied. While opening up, she revealed Smith became more comfortable in her skin after moving to NYC. Due to that, she earned her role as Monet.

In the same interview, Smith revealed her boyfriend was one of the first people she called to celebrate. After calling her boyfriend, Smith cried, and she tried to tell him the good news. Despite talking about her past experiences and her boyfriend, she didn't mention much about her love life. Also, Smith didn't reveal her boyfriend's name.

From this, it can be said that Smith is a private person who likes to keep her love life away from the public domain. Apart from her love life, Smith has been open about her sexuality.

Read More: What Is Jenna Jameson’s Net Worth and Salary? Details on Her Earnings!

Savannah Lee Smith Opens Up About Her Sexuality - She Is Bisexual

As said above, Savannah Lee Smith does not talk much about her dating life. She identifies as bisexual and often posts about being bisexual on social media. Initially, Smith kept her sexuality secret and did not open up with her parents too.

But Smith accidentally came out while healing from surgery. It is reported that Smith came out to her family while recovering from a painful scoliosis surgery. While talking to New York Post, Smith recalled that moment saying, "I'd just gotten off of bed rest after a month, and I was teaching myself how to walk again."

In the same way, Smith struggled with some of her relatives disapproving of her sexuality but received love and support from her parents. So, her immediate family's support likely inspired her openness about her identity in public. After that, she also got her Gossip Girl role.

You May Read: Was Leslie Jordan Gay in Real Life? The Truth Revealed About Iconic Actor’s Sexuality

Savannah Smith is Monet de Haan on the HBO Max reboot of the iconically catty drama. Gossip Girl's showrunner, Joshua Safran, shared in a July 2021 interview with Them magazine that Monet wasn't initially a lesbian.

But, once he saw Smith's openness about her sexuality, he approached her about making the character gay, and she jumped at the chance. Likewise, Smith showed her support for Monet's sexual orientation publicly during her role's Season 1 reveal. Moreover, Smith is doing pretty well in her career, and her new project has helped her gain fans too.