By Suyog Kafle
Published:  April 28, 2022
Seth Dillon is best known as the founder of The Babylon Bee.
IG: beechief

Seth Dillon is an entrepreneur, speaker, humorist & investor. He is known as the CEO of The Babylon Bee which was founded on March 1, 2016. The Babylon Bee is a conservative Christian news satire that is one of the most trusted websites that post articles on religion, current events, politics & prominent people.

How Old Is Seth Dillon? Explore His Wiki, Age & Family

He is very secretive regarding his early life information, we have found nothing about his early life, birth & other aspects. He tends to hide his early life, and parents from the media and public eyes. According to the source, Seth Dillon is to be at the age of his 36's as of 2022. He had graduated from Palm Beach Atlantic University.

We have come to know he is a Christianity who believes in one Jesus & gods. He even doesn't reveal his ethnicity. Talking about his thoughts, He values the truth moreover & strongly believes to overcome a social superstation, issues like color, caste and thinks everybody deserved to be loved.

Seth Dillon was married to Tara Dillon, whose life has been kept out of the spotlight to maintain a private well lifestyle. The couple hasn't revealed much about their relationship. The couple was married on March 14, 2010. They met in 2005 when he was working at Enterprise, his future wife came to him for a car rental.

They had two kids who were sons. According to his interview on First Class Fatherhood, he has clearly said that he is not having any daughters and is done here to have more kids. However, his wife  Tara Dillon wants to have a daughter but the couple had decided to be done at the point of having more children.

In the interview, he also talk about how to make children to captured good behaviors, politeness, and other important aspects of the family. 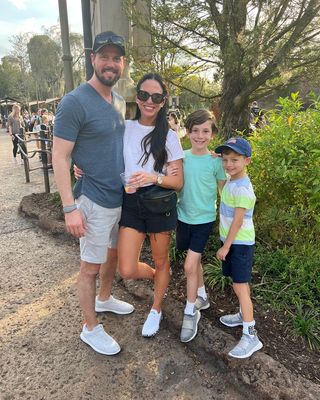 The couples were happy as of April 2022 without any controversy, fights, or rumors. Recently On March 14, 2021, he posted his wife's photo only where he has mentioned his wife and wished her 12th Anniversary and in the caption, he writes about how he met his wife.

The website The Babylon Bee was created by Adam Ford on March 1, 2016, and was later on sold to Seth Dillon in late 2018. The headquarter of The Babylon bee is in Jupiter, Florida which has more than 25 employees around the United States.

In 2018, Kyle Mann who has been the website's top writer since September 2016 was promoted to editor in chief at the sale. At that time, they have 3 million monthly page views during transactions.

As of October 2020, they have roughly 8 million visits each month and have more than 20,000 paid subscriptions on the website. Dillon has an estimated net worth of more than $1 Million as of 2022.

According to him, the page is temporarily banned for a tweet mocking Dr. Rachel Levine, who identifies as transgender. Dr. Rachel serves as an admiral in the U.S Public Health Service Commissioned Group.

I just received this notice that we’ve been locked out of our account for “hateful conduct.” pic.twitter.com/udMriKcDr6 — Seth Dillon (@SethDillon) March 20, 2022

we're not deleting anything Truth is not hate speech. If the cost of telling the truth is the loss of our Twitter account, then so be it.

He also said that there were other ways to support the website if the page will not be on Twitter also. Additionally, he said to be a premium subscriber, then they have direct contact with the customer through their email address.