Shantel Vansanten Is Married to Her Husbnad, Victor Webster – More on Their Love Life 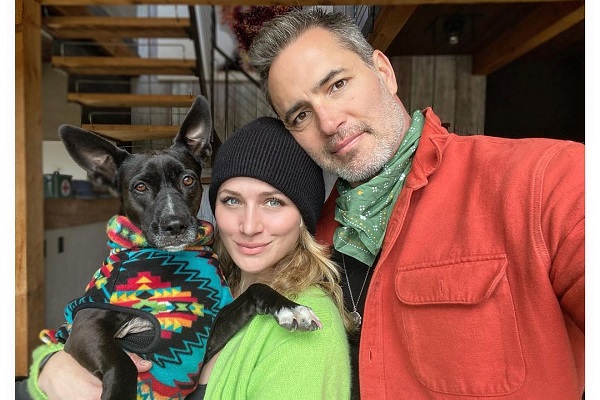 Shantel VanSanten is a well-known actress and model from the United States of America. Active since 1999, VanSanten has worked in many films and tv series that have done pretty well in the industry. Some of her notable works can be seen in CSI: NY, The Boys, and FBI.

Alongside her professional career as an actress, VanSanten has also maintained a happy married life, and her husband is also from the same industry. VanSanten has been married to her husband, Victor Webster, since 2021.

Not only that, but they have also worked together on some projects. Some people ask if they are still married. If you are one concerned viewer of the power couple, keep reading this article till the end.

Shantel VanSanten has a loving and caring husband named Victor Webster. Both of them are engaged in the same industry, and it can be said that they have been the backbone of each other's careers. Their love story began back in 2016 on the set of the Hallmark rom-com.

Victor is one of the most prominent actors who has been working in the film line since 1998. Some of his notable appearances are in Days of Our Lives and Continuum. Besides, VanSanten and Webster have also worked together on a project.

VanSanten and Webster starred opposite each other in a tv film named Love Blossoms. Webster appeared as Declan "Dec" Granger, while VanSanten landed the role of Violet Chappel. It premiered in 2017.

Read More: Who Is Shenseea? Everything To Know About Jamaican Dancehall Singer Shenseea

Both Shantel VanSanten and Victor Webster have never hesitated to showcase their love and talk about it in the media. As we know, they worked together in a Hallmark movie. Webster once said that his life has been like a Hallmark movie. Talking about his relationship with Media Village, Webster revealed that they met each other in Belgium while doing Love Blossoms.

After working together, their bond began getting stronger. Later, the duo started dating each other, and after four years of dating, Webster proposed to VanSanten in February 2021. They got engaged on February 9 and also shared the happy news on Instagram. Later, they talked with some entertainment sites talking about their wedding plans.

Furthermore, VanSanten and Webster have tied the knot three times. First, they had an intimate civil ceremony outside the Pasadena City Hall in California on August 9, 2021. Thye married on that day, tributing VanSanten's grandparents.

Likewise, their second marriage ceremony happened in October in Napa. Finally, the third celebration was in VanSanten's hometown of Luverne, Minn. Since then; the couple has been sharing the relationship of a husband and a wife. They are fun-loving person, and during their spare time, both of them loves exploring different places. They may have struggled in their life to keep their relationship alive, but VanSanten and Webster have become an example to the world.

You May Read: Shannon Thornton’s Low-Key Dating Life: Married to Her Secret Boyfriend?

We can get updated with their life by following VanSanten on Instagram as @therealshantel and Webster as @iamvictorwebster.