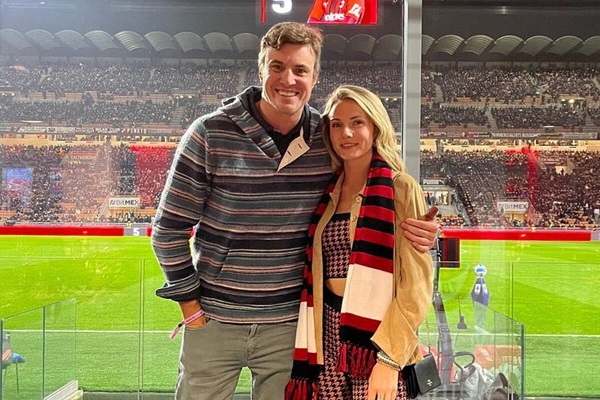 American businessman Shep Rose was born and raised in South Carolina and has made quite a name for himself in recent years.

And Rose got more into the spotlight after making his appearance in the reality TV series Southern Charm.

On the other side, Taylor Ann Green is an Appalachian State University graduate who serves in orthodontics as a clinical assistant.

They made headlines after dating each other, and their on & off relationship has left many people confused at the moment.

Back in July 2022, People confirmed that Rose and Green are not together as they split after dating each other for 2 years.

For your information, Rose and Green started dating at the beginning of 2020 and went official in May of the same year by sharing some snaps on Instagram.

As the news of their separation came a few months back, fans are confused as they think the pair have reunited again as Green & Rose were spotted together in Vero Beach, Florida recently.

Let's get to know more about this topic here.

Are Shep Rose and Taylor Reunited After Split?

As said earlier, Shep Rose and Taylor Ann Green were recently spotted in Vero Beach, Florida, which led fans to believe they might have reunited again after breaking up a few months ago.

One of the casts of Southern Charm named, Olivia Flowers, shared some Instagram stories along with Rose and Green.

Due to this reason, rumors of them being together again are circulating on the internet. Some reports show they have recently hung out, but the relationship is professional.

According to the Reality Blurb, Rose and Green will see each other at the reunion in September and at BravoCon in NYC.

So, till then, it can't be confirmed whether they started dating again or not. Now, let's move on to their relationship timeline and break up.

ALSO: Are Never Have I Ever Cast Maitreyi Ramakrishnan and Darren Barnet Dating in Real Life? Explore Their Relationship

Relationship Timeline: How Long They Dated?

Moving into the relationship timeline of Shep Rose and Taylor Ann Green, they have dated each other for two years.

Their dating rumors sparked when Green shared a snap via Instagram, kissing Rose on the cheek in March 2020.

Their bond was growing, and they were doing pretty well in their life. Not only that but Rose and Green faced some issues. Back in January 2021, Rose revealed that he cheated on Green.

The announcement was made during the season 7 reunion.

Furthermore, they also went on a European vacation in March 2022. Just after four months, in July 2022, the Us confirmed that the twosome broke up after two years of dating.

But recently, they reunited for a promotional video which is taking over the internet.

Moreover, Rose and Green may share some updates about their relationship in the future as their fans are eager to know about it.

READ: Is Author Melissa Reddy Dating Her Boyfriend? An Insight Into Her Married Life & Net Worth

So, Shep and Taylor share 15 years of age gap.

Despite having 15 years of age gap, Rose and Taylor dated each other, and they are still figuring it out.

Apart from that, Rose's career started in the real estate field, sailing around Bluffton and Savannah. And before making his appearance on television, he also worked in commercial real estate.

On the other side, Taylor Ann Green received a degree from Appalachian State University.

After completing her education, Green started working in orthodontics as a clinical assistant. So, both of them are established in their own fields.