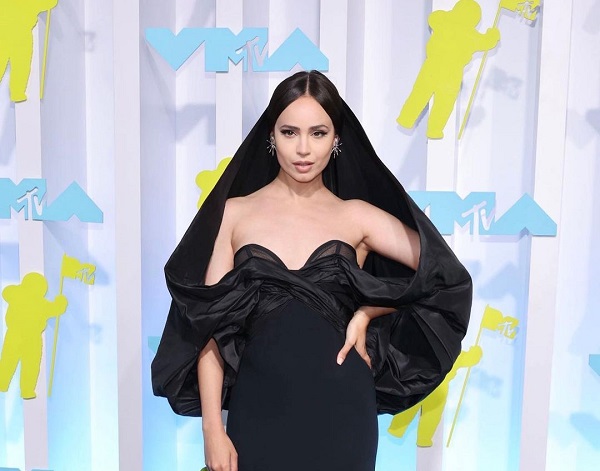 Sofia Carson is a prominent actress and singer hailing from the US who is currently making headlines on the internet after the release of her new movie.

Her new Netflix romance Purple Hearts, which counts her as star and executive producer, has taken over the internet.

Apart from that, Carson is also noted for her role in Descendants, where she landed the role of Evie. As we know, she is also a singer, and Carson began her career in the music industry.

Since getting signed with BMI as a singer-songwriter in 2012, Carson has been active in this field.

Some of her notable music works are Descendants and A Cinderella Story: If the Shoe Fits.

After the release of Purple Hearts, people are concerned about her personal life, and they are asking questions regarding her relationship status.

So, collecting all the information, we've talked about the Purple Hearts star's dating life here.

Well, the actress Sofia Carson is a very private person, and she has not given any hints regarding her dating life or anything about her having a boyfriend.

But in an interview with Extra given in January 2022, Carson said that she is keeping her life far from the media and maintaining privacy.

So, her low-key nature makes it more challenging to know about her relationship status. In the same way, it can't be confirmed whether Carson is dating a boyfriend or leading a single life.

As Carson has not shared any posts related to love life on her social media handles, it can be said that she is single and is focused on her career.

However, the Purple Hearts star may give some hints about her boyfriend in the future as many of her fans and followers are curious to know about it.

Apart from that, Carson was linked romantically with some guys in the past. So, let's explore her dating history.

You May Be Interested In: Who Is RHODubai's Chanel Ayon's Husband? Explore Her Net Worth, Family & Kids

Take a Look at Sofia Carson's Past Relationship

As we know, Sofia Carson keeps herself far from the media and does not talk about her relationship openly. Despite that, Carson has been linked romantically with some guys in the past.

Not to mention, Carons's relationship with her co-star in Purple Hearts, Nicholas, has also gathered huge media attention. However, it is unknown whether they are good friends or more than that.

Apart from that, Carson was previously linked to Manolo Gonzalez Vergara.

Although they never confirmed or refused their relationship, people were convinced that they were more than buddies when Carson cuddled up to him in December 2016 Instagram post.

Later, they also shared a video that created more confusion among their fans.

In the same way, Carson was linked with the late Cameron Boyce. They were linked as they were working together on Descendants.

Sadly, Boyce passed away on July 6, 2019, as he was found unresponsive at his home in Los Angeles.

Also Read: P-Valley Actress Elarica Johnson Has a Husband? Is She Married or Dating Someone?

The newly launched Netflix movie is based upon the novel of the same name by Tess Wakefield. In Purple Hearts, we can see Carson as Cassie Salazar.

Salazar is a waitress and bartender at a bar and Luke's wife. Luke is a role played by Nicholas Galitzine, a British actor and singer.

It is a huge success for Carson as the movie has been watched for over 100 million hours. It can be said that Purple Hearts was a turning point in Carson's career.