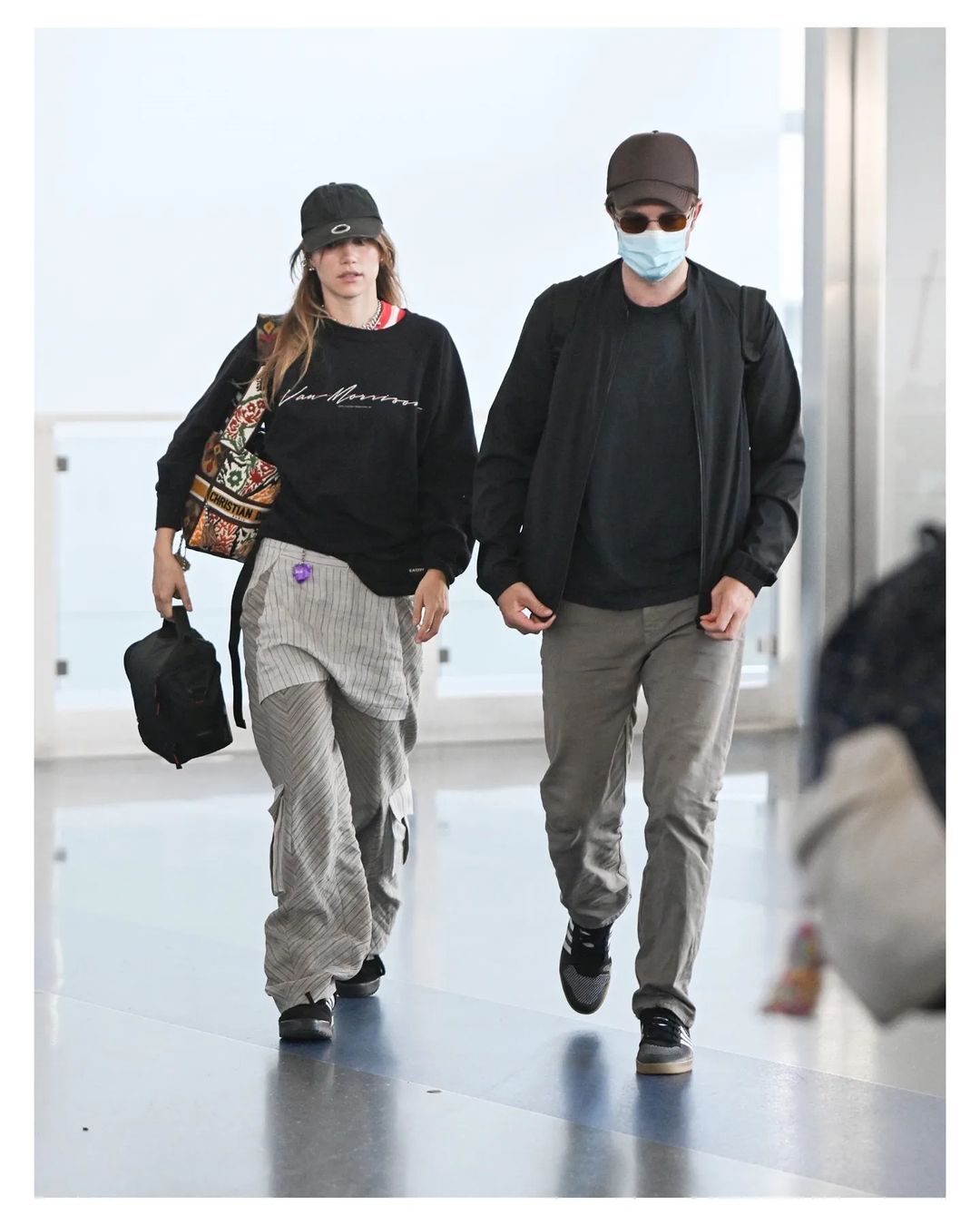 Suki has acted in TV shows like Material Girl, Into the Dark, Daisy Jones & The Six, as well as movies namely Rachael, Love, Rosie, The Divergent Series: Insurgent, Pride, and Prejudice, and Zombies to name a few.

Born on 5 January 1992 in Hammersmith, London, England, Suki is presently 30 years old. Her full name is Alice Suki Waterhouse. The model was brought up by her parents in Chiswick, London.

Suki's mother is Elizabeth Waterhouse who is a cancer care nurse. Meanwhile Suki's father Norman Waterhouse is a plastic surgeon.

Besides, the actress also has three siblings; a brother named Charlie, and two younger sisters named Madeleine and Imogen Waterhouse.

Suki was discovered by a modeling agency in a London pub. At the age of 16, she left school to pursue her career in acting and modeling.

The model has been in a relationship with Robert Pattinson since mid-2018 and they have been living together in London since 2020.

The duo first sparked romance rumors in July 2018 when the pair were spotted together at a cinema hall.

In the following years, they were photographed together several times as well despite both of them keeping tight-lipped.

During the pandemic, Suki was quarantined with the Batman star Pattinson as a May 2020 GQ profile of the actor reported he was living in London with his girlfriend.

The actress has yet to marry anyone to date, Despite dating many men in the past, Suki remains unmarried. After Suki started dating Pattinson, the duo sparked engagement rumors several times.

However, neither Pattinson nor Suki have explicitly mentioned details about their engagement or wedding plans to the media.

Rumors about Robert Pattinson and Suki Waterhouse's pregnancy spread like wildfire after Tabloid made those allegations. Some claims said they got pregnant during the lockdown and were expecting a baby soon.

A so-called "friend" of the pair revealed that the couple didn't plan to walk down the aisle soon as they were allegedly preparing to welcome their baby.

However, the suspicious friend claimed that eventually they'd get married someday. Nevertheless, rumors about Suki's baby bumps and pregnancy have already been proven to be false.

Suki Waterhouse Career and Net Worth

Moreover, the model has even appeared on the covers of British, Korean, Thai, Taiwanese, and Turkish Vogue, Tatler, British and Korean Elle, and many other magazines. In April 2017, Waterhouse was selected by the makeup brand Laura Mercier as "Mercier Muse".

In September 2016, Waterhouse launched Pop & Suki which is a Millennial-targeted accessories brand. The brand was co-founded with her best friend named Poppy Jamie and CEO Leo Seigal.

Suki Waterhouse's net worth is estimated to be around $12 million approx.