Is Tatiana Maslany Married to Her Boyfriend? More on Her Dating Life 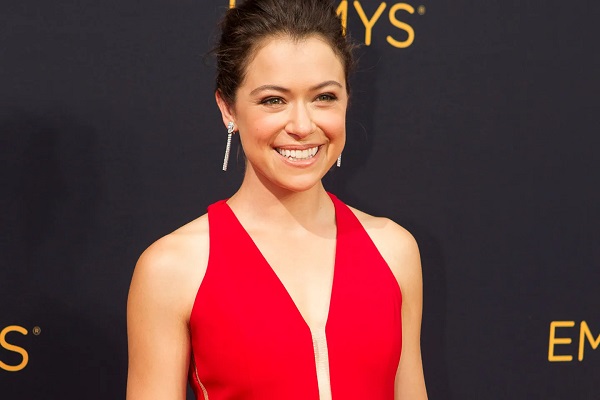 She is widely noted for her appearances in Perry Mason, Orphan Black, Stronger, and Destroyer. Maslany has won multiple awards for her work, and she was also the winner of a Primetime Emmy in 2016.

Apart from being famous for her professional life, Maslany often gets into the limelight regarding her love life. The She-Hulk: Attorney at Law actress is taking over the internet as her new projects are on the way.

Due to this reason, fans are also eager to know about her present and past affairs.

For your information, Maslany was previously in a relationship with Tom Cullen. The former pair, Cullen and Maslany, met each other on July 11, and after some time, they fell for each other.

Shortly, they started dating. Initially, Cullen and Maslany kept their love life away from the public as both of them were aware of their privacy.

They were first snapped together in public in 2012 at the 2012 Toronto International Film Festival. After appearing together at various events, people started loving the pair.

They also had good times, but after some time, their bond began getting sour. Their breakup rumors sparked when fans noticed they unfollowed each other on Instagram.

Later, people learned that Maslany moved out of the house in Los Angeles she owned with Cullen. This became a clear reason that the former pair split after being in a relationship for around eight years.

Since then, she kept her dating life away from the media prominence, but now the actress is again in the spotlight after her recent appearance on The Late Show on Thursday, where she talked about her new boyfriend turned husband.

So, keep reading to learn more about her dating life after her breakup with her ex-boyfriend.

Dating Life – Tatiana Maslany Is Married to Her Boyfriend

Moving into her present dating life, Tatiana Maslany is a married lady, and her lucky husband's name is Brendan Hines. She recently appeared on The Late Show, discussing her wedding with her partner.

The loving pair started making headlines on the internet around December 2020.

They were spotted together in some pictures that sparked dating rumors. Not only that, they grabbed people's eyes when they attended the opening night performance of Broadway's 'Take Me Out.'

Like her past affair, Maslany kept her present relationship private, but finally, on April 4, 2022, it was publicized.

And now, Maslany married Hines, but she has not given much about her wedding. While appearing on the show, Maslany said, "I married a wonderful guy named Brendan."

Moreover, Maslany is doing good in her life, and she may give more updates about her marriage in the future as her fans and well-wishers are eager to know about it.

Learn: Is Kofi Siriboe Married or Dating Someone? A Closer Look at His Personal Life

More on Tatiana Maslany Past Affairs

As we know, Tatiana Maslany was previously in a relationship with Tom Cullen. Not to mention, Cullen is a Welsh actor and director famous for his work in Weekend, Castle in the Ground, and Black Mirror.

The former pair have almost a decade year togetherness. During their relationship, they appeared in various events, and people thought they would turn their relationship into marriage. However, it couldn't happen as they separated.

One Tom gets married this year and a bunch of others split up... ðŸ˜¬ðŸ¤­

On the other side, fans want to know if she had other partners in the past. Meanwhile, there are no records of her being involved in any romantic affairs with other men.

So, she just had one open partner, but now, Maslany is leading a happy life with her husband, Brendan Hines, an American actor and singer-songwriter.