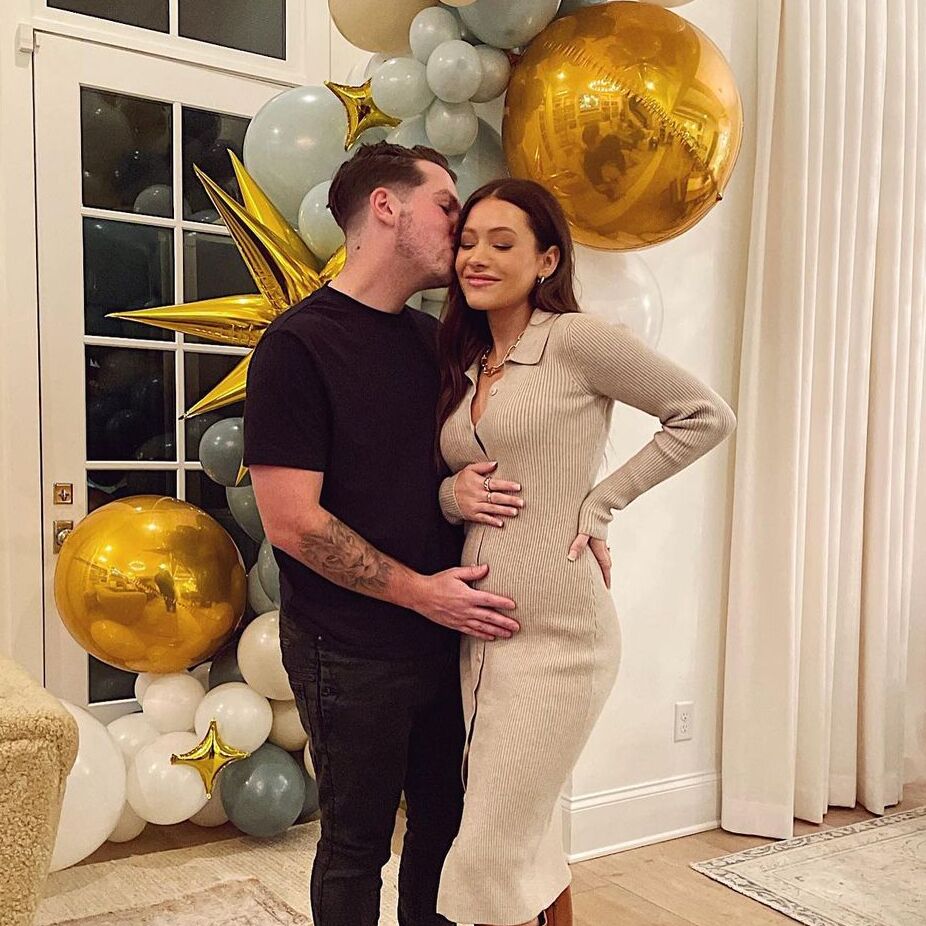 Taylor Dye is a member of the singing duo called Maddie & Tae. Dye is a famous country singer. Some of her famous songs include Die From A Broken Heart, Friends Don't, and more. Her debut album Star Here was released in 2015 which contains singles like Girl In A Country Song, Fly, and Sierra.

Recently, she has revealed the news of her pregnancy. Her fans are going crazy over this news. They want to find out if this is true or not. Some of them have been waiting for the gender of the baby to be revealed. Pregnancy itself is exciting news. It becomes even more hyped up when a famous name like Taylor Dye is involved.

Taylor Dye indeed is pregnant. She herself has confirmed the news through her Instagram. She is expecting her first child with her husband Josh Kerr. She posted a series of pictures on her Instagram where her husband is seen cradling her baby bump on 21 November.

The background looks perfectly decorated for the occasion. It looks like the couple had been celebrating. Anyone would celebrate on such a joyous occasion. The couple also did not hesitate to reveal the gender of their baby and it is a girl.

The third picture in the series shows the two biting into slices of pink cake that made it clear that they are having a baby girl. A banner was also seen which had the word GIRL in the background. So it is official, Taylor Dye is going to be a mother to her daughter.

Dye's singing partner Maddies is also super thrilled about the pregnancy. She has made a sweet comment with a crying emoji under the picture Tae has posted:

Thank you Jesus for the biggest blessing!! I CANT WAIT TO MEET HER

The baby is coming to the world in the spring of the year 2022. Tae has decided to call her unborn child 'baby Kerr' for now. We are sure the couple is coming up with an adorable name for their baby once she is born. The couple also has earned a great fortune. So raising the baby is not going to be too difficult for her.

Her husband Josh Kerr is the lucky father of the baby. They had been dating for a while before they decided to tie the knot in September of the year 2019. They got married in February after a year of being engaged. Josh is a Grammy award-winning songwriter.

He is also a music producer at Black River Publishing apart from being a hit songwriter. His famous songs include Love Me Like You Mean It and Dibs. The pair is lucky to find someone with the same profession and interest. Josh was brought up in New York where he started making music.

He was more than happy when Dye had said yes to his marriage proposal. He is over the cloud at the moment to become a father. The overjoyed couple are patiently waiting for the baby.

Taylor Dye Of Maddie And Tae

Taylor Dye was born and brought up in Ada, Oklahoma. Her brother Mason Dye is a renowned actor. She moved to Nashville once she was done with high school. She used to partake in numerous events ranging from singing to festival competitions. Her full name is Taylor Elizabeth Dye.

She first met Maddie of Maddie And Tae when she was 15. The two met through a shared voice coach. They then started to write music together. Tae has had a failed relationship in her past with fellow country singer Jackie Lee. She has finally found her happily ever with Josh.

Tae has got distinctive videos. She occasionally posts videos on her social media, most specifically Instagram. She has a total of 136 thousand followers on her Instagram as of November 2021.