Gossip Girl: Does Taylor Momsen Have a Boyfriend? Complete Insights on Her Dating Life! 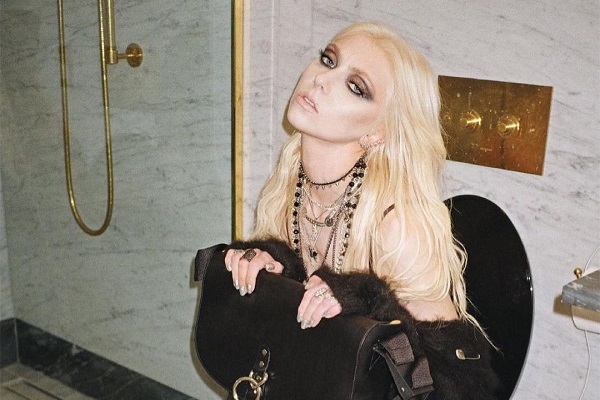 Taylor Momsen is a prominent American singer, musician, and former actress. As for her acting, Momsen is famous work her appearances in We Were Soldiers, Gossip Girl, and Saving Shiloh. Besides that, Momsen has also been the frontwoman of the American rock band Pretty Reckless since their beginning in 2009.

Being an actress, Momsen has gained widespread recognition after working in Gossip Girl. Momsen's professional life is like an open book to the world, but her personal life has dragged many people's eyes. In today's writing, you will get to know everything about her love life.

Does Gossip Girl Actress Taylor Momsen Have a Boyfriend?

At the time of this post, Taylor Momsen is single, and she appears to be entirely focused on her career. It is safe to say that Momsen is busy with her musical career and making music too.

Momsen has never had serious affairs in the past. Besides, Momsen is also known for keeping her life away from media prominence. Due to her secretive nature, it is more challenging to know about her love life. Despite maintaining a distance from the media, Momsen had some rumors in the past.

You May Read: Inside Celebrity Chef Rachel Khoo and Her Husband Robert Wiktorin’s Married and Love Life

Has Taylor Momsen Dated Anyone in the Past? Relationship Rumors

As we know, Taylor Momsen is of private nature. Despite keeping her love matters away from the spotlight, Momsen has been linked with multiple guys in the past. Momsen was linked with Jack Osbourne, an English media personality famous as the son of heavy metal singer Ozzy Osbourne.

People were surprised when the dating rumors of Momsen and Jack came into the media. It is reported that the rumored couple had an affair in October 2010. However, it was never confirmed whether they had serious affairs or not. Some online sources report their dating rumors sparked when they were seen hanging out together.

Besides that, Momsen was reportedly in a relationship with the Narnia star Skandar Keynes. Their dating rumors came into the media in 2008 after Keynes broke up with We Need to Talk About Kevin actress Rebecca Swinton. Meanwhile, they neither confirmed nor denied the rumor. Due to that, it can't be confirmed whether Momsen and Keynes had something or not.

Likewise, Momsen was linked with Chase Crawford. They worked together in Gossip Girl, and their on-screen romance has left people thinking they may have something in real life too. A report also shows that they were seen kissing at a holiday party. Furthermore, Momsen was said to be in a relationship with Natt Weller.

Click and Read: Lewis Howes and His Girlfriend, Martha Higareda Are Dating Happily

Taylor Momsen Has No Time For Love

Once, the singer herself admitted that she was busy with her career and working schedule. Back in 2010, Momsen said that she was focused on making music.

While talking to Page Six, she said she was writing and recording songs for her album. Momsen said, "No, I don't have a valentine," she told us. "I have Valentine's Day tradition to make sugar cookies with my mom, so I guess she's my valentine." If she has someone in the future, we will keep you updated.