Learn Everything About Teddy Ruks From Black Ink Crew: Age, Married, Wife, And Net Worth 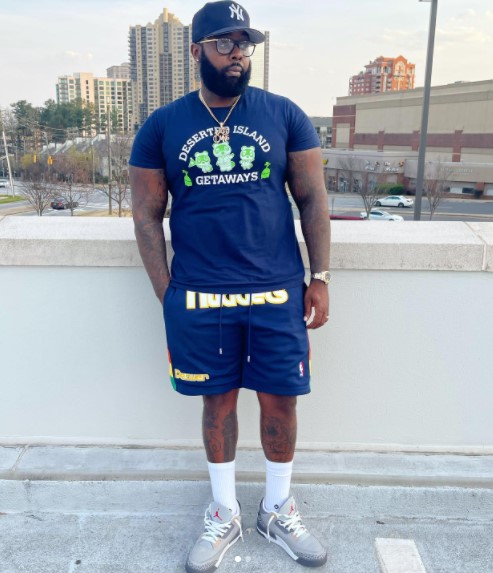 Teddy Ruks's real name is  Shariff Homer. Born on January 26, 1983, in New York, the United States of America, Teddy Ruk's age is 39 years old. He holds an American nationality and his ethnicity is African-American. Teddy's zodiac sign is Aquarius. The tattoo artist did his elementary schooling as well as his high schooling in New York. Subsequently, Teddy enrolled at a private university to study English and Management programs.

Teddy currently works at his cousin Ceaser's shop called the Black Ink tattoo located in Harlem, New York City. Teddy serves as an administrative assistant there. The Black Ink Crew star revealed that he joined the shop to escape from his street life.

Black Ink Crew is an American reality television series. It premiered on January 7, 2013, on VH1 and has aired nine seasons in total. The show "Black Ink Crew" follows the daily lives and associated drama at a Harlem, N.Y., tattoo empire, where a close yet dysfunctional staff of artists serves an increasing celeb clientele. Ceaser, the "reigning tattoo king", is the owner, and architect of the Black Ink brand who has made the business into a New York hotspot for fresh ink.

Teddy Ruks appears on Seasons 4 to 9, and as a  supporting cast in seasons 1 to 3. He has earned a name for having multiple controversial love affairs with fellow castmates like Krystal, Jadah Blue, Tatti, London, and Sky Days, among others.

Fans got to witness Teddy as a playboy who flirted around with co-star Krystal despite being in a relationship with Tatti. Moreover, the tattoo artist is seen developing a new love interest nearly every season. However, to the surprise of many, Teddy got married to a girl named Euni in December 2019.

The Black Crew Ink star Teddy Ruks quietly got married to the beautiful Korean Instagram model called Euni. The duo kept their marriage a secret from their fans. The reality star finally introduced his wife to the world in an episode of Black Ink Crew aired in April 2020.

Rumors started about the tattoo artist Teddy having a child with his wife Euni when he uploaded a set of three pairs of sneakers in 2020. The first pair appeared to be his and the second ones Euni's but the third which were of child-size sparked speculations that it was presumably of their kid.

However, Teddy neither confirmed nor denied his fan's queries. Moreover, the post has also been deleted ever since.

What Is Teddy Ruks Net Worth And Salary?

The rapper's net worth is valued at $4 million. DreShare reported that Teddy's annual earnings are estimated to be between $75,000 and $84,000 which has probably increased ever since his debut days. Besides, On Black Ink Crew, Teddy made quite a generous amount as a businessman. Teddy also has his merch which you can buy on his website. Additionally, he is also a musician whose stage name is RGLR Shmoove.

RGLR Shmoove aka Teddy Ruks is on Instagram where he has over 1M followers. He also has his own Spotify page which you can check here. The rapper also has a Twitter account with over 98K followers.