The Voice Results: Who Was Eliminated and Who Made the Top 8 on Season 21 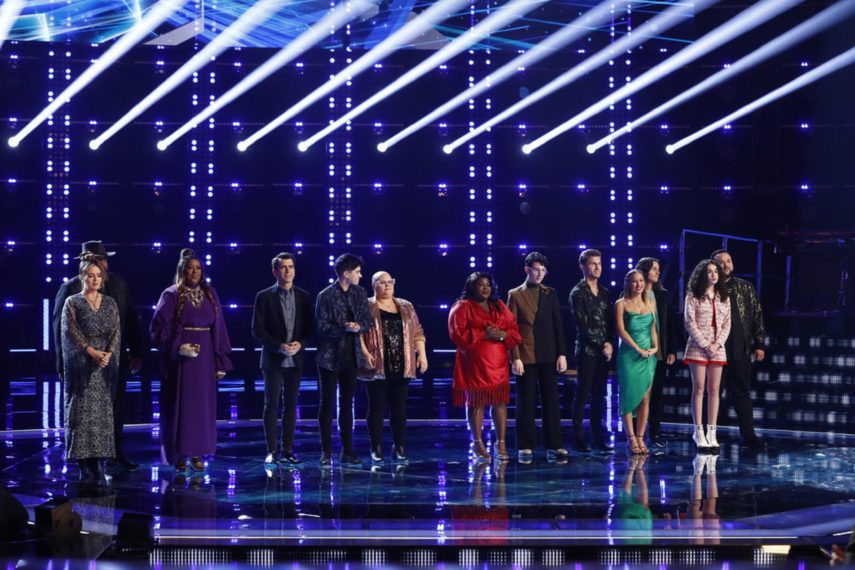 The Voice is all set to end the 21st season after a few weeks. Semifinals are going to be held next week. The top 10 just learned which 8 of them are going to continue in the competition. The result was based on America's vote from their last performances.

We have approached Tuesday's eliminations of the show. The two coaches Blake Shelton and Kelly Clarkson started out the night of elimination with three contestants each on their teams. Ariana Grande and John Legend however had two contestants each.

The names of the first seven singers to continue were announced during the show. It was based on which seven contestants scored the most votes. The remaining three had to perform once again for the Instant Save. Only one of the three got the honor to be saved.

The Voice Season 21: The Top 10 contestants

The top 10 names performed brilliantly on the song of their choice. Holly Forbes performed on the song Last Dance whereas Wendy Moten had beautifully sung the song Jolen. Jeremy Rosado sang Freedom Was a High Way and Jershika Maple chose Ain't It Fun.

Jim & Sasha Allen opted for the song Stay. Paris Winningham sang the song Amazed. Hailey Mia presented the viewers with Peter Pan. The sibling band Girl Named Tom performed the song Viva la Vida. All of them put in their efforts but two of them were bound to be eliminated.

The 10 contestants first performed the songs of their choices to open the night at 8:00 PM. Then came the announcement of the first two contestants to make it to the Top 8, Paris and Jim & Sasha Allen. The 22nd episode had a lot of fun moments other than eliminations.

Former coach Gwen Stefani also made an appearance in the episode. She introduced her winner Carter Rubin who has recently debuted his new song called Horoscope. The announcement of the Top 8 contestants was also being made throughout the show while they stopped for a few breathtaking performances.

Viewers were delighted to see a few bloopers with the coach Ariana Grande just before the band Girl Named Tom made it to the list. Mae Muller performed her song Better Days featuring NEIKED and Polo G before the announcement of the last two contestants to be saved. Five more contestants got to know that they too were in the top 8. The Instant save round was right after this announcement.

You May Also Like: Rodney Blackstock's Family And Kids: Meet The Ex-Husband Of Maria Taylor

Who Won The Highest Votes?

Show host Carson Daly announced the name of the contestant with the most votes after some chitchat. Paris Winningham from Team Blake became the first one to be saved from the elimination. Jim and Sasha Allen from Team Ariana were the second ones to be saved.

Holly Forbes, Jershika Maple, and Jeremy Rosado became the three remaining names. The three were the ones to compete once again for Instant Save but only one of them was going to be saved. The top seven contestants were seen relieved.

Who Got Eliminated After The Instant Save?

The Voice Season 21:  Who made it through to the Top 8 saved by America?

Who won the Instant Save on The Voice?

Jeremy Rosado went first to perform before the round. He sang What Hurts The Most to try his luck in the competition for the last time. Kelly was amazed at this performance by him. She gave a positive response saying that he was a gifted singer.

Holly Forbes was the second one to perform. She went on to sing the song Because Of You by one of the coaches, Kelly Clarkson. Ariana loved this performance and claimed that Holly being in this position was absurd. But someone has to go after the intense competition.

Instant Vote was the only savior for the three contestants to fulfill their dream of winning. The vote was counted again for the round. Carson then revealed the winner of the Instant save was none other than Jershika Maple. Sadly, Jeremy Rosado and Holly Forbes had to be eliminated after the round.

And the Instant Save winner is... ðŸ‘‡ #VoiceResults pic.twitter.com/rb0PuZoD14 — The Voice (@NBCTheVoice) December 1, 2021

Many of the viewers are happy with the result of Instant Save. Jershika was one of the fan-favorite contestants. Even the judges loved all of her performances. But the eliminated ones had their own fan bases as well. Since it is a competition, some of them had to go.

Regardless, the contestants earned good names for themselves. They will have a good experience in their music career. Many of them will have a great career in the future whether they won the competition or not. The Voice airs Monday and Tuesday at 8 PM NBC.