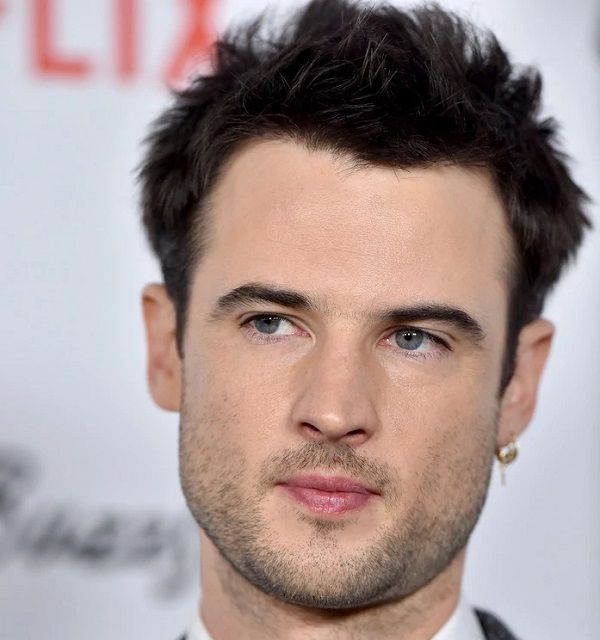 English actor Tom Sturridge is one of the most experienced actors who got into the media prominence for his works in the movies like Being Julia and Like Minds. Currently, he is in the limelight as Sturridge came with a new role in the Netflix adaptation of The Sandman.

In The Sandman, we see him as Dream of The Endless / Lord Morpheus. So, his recent work is getting widespread recognition. Besides that, he has previously worked in numerous movies, which helped him win awards like Outer Critics Circle Award in 2013.

From this, it can be said that Sturridge has fans from around the world. Due to this reason, they are concerned about his personal life.

Who Is Tom Sturridge From the Sandman?

Tom Sturridge is an actor who was born on December 21, 1985, in London, England. The 36-years aged actor has two siblings and his sister Matilda Sturridge is also an actress. Besides, Sturridge comes from a family that has a filmy background.

His mother, Phoebe Nicholls, is a talented English film, television, and stage actress, while his father, Charles Sturridge, is an English director and screenwriter. So, it is believed that the 5 feet 10 inches tall actor got inspired by his parents to get involved in the showbiz industry.

As we know, Tom Sturridge is not only famous for his work, but he also gets dragged into prominence due to his love life.

The news of him having a new girlfriend named Alexa Chung has been the talk of the town since they were spotted kissing at Wimbledon.

And the surprising thing is that Chung and Sturridge were sitting next to Sturridge's ex-girlfriend, Sienna Miller, and the photo spread like a fire on the internet.

Apart from their recent appearances at Wimbledon, the power couple was also snapped, enjoying Glastonbury 2022 together. Despite being spotted in public several times, both of them have not opened up about their love life and confirmed their relationship. From this, it becomes clear that Sturridge and Chung mainly prefer to keep their life away from the media.

On the other hand, Sturridge was previously in a relationship, and below we've talked about his past dating life.

Read More: Who Is the Gifted Actress Emma Dumont Dating? Rumors About Her Boyfriend

Well, the reply to the above query is no. Tom Sturridge has never been married despite having multiple affairs. However, Mixed Article reports that Sturridge was once engaged to his ex-girlfriend Sienna Miller.

Reportedly, Sturridge started dating Miller back in 2011. After being together for one year, the former pair also gave birth to a child, a daughter named Marlowe Ottoline Layng Sturridge, who was born in July 2012.

Furthermore, their relationship lasted for four years, and they announced their separation in the year 2015. Meanwhile, they have been spotted together a few times after their split.

Learn More: Who Is Drake Dating Now? A Complete Look at His Relationship Timeline

A report shows that Tom Sturridge had some affairs in the past. Apart from being in a relationship with Sienna Miller, he dated Maya Hawke. They met each other in the Hamptons in July 2020. Shortly, they fell in love and began their romance.

However, it is unknown when they broke up. Besides, Sturridge also has a record of dating Camilla Belle. Not only that, but some online portals report that he was once in a romantic relationship with Abigail Breslin. And now, Sturridge is said to be dating his new girl, Alexa Chung.

So, we also wish the couple the best in the future. Meanwhile, the Sandman actor may give more updates about his love life in the future.