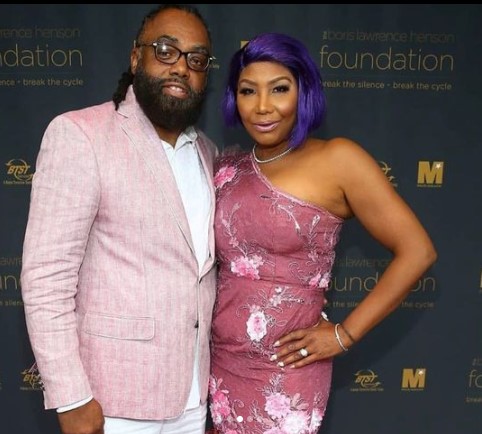 Kevin Surratt is the husband of late singer Traci Braxton who died at 50 following her long battle with esophageal cancer. Traci's husband Kevin Surratt confirmed the news of Traci's passing through an interview with TMZ magazine. Surratt revealed that his wife Traci had been undergoing a series of treatments up until her very death.

Born in November 1965, Kevin Surratt's age is assumed to be 56 years. Traci Braxton's husband's full name is Kevin Lawrence Surratt. His father's name is Sonny Surratt and his mother's name is Blondine Surratt. Not much is known about his early childhood. It's been revealed that Kevin had a younger brother who died when he was just a child.

Who Is Kevin Surratt's Wife?

Kevin Surratt's wife is Traci Braxton. Traci is a well-known American singer, reality television personality, and radio personality. Kevin Surratt's wife's debut single called"Crash & Burn" debuted at No. 108 on the Billboard Hot 200 chart with over sales of 4,000 in its first week. Moreover, on the relaunched Billboard R&B Albums chart, the single also peaked at No. 11 and then at No. 1 on the Heatseekers Albums chart.

Kevin married his wife Traci on 31st August 1996. The last year in August, the duo celebrated their 25th marriage anniversary. On the occasion, Traci's husband Kevin had uploaded a post on his IG of the couple vibing and dancing with each other. You can watch the cute moment here.

After the death of Traci, her husband Kevin Surrat uploaded a heartfelt post on his IG account with the caption that reads,

It took A lot for me to post this. It’s with A heavy heart I must say I’ve loss the love of my life @therealtracibraxton, due to her battle with cancer, She was my #dreamgirl my #world my #life #loveandbasketball #42 #mybonnie #lifeline #hummingbird #myrock #bestfriend #betterhalf #wife4life #myeverything. I’m lost without you, What am I supposed to do now..May god give me the strength. Thank you for our life we had together. Until we meet again Babygirl ETERNAL LOVE My FOREVER & EVER TRARATTðŸ•ŠðŸ’”

Besides singing, Traci Braxton had also acted in films namely Sinners Wanted in the year, 2018), All In (2019), and The Christmas Lottery in the year 2020.

Also, read about What Happen To Traci Braxton? Braxton Family Issues Statement After Traci's Death And Net Worth

Traci Braxton's cause of death was Esophageal cancer. Kevin had talked with TMZ that his wife had been undergoing a series of treatments for over a year. Traci's battle with cancer had been kept very confidential and only her family members knew about her condition.

Esophageal cancer is a type of cancer in which malignant cells start to develop in the tissues of the esophagus. Smoking, heavy alcohol use, and Barrett's esophagus are said to increase the risk of esophagal cancer.

Kevin Surrat and Traci Braxton's firstborn Kevin Jr posted a picture of himself hugging Traci on his IG. Traci's son penned a touching tribute In her memory and wrote, "She fought to the end and today she’s at peace. I love my mother forever and this hurts so much but I’m at peace knowing she’s isn’t in pain anymore."

Likewise, Traci's sisters also uploaded the picture of the five sisters and informed their followers about the passing of Traci. They wrote how Traci was a bright light, a wonderful daughter, an amazing sister, a loving mother, wife, grandmother, and a respected performer.

Moreover, they also asked followers and fans to respect the family's privacy at the moment.