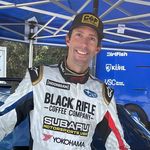 Travis Pastrana is also a television series producer besides a Car stunt performer. He is a great stunt performer who had won many X Games gold medials including freestyle motocross, supercross, rally racing, motocross. He also runs a show called "Nitro Cirus" and "Nitro Rallycross".

Travis the stunner was born on October 8, 1983, in Annapolis, Maryland, US. His age is currently 39 years old as of 2022. His birth sign is Libra. Travis Pastrana holds an American nationality and belongs to the White American ethnicity. Travis Pastrana's full name is Travis Alan Pastrana.

He is the son of Rober Pasrana (father), and Debby Pastrana (mother). He was a brilliant student as well as had earned good grades in school and enrolled in "The University of Maryland".

Travis Pastrana has a very interesting love story, On June 4, 2011, during a live performance of Nitro Circus, he had officially proposed to a professional skateboarder Lyn-Z Adams Hawkins. According to sources, They had been dating for around two years since 2009, and changed their dating into marriage on October 29, 2011, and celebrate between families, friends near the home of Hawkins.

Travis Pastrana and Lyn-Z-Adams had completed their 10 years of marriage without any controversy.  They have a happy relationship till today. Now, the couples live in Davidsonville Maryland.

How Many Broken bones does Travis Pastrana have? Injury Explored

Travis Pastrana as a professional motorcyclist and stunt performer had a lot of injuries in his career. He has broken about 60 bones and suffered over 30 injuries and he fell unconscious. He once said:

I don't remember most of the injuries, there have been too many.

His first injury was when his age was just 14 years old and suffered a terrible injury while competing in an FMX competition. He was in such a serious injury that he was in a wheelchair for three months.

He had a lot of injuries while recently, his pelvis was broken during a BASE jumping in Florida, where he crash and landed in a park, which had made him unable to participate in the 2022 ROC.

You Must Read: Are Josh Richards & Loren Gray together? Explore About Breakup And Datings Rumours

Travis Pastrana's Achievement And Net Worth

Travis Pastrana had a lot of motorsport achievements in his motorsport career, he is one of the most famous and popular person in this field. He had played in many competitions and been runners-up, champions, talking about his famous achievements.  He had been champions in AMA Motocross 125cc (2000), AMA Supercross 125cc (2001), Rally America (2006-2009), American Rally Association (2017), and recently Nitro Rallycross (2021). 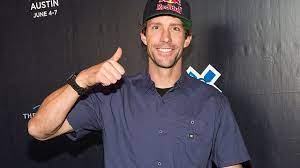 Travis is loyal to his sponsors, he always rides Suzuki Motorbikes. He had various sources of income from the shows, from being champions, doing influencing through Instagram where he had great numbers of followers. He had approx 30 Million Net worth as of March 2022.

Travis Pastrana had a massive fan following on his social media account. He has more than 4.2 million followers on his Instagram. He also uses Twitter where he has 800 k followers.