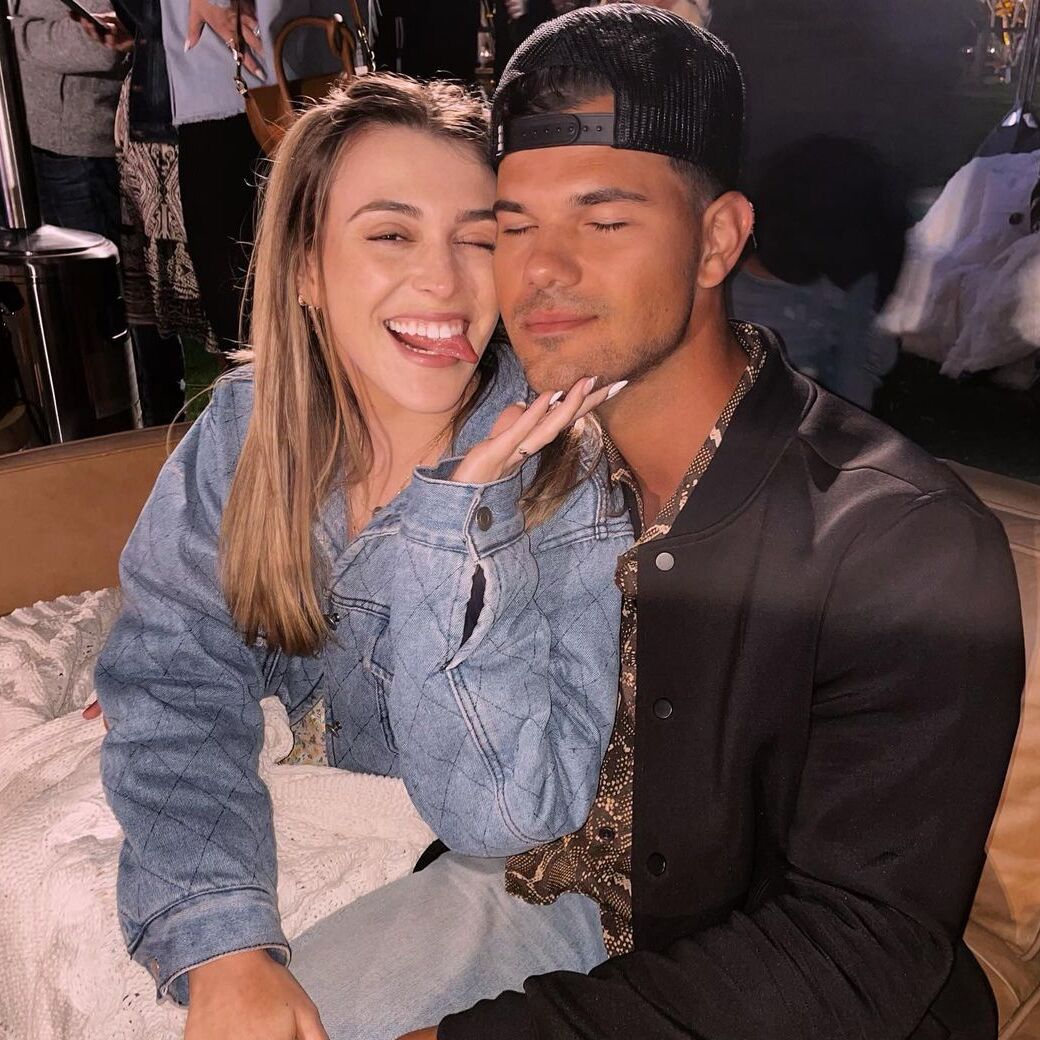 Taylor Lautner is a well-known American star. Most people remember him from the hit Twilight series. He already has an established fanbase from across the globe. His personal life is an intriguing topic for many. Fans go crazy over his romantic life details.

Recent news of his engagement to Taylor Dome made many headlines. Them having the same first name has also amused many fans. Some of his female fans were even a bit upset at the news. However, the vast majority of them have been digging deep to find out more about his Fiance.

Who Is Taylor Dome?

Fans want to know that who stole the heart of the actor of Twilight.

Taylor Dome was born on 17 March 1997 in Los Angeles, California making her 24 years old as of November 2021. She was brought up in the Southern California region and she has spent her whole life there. People might assume that the fiance of an actor might be in the showbiz business as well but that is not the case.

She is a trained nurse instead. She got her nursing training from the College of the Canyons located in Santa Clarita. She graduated from nursing school in the year 2019. She has also proudly shared a picture of her wearing a ceremonial gown with her friend.

Her Instagram account features pictures of her in a pair of navy blue scrubs. Dome is flashing a smile despite the harsh reality of her job during the covid-19 pandemic. Her social media gets frequently updated with her fashion and lifestyle.

Dome prefers to call herself a dog mama. She has a total of 205 k followers on her Instagram profile despite being a non-celebrity person.

Who Is Taylor Lautner?

Taylor Lautner is the actor who won the hearts of millions with his role as a hunky werewolf Jacob Black in the hit Twilight series. He was born on 11 February of the year 1992 in Michigan. His mother used to work for a software company and his father was a pilot.

He was brought up alongside his sister Makena Moore. He hails of Dutch, French, and German ancestry. He grew up in Hudsonville of Michigan. He doesn't really need any introduction as he has a huge, cult-like fan following and admirers.

Lautner made use of his Instagram to share the exciting news. He posted a bunch of pictures from the night he popped the question. He proposed to her the good, old-fashioned way by getting down on his knees. The background in the picture looks perfect for the occasion.

The picture also shows a custom sign in neon and lit-up words that read Lautner. The two love birds seem lost in one another as seen in the picture. Lautner also had a sweet thing to say about this important part of his life. Hence, he wrote:

And just like that, all of my wishes came true

Fans are awestruck and overwhelmed in a good way. It had not been very long since Lautner's co-star from Twilight, Kristen Stewart had confirmed her engagement.

It is such a sweet co-incident that the co-stars got to get engaged around the same time making the fans happy. We might hear wedding bells pretty soon if everything goes smoothly.

It was not easy for Lautner to find the one for him. He has had a few failed relationships just like everyone else. He was rumored to be dating the Grammy-award-winning country singer Taylor swift back in 2009. A few people think that Swift's Back To December is a song about Lautner.

But the breakup turned out to be good for both in the end. Swift's song became a hit and Lautner found his long-lasting love. So, fans cannot complain at this point. Both of the girls he dated had the name Taylor just like him which is a funny co-incident.

Lautner and Dome had confirmed that their relationship is three years old. They have shared a Halloween social media post from the year 2018. They never revealed how did they meet. But Dome is a friend of Lautner's sister. Maybe they met through his sister Makena Moore.