Whitney Way Thore From “MBFFL” Has a French Boyfriend? More About Her Ex-Fiance Chase Severino 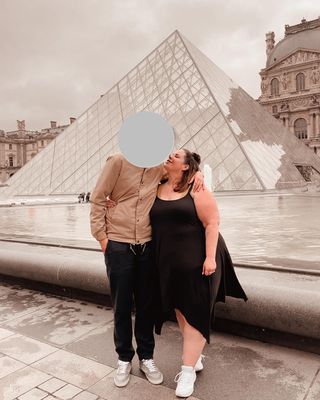 Whitney Way Thore is very saddened by the news that her ex-fiance Chase Severino is engaged to the same woman with whom he cheated on her. Well, even though she is not surprised by his actions, she still feels hurt.

In an exclusive clip from one of the episodes of My Big Fat Fabulous Life, Severio quickly slips in the news of his engagement as they randomly catch up at a bar.

Whitney Way Thore was stunned hearing the news and her jaw dropped immediately knowing that he has already been engaged. But having said that, she has now moved on and is happy in her current relationship.

Read more: Is Pedro Pascal Gay? When Is His Upcoming Project Strange Way of Life Starting Its Productions?

Whitney Way Thore has had a very rough patch with her then ex-fiance who betrayed her. But as of now, she is in a relationship with her French boyfriend, whose name has not been revealed yet but she has posted several pictures restricting her to show his face and reveal his name.

Thore respects his new boyfriend’s decision to remain silent and be nameless in the upcoming season of My Big Fat Fabulous Life. She believes that this will protect her new man from all the hatred and negativity. She is well aware of the negativity her ex-fiance experienced.

Thore has therefore posted several images from her recent trip to France with her new secret man, hiding his face in each and every picture. The picture depicted the couple walking holding hands through the Parisian neighborhood and standing in a pose in front of the Louvre.

She has always been a person who had a love/hate relationship with social media. But in the past year, things have gotten pretty much problematic, as she has also mentioned in the post before why she has hidden the face of her boyfriend. She still wants to share some of their pictures claiming to maintain the privacy of her boyfriend.

The duo met while taking an online language class together and since then they have been dating together. Whitney Way Thore and her close friends just refer to her man as the “Frenchman”. Well, this much we know that her Frenchman resides in Paris and has not yet been revealed on Thore’s TLC program as well. Also read: Jack Gilinsky Baby Rumors Flood Twitter As Video With Girlfriend Geneva Natalia Confuses Fans

Chase Severino is the ex-fiance of Whitney Way Thore and he enjoys his life to the fullest with his daughter Aurora and girlfriend Sarah in Wilmington, Delaware. Recently, the duo has made themselves public and they have bought a joint purchase new home.

The fact that Chase Severino cheated on Whitney Way Thore devastated Whitney and her fans too much. You guys will also be able to counter many countless shocks as the new season approaches.

Chase Severino had cheated Thore during the pandemic hit the road. Severino ended his engagement with Thore and abruptly left the popular TLC show. Well, Severino had proposed to Whitney at the top of the Eiffel Tower in Paris, hoping that the couple would last long and everyone thought they were happy together. But this was all a fantasy.

As her ex-fiance moved on and revealed further that his new chapter has begun, she had an emotional breakdown, and tears came to her eyes due to her uncontrollable feelings. She also confessed that she has never seen him so happy and it makes her happy and sad at the same time.

For Thore, it's a mixture of feelings, but she does not hate him and firmly believes that she is happy for him.

Is Whitney Way a Mother? Does She Have a Baby?

A television TV star personality does not own any baby as of 2022 and is not a mother yet. Fans are more curious than ever to know if she has a baby after she posted on her Instagram, a photograph of herself holding a baby and captioning it by asking to whom the baby belongs.

In fact, she has also wished for a baby of her own and she was also shown doing an IVF procedure to get pregnant after turning 36.

Well, Thore has a long desire for a child and to enter into motherhood but sadly she is not pregnant nor does she has a baby as of 2022.