Who Is Draya Penzo? All About The 'Black Ink Crew: Chigao' Star's Tattoo Shop 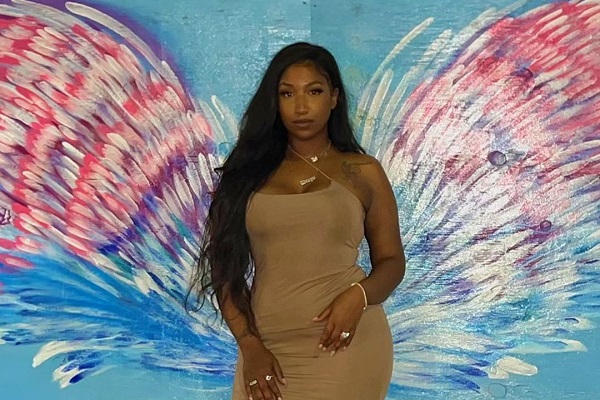 Draya Penzo is a tattoo artist who came to fame as a cast member of the television reality show Black Ink Crew. The show gives tattoo enthusiasts an insight into life working in tattoo shops 9 MAG and 2nd City Ink as a tattoo artist.

Furthermore, Penzo caught the viewers' attention as she decided to leave 2nd City Ink. She started to work at 2nd City during season 6 of Black Ink Crew in 2019. Each episode in the series includes the latest staff gossip and drama involving Draya and her co-star Charmaine.

Who Is Draya Penzo?

Draya Penzo is a fun-loving, talented, confident, and self-taught tattoo artist. She mastered the tattoo craft by watching YouTube videos. The artist looks happy and confident in the show. But she has a past that includes an abusive relationship with a father who abandoned her and her mother.

Her tragedy didn't just end there. Her mother committed suicide after her father left them. She is a recently converted Buddhist and believes in samsara, the cycle of rebirth.

Also Read: How Much Is Bobby Deen Worth? All About His Wife, Net Worth And Triplets

Draya Penzo has been a cast member of Black Ink Crew for quite a while now. The tattoo artist has accumulated many well-wishers and admirers through the show. The episodes, which showed her feud with fellow Black Ink Crew Star Charmaine Bey, dragged her more into the spotlight.

When the news of her leaving the show surfaced in the media, fans were concerned to know the fact. The sixth season showed fellow artists calling out Charmaine Bey being for not having the licensing paperwork in place. The following season, however, showcased Charmaine focusing on the shop and attempting to ensure that legal issues were handled properly.

This is not the first time Draya has left 2nd Ink City. In fact, she had left it once in 2019 but came back again. So fans are unsure if she is going to come back like the last time or not.

Draya had left 2nd City in 2020 to join Ryan and his crew over at another tattoo shop, 9 MAG, which caused a lot of bad blood between Draya and Charmaine. Fans have been wondering if they would ever be able to fix things.

For old-time sake, Charmaine had decided to give Draya a second opportunity to work at her shop. The two had also agreed to forgive and forget for the sake and betterment of 2nd City Ink.

Things did not continue to remain civil between the cast of Black Ink Crew: Chicago. In an exclusive clip ahead of the November 1, 2021, episode, Charmaine and Draya’s tattoo booth drama continues to bubble at the surface.

Things got heated on one of the Black Ink Crew Chicago episodes between Charmaine and Draya. Draya was unhappy with Charmaine as she received only one pass for the tattoo convention. She was seen attempting to explain that she paid for half of the booth, which would require her to get three passes.

I refused to pay a booth rent because Char never did anything to make her shop worth it. I could rent a whole ass apartment for that amount if I’m gonna have to do and supply everyyyything on my own. A shop is supposed to nourish the artist, the artist in return feeds the shop. — Andrea P (@DrayaPenzo) October 26, 2021

Charmaine, on the other hand, only provided her with one. She claimed that Draya only agreed to a guest spot at the booth and was calling foul on the situation. She also explains that she still has to honor Draya's work even though the entire shop agreed to do the tattoo convention together.

Draya has claimed that she has never agreed to Charmaine's terms and conditions. This has caused a verbal blow between the two artists. Later, Charmaine fired her.

She has 40.2 k followers on her Instagram profile. Draya states that she is a Tattooist, Designer, and Painter in her bio. She shares breathtaking pictures of herself and the latest tattoos she has created. The majority of her fame on social media goes to the show itself.