Who Is Grayson Chrisley? Details On The Television Reality Star Kid From 'Chrisley Knows Best' 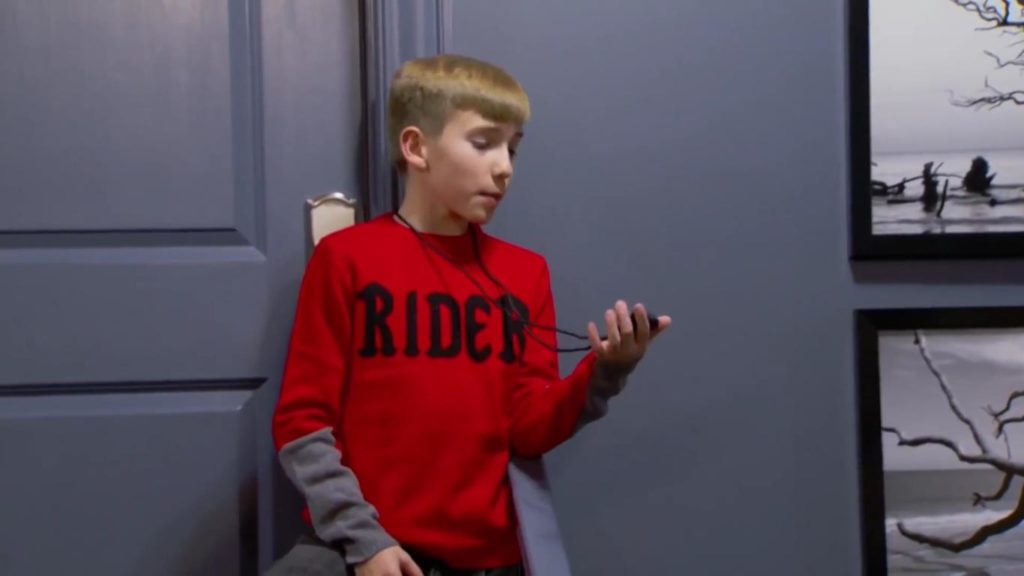 Grayson was merely 8 years old when the show began. One fan expressed her surprise via tweet:

Grayson so tall now  ðŸ˜­ we legit watched him grow up

Grayson Chrisley is the youngest child of the star couple of the reality television show Chrisley Knows Best, Julie and Todd Chrisley.  He grew up to be a young teenager alongside four other children while the show is still on go. 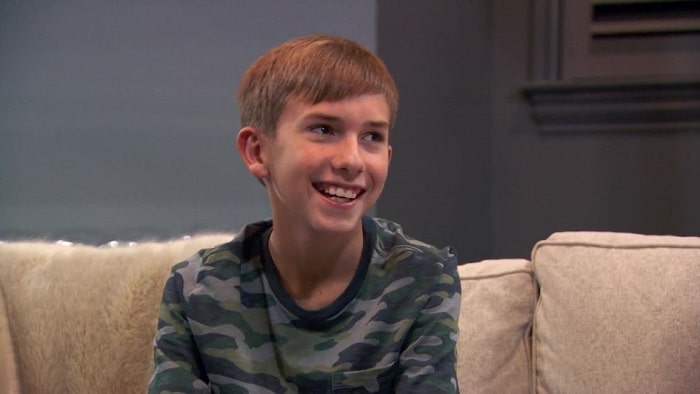 Grayson caught attention after his homecoming where he looked clearly much taller than the viewers remembered him to be. He looked so much taller than his older brother Chase Chrisley at just the age of 15. His voice has changed too. A fan noticed that too and tweeted:

Grayson’s voice keeps startling me. It’s just so deep and I’m not used to it. #ChrisleyKnowsBest.”

Viewers speculate that he has stolen the hearts of many girls of his age.

Who is Grayson Chrisley?

Grayson Chrisley is the youngest child of the main cast of the show. He was born on 16 May 2006 to his parents Todd and Julie after three older siblings, Chase, Savannah, Kyle, and Lindsie Chrisley.

Grayson was known for his love for sports in the show. He also caught the attention of the viewers with his mischievous banter. He went into the limelight quite young. This might help him amplify his career in the future. 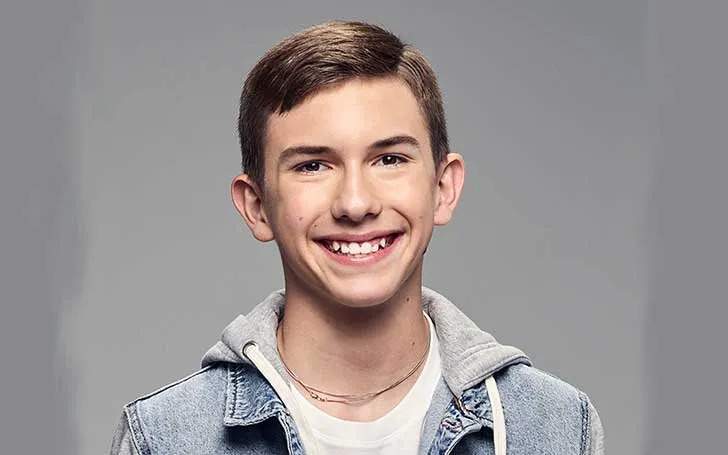 He lived a comfortable childhood as the child of a millionaire father. His father is quite protective and possessive of him. Grayson is not allowed to be on Instagram all by himself as he is a minor. His Instagram handle with 279k followers is handled by him and his father Todd jointly.

You May Also Like: The Musician Jordan McGraw's Profile - Net worth, Wife, Children, Tattoos

As he went to homecoming, his family posted multiple pictures and videos of him all dressed up for the occasion on their social media. His older siblings Savannah and Chase gushed about their baby brother's special day on their Instagrams.

Savannah posted a picture of her and Chase holding Grayson in the middle and her 2.3m subscribers were stunned. She wrote:

Chase posted the same picture with a caption:

‘Twas the night before Grayson got grounded! Homecoming for my buddy!

Grayson seems to have fun with his brother's company. A day later, Chase posted another picture of him hanging out with his brother Grayson on his Instagram. Father Todd couldn't keep himself from the joy that his youngest was old enough for homecoming. He also chose Instagram to express his happiness for this milestone.

Fans are taken by surprise by how different Grayson looked. "Omg when did he get so grown ?!" said one.

Who is Grayson Chrisley dating?

Grayson is only a teenager therefore him being in a relationship is an unlikely occurrence. But Grayson's father has posted a picture of Grayson with his beautiful date on his Instagram: 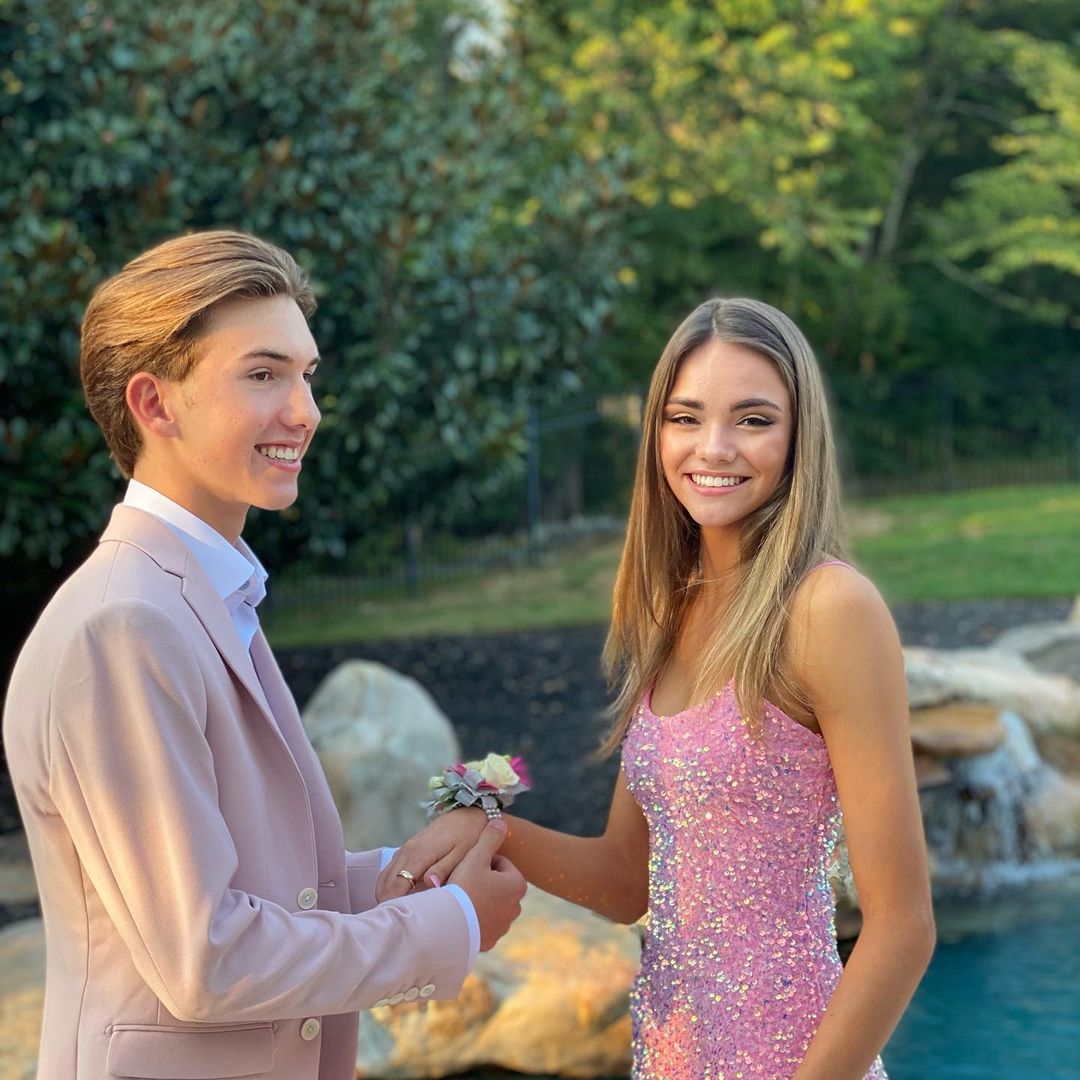 Some fans have noticed a girl tagging Grayson's Instagram frequently who might be her girlfriend. She has posted the picture of hers and Grayson with a heart emoji. The two have been hanging out a lot but there has been no confirmation on whether the two are just friends or are dating.

Grayson hails from an extremely wealthy family. Given the fact that Grayson grew up a reality TV star, it is assumed that he has a high net worth. Although not official, some online sources have claimed that Grayson is worth $1.5 million, while some others have estimated it at $4 million.

How tall is Grayson Chrisley?

Grayson appeared to be much taller than his brother Chase who is 5 feet and 5 inches tall. Grayson's height is a little over 6 feet and he is only 15. He is still growing up which means that he might get even taller than his current height in the future.