Who Is Popp Hunna? Get To Know The Rapper's Net Worth, Personal Life And His Music Career 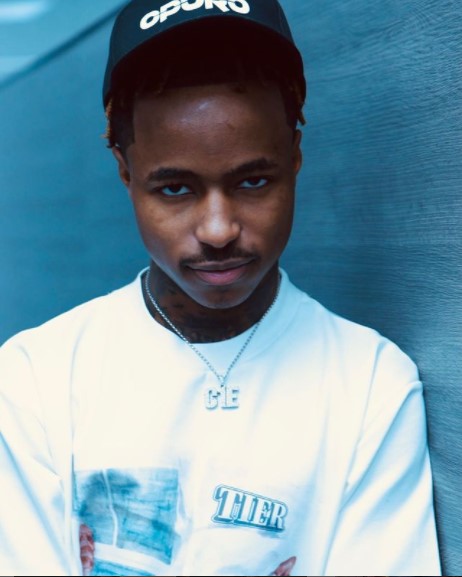 Popp Hunna is an American rapper, singer, and internet personality. He writes and performs his songs alongside producing them. He rose to fame after his 'Corvette Corvette' aka 'Adderall' took off on TikTok and Spotify. The rapper's latest project was called Mud Baby that featured ten tracks. he released the album on Christmas Day, December 25, 2020. The album Mud Baby includes appearances from Lil Uzi Vert, Toosii, and Petty Level as well. It has a total of ten tracks.

Among those ten tracks in Mud baby, the rapper experienced a viral hit record with "Adderall (Corvette Corvette)". The North Philly rapper’s track gained over 27 million streams on Spotify alone and even caught the attention of stars, such as Kevin Hart, Sasha Obama, and Jayda Wayda.

Who Is Pop Hunna? Know about his Early Life

Popp Hunna's real name is Omir Bernard. He was born in  North Philadelphia, Pennsylvania, on 21 October 2000.  As of present, he is 21 years old and will be turning 22 this October. The details about the rapper's parents haven't been publicized. Omir Bernard, aka, Pop Hunna seems to have had a tough childhood. In a quite lengthy post the rapper published on his Instagram Page, he shared about the hardships he had to face growing up. He mentioned that he'd wear the same clothes every day and cut the back of the shoes so he could squeeze his foot in them.

The Rapper continued to share about his struggles. He mentioned there was no food to eat at home and so he'd to go to school to eat because he knew it would be guaranteed there. In 11th grade, he dropped out of school after finding out he was going to have a kid but wouldn't get hired in any of the jobs. Eventually, he pursued rapping becuse that was his dream. The rapper further wrote

it’s never a over night process chasing your dreams , but good things happen to good ppl if you play your cards right

Prior to being famous through his songs going viral on TikTok, the philly rapper worked on several songs that he posted on YouTube. In 2018, he released the single "Choppers" which did fairly well.

In 2019, the official video of 'Struggle' was released which got plenty of good reviews. Sometime later, Hunna released his song "I'm Single". It received an overwhelming reaction from all music lovers for his brilliant rap on the song. TikTok soon was flooded with new trends on I'm Single, with a total of 587.5K videos and counting.

Popp also released other few singles like “It’s Cool”, “YWN (Young Wild Nigga)” and “Attachments”. His next significant hit arrived with the song “Adderall (Corvette Corvette)”. The song has over 16 million views on YouTube. and still receiving good responses.

Just a few months later, he released a remix version of Adderall (Corvette Corvette) that featured Lil Uzi Vert. The duo set the internet over a frenzy with their aamzing combination and their video on Youtube has over 29 million views!

Popp recently released a song called "Beneficial" featuring Toosii. That became another hit of his career. On January 7, 2021, he released the official video for "Mud Baby".

Explore More: What Happened With Hailey Tomlinson And Matthew Blevins? Know All About Their Relationship

Pop Hunna isn't married to anyone. The rapper was rumored to be dating  Fight Fight rapper, Asian Doll in February 2021. But later, both the parties cleared all the misconceptions and revealed they were only friends. as of now, we assume Popp to be single!

After becoming a Tiktok sensation overnight, some of the rapper's past came surfacing all over. Popp Hanna is known to have witnessed the murder at the age of 14 and cooperated with the police to provide information on several parties involved. When documents of Popp Hanna's conversation with police emerged at the end of 2020, Lil Uzi Vert, Trippie Redd, and Lil Tjai spoke out against it, calling it a violation of the "street code".

Uzi even said he regretted remixing "Adderall" and wanted his passages removed from the song. Uzi allegedly said, "Lil bro you got to take me off ya EP I can't accept what you did,"  Even after Hunna defended himself, Uzi apparently send he just couldn't respect what Hunna did and had no intention of being involved with him.

On January 6, Hunna appeared on offtherecordclips and talked about what happened ever since.

As of 2021, Popp Hanna's personal fortune is estimated at around $200 Thousand. He made most of his money through his music career. In addition to music, he has also worked as a pro model for various streetwear brands. Therefore, he has earned through brand sponsorships well.

Pop Hunna is active on his Tiktok Account which has over 769.4K Followers and 6.4M likes. Besides, Hunna also frequently posts on his Instagram page. In both of these accounts, he recently uploaded a tease of his upcoming song. Hunna also has a Soundcloud account which boasts 24.5K followers. The rapper also has his own youtube channel called Popp Hunna yah that has over 353K subscribers.