Are Yara Zaya and Jovi Dufren From 90 Day Fiance Still Together? Relationship Update and Pregnant Rumors 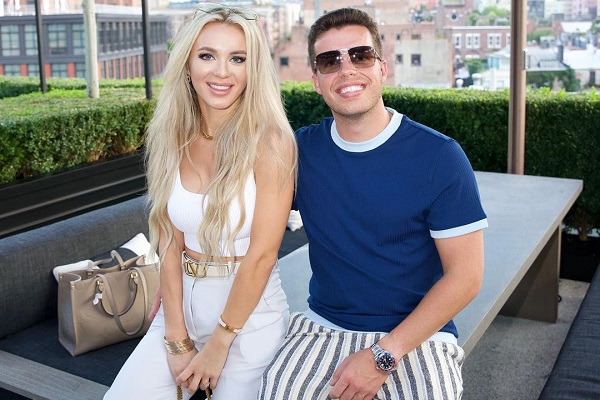 90 Day Fiance is a reality dating show that has a massive fan base from different places. Many couples got famous after appearing in the show, and one of them is Yara Zaya and Jovi Duren. The 90-Day fiance couple got into the media prominence after appearing in season 8 of the show.

When Zaya first arrived in New Orleans, Louisiana, from Kyiv, Ukraine, she was left at home while Duren would stay out all night with his friends. They have been married for two years and have also started a family of their own.

Throughout their togetherness, the duo has gone through many hard times. Despite all of their problems, Zaya and Duren have come a long way, and now 90 Day viewers are eager to know if the duo is still together. Keep reading to learn everything about their relationship update and more.

Starting their early meeting, Yara Zaya and Jovi Duren met online and started talking when they matched on a travel dating app. In 2018, Duren and Zaya went to Budapest to meet in person after three months of talking on WhatsApp. Shortly, they fell for each other and began dating.

Duren popped the question on a beach in Cuba four months later. During that time, Zaya had a miscarriage. After that, their bond got stronger. After getting engaged, they filed for a K-1 visa to bring Zaya to the U.S. Since the duo only had 90 days to get married, and Zaya was pregnant again, they decided to have a small marriage.

So, on February 14, 2020, the 90-Day Fiance couple tied the knot in a Las Vegas wedding chapel. Their wedding ceremony was organized by an Elvis Presley impersonator. Their first child, named Mylah Angelina Dufren, was born on September 3, 2020.

Click To See: 90 Day Fiancé: Yara Zaya and Jovi Dufren’s Joint Net Worth and Job – Here's What We Know!

Are Yara Zaya and Jovi Duren Still Together?

Yes, Yara Zaya and Jovi Duren are still together, and their married life appears to be going well. In this season of 90 Day Fiance, they had a dramatic storyline. Despite that, the couple makes regular posts on Instagram.

On December 3, 2022, Duren shared a photo with Zaya and their child. They were at Garmisch-Partenkirchen, Germany. Once, the rumors of the couple getting divorced circulated on the internet. Duren also said that for the sake of their daughter, they are together. Also she went on to admit that children also hold many couples relationships.

Yara Zaya Pregnant Rumors: Is She Have a Second Baby?

The pregnant news of Yara Zaya has left many people curious. Also, the social media posts of Zaya and Duren have left viewers thinking that the couple may be planning to have a second baby.

As said earlier, Duren posted a photo with Yara and their daughter at Garmisch-Partenkirchen, Germany. The picture reads, "Mylah telling her Mom she wants a sibling." Also, in the December 3 episode of Happily Ever After, Duren talked of having another child.

Duren expresses his disappointment over Zaya's desire to stay in Europe for longer. Duren asks, "I was wondering if you wanna come back home. How do you think you would feel about us having another baby?" He continues, "I don't wanna wait forever like don't want to be an old dad."

Not only that, but Duren said, "Maybe a child could strengthen our relationship. If Yara got pregnant again, it could bring us closer." However, Zaya refuses the proposal saying, "No, because I will be the person who'll raise them; you are always at work." Zaya said she does not want to have another child for at least four years.

Read More: Does Azie Tesfai Have a Husband? Explore About her Married Life and Relationship

As said above, Jovi Duren wants to have another child, but Yara Zaya is not ready. So, due to that, their relationship appears to be in problem. Jovi made a proposal to Yara to have another baby, which may make their bond stronger.

After that, many 90-Day Fiance viewers also took to Instagram to give their opinion of the couple having another baby. A user said, "Yep, kids fix everything."